You Could Soon Be Living in Teslaville 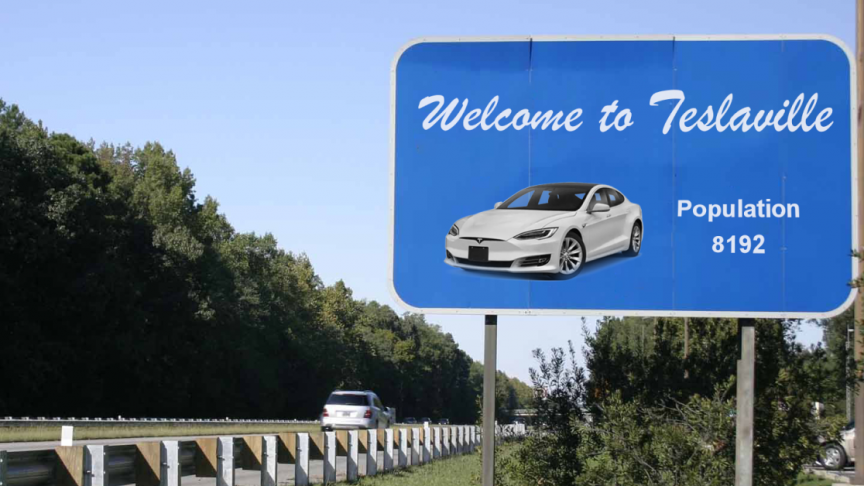 Do you ever feel like you’re living in the “country of Amazon,” the “county of Tesla”, or the “city of Facebook?” Increasingly, tech companies have taken over large portions of how we live our lives and do business.

Now, the state of Nevada is actually creating a way to make that happen. According to the Las Vegas Review-Journal, Nevada governor Steve Sisolak has announced plans to launch Innovation Zones that would allow tech companies to form their own local governments.

Sisolak unveiled this novel concept during his State of the State address on January 19, 2021, describing the zones as a way to lure companies that are at the forefront of “groundbreaking technologies” such as blockchain, autonomous technology, robotics, artificial intelligence, the internet of things, wireless technology and renewable energy to the state.

Nevada has already successfully lured Tesla to the state, with that company having built its Gigafactory outside Reno, Nevada. Beginning in 2016, Tesla began production of its Tesla Model 3 electric motors and battery packs and Tesla energy storage products at the Nevada facility.

According to a February 19, 2020 story on the Electrek website, Tesla has completed a second facility right next to its original facility that may, according to a source quoted in the article, be used to produce Tesla’s all-electric semi-truck, the Tesla Semi.

Governor Sisolak’s proposed legislation has not yet been introduced in the state legislature, however, the Review-Journal was able to get a copy of it. The legislation proposes that tech companies would have the same authority as a county and that they could impose taxes, form school districts, create justice courts, and provide other governmental services.

The draft legislation states that the traditional local government model is “inadequate alone to provide the flexibility and resources conducive to making the state a leader in attracting and retaining new forms and types of businesses and fostering economic development in emerging technologies and innovative industries.”

Within the Innovation Zones, companies would take over the duties of the counties in which the zones are located. They would become independent governmental bodies administered by a three-member board of supervisors who might be appointed by the company.

The legislation states that the proposed Innovation Zones would have to be at least 50,000 acres (20,234 hectares) of undeveloped and uninhabited land, and that land must lie within a single county. The land must also be separate from any current city, town, or tax area. The tech company would also need to demonstrate an initial investment of $250 million, plus provide a plan showing an additional $1 billion in investment over a ten-year period.

The company would be required to report on its progress to the legislature every other year, describing its capital investments, development of infrastructure, the number of people employed, and an estimate of the economic impact of the zone.

A series of coincidences

Coincidentally, in 2018, the company Blockchains, LLC, which is owned by the cryptocurrency pioneer Jeffrey Berns, purchased 67,000 acres of undeveloped and uninhabited land located east of Reno in the Tahoe Reno Industrial Center (TRIC), within Storey County. There, Blockchains has promised to build a “smart city” that would run completely on blockchain technology.

At 107,000 acres (43,301 hectares) the Tahoe Reno Industrial Center is the largest such center in the U.S. and it is home to more than a hundred companies including PetSmart, Home Depot, Zulily, Thrive Market, and Walmart.

Even more coincidentally, Blockchains, LLC gave $50,000 to a political action committee, or PAC, called Home Means Nevada, which was involved in Sisolak’s taking office in January 2019.

Storey County Commissioner Lance Gilman told the Review-Journal that the Blockchains Innovation Zone would “have an impact on Storey County, and the jury is still out on whether that will be positive or negative.”

Nevada State Senate Minority Leader James Settelmeyer, whose district includes Storey County, told the Review-Journal that “the legislation seems to be rather one-sided, that the Innovation Zones get to make determinations and the county has to go along with them.”

A long history of company towns

America has a long history of company towns, places where all housing and stores are owned by a single company that is also the main employer.

Like Nevada’s proposed Innovation Zones, company towns were usually organized around a single industry, such as coal or metal mines, lumber or steel production. Famous company towns include Pullman, developed during the 1880s just outside Chicago to house the 6,000 workers who were building Pullman rail cars, freight cars, streetcars, and elevated train cars, along with their dependents.

In 1893, when demand for rail cars fell, railway pioneer George Pullman lowered employees’ wages and increased working hours, but he didn’t lower the cost of rent or goods in the town. This led to the Pullman Strike of 1894 which shut down rail traffic west of Chicago.

To quell the strike, President Grover Cleveland sent in troops, and on July 7, 1894, national guardsmen fired into a group of strikers, killing 34 people. This led to an investigation by a presidential commission, and the Supreme Court of Illinois forced George Pullman to divest his ownership of the town, which was annexed by the city of Chicago.

A more philanthropic vision of the company town was offered by Milton Hershey, the founder of Hershey Chocolates. In 1903, he founded the town now known as Hershey, Pennsylvania, an unincorporated community within Derry Township, 12 miles (19 km) east of Harrisburg.

Hershey opened a new factory on the site, and founded a model town to house his company’s workers. The town included a public trolley system; homes for workers with modern amenities such as electricity, indoor plumbing, and central heating; a free school to provide education to the children of employees; a free vocational school to train orphaned and underprivileged boys; and later an amusement park, golf courses, community center, hotel, zoo, and a sports area.

The idea behind the town was to create, “a perfect American town in a bucolic natural setting, where healthy, right-living, and well-paid workers lived in safe, happy homes.”