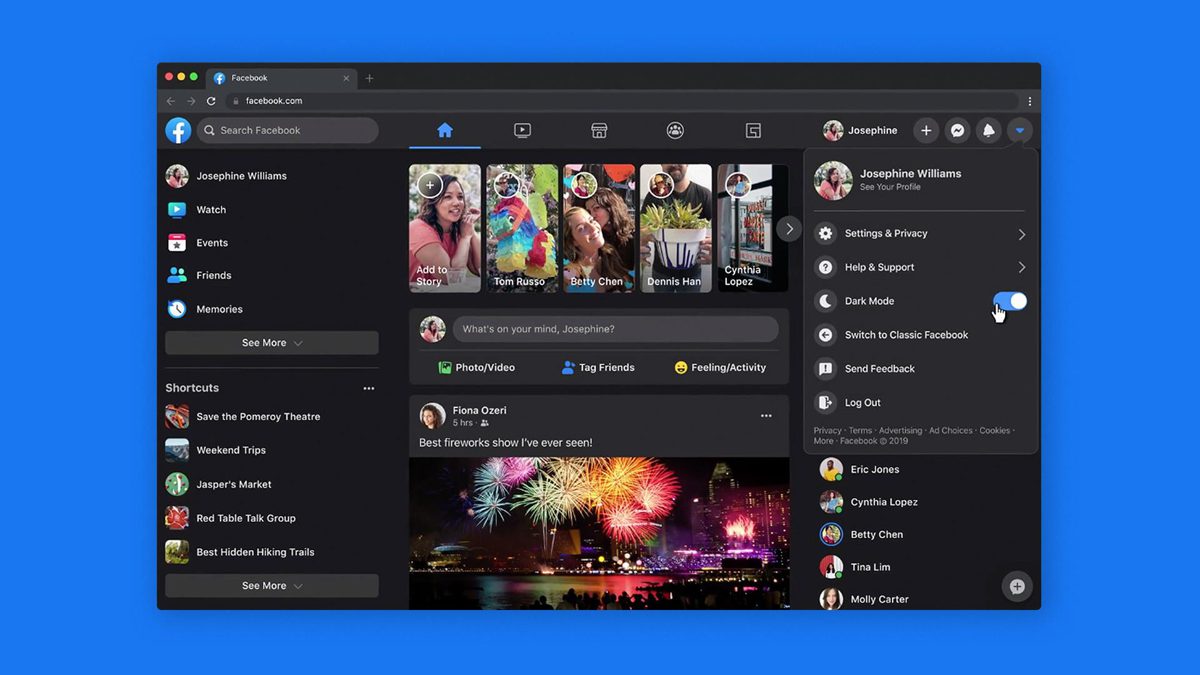 Facebook announced that all users are set to transition to its redesigned website. It’ll take a few weeks to complete, but the global roll-out signifies a shift from testing the layout for a small percentage of users to establishing it as a standard that users cannot escape from.

Introduced in 2019, the redesign focuses on usability. Facebook describes the layout as easier to use and faster than any earlier version. In its blog post, Facebook admitted that it built a plethora of new features and integrations on mobile devices in the last 16 years but didn’t prioritize the desktop experience. Several months of research with users led to the creation of its redesigned website, and Facebook now feels that users can navigate quickly to discover content across the platform.

You’ll feel that it’s familiar if you’re currently using the iOS or Android app. Facebook took a lot of the elements from those apps and repackaged them for laptops and desktops. It’s every feature Facebook offers, just in a prettier presentation. Some users might feel out of place, but overall it does appear simple and intuitive to navigate through. It shouldn’t take long for resistant users to warm up to the redesigned website.

In addition, Facebook confirmed users can turn on a tailored dark mode. “Enjoy lower brightness, alongside contrast and vibrancy, with dark mode,” the blog post reads. “It minimizes screen glare for use in low light, wherever you are.”