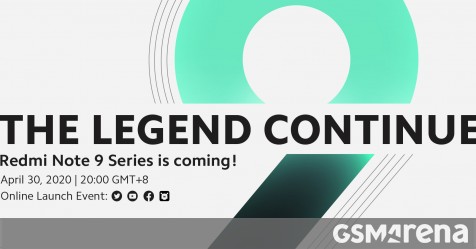 Xiaomi has announced on its global social media channels that it will be launching the Redmi Note 9 Series. The launch will be through an online event, which will take place on April 30, 20:00 GMT.

The legend of #RedmiNoteSeries continues!

Get ready to meet the newest members of #RedmiNote9Series as well as other great Xiaomi products! #NoMiWithoutYou pic.twitter.com/iWpxwDgCWm

There are also rumors of a Redmi 10X, an upcoming mid-range smartphone from Xiaomi, which could be sold as Redmi Note 9 globally. We could see this being announced alongside the previously announced devices on the 30th.

The announcement also hinted at “other great products” besides the smartphones, so we might see some new accessories being launched as well.

Stay tuned for any further information regarding this launch.