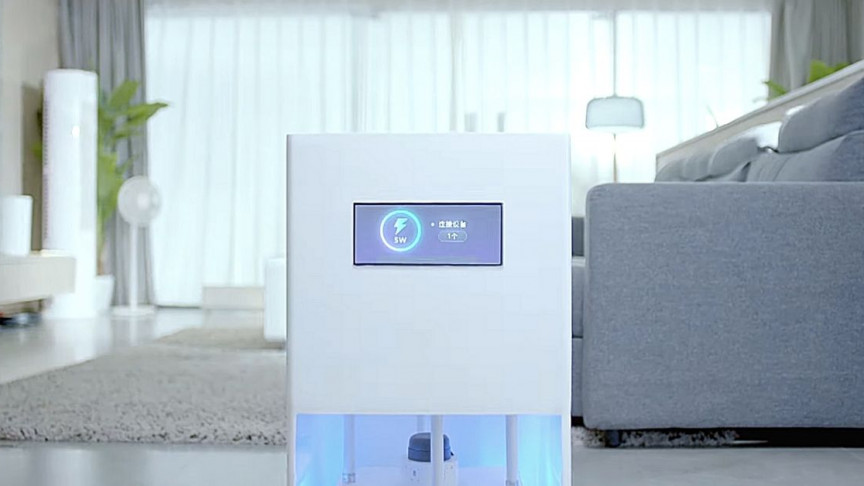 Xiaomi debuted a new form of charging called Mi Air Charge Technology — allowing users of smartphones and other wireless devices to charge remotely from a medium distance, according to a new video shared on the company’s YouTube channel.

Xiaomi’s new remote charging technology’s core innovation is its spatial positioning and means of energy transmission. The isolated “charging pile” includes four antennas — which can adequately detect and follow the smartphone’s location across a room.

This is done with a phase control array — consisting of 144 antennas capable of transmitting millimeter-wide waves directly to a user’s phone via “beamforming.”

For the smartphone, Xiaomi also designed and built a miniaturized antenna array that carries a “beacon antenna” and “receiving antenna array.” The beacon antenna broadcasts direct information instead of broadcasting in all directions simultaneously, which cuts down on power consumption.

The receiving antenna array — consisting of 14 antennas — converts the charging pile’s millimeter-wave signal into electric energy through the rectifier circuit — creating a living situation we’re more attuned to viewing in a sci-fi production.

As of writing, Xiaomi’s remote charging tech can manage 5-watt remote charging for one device inside of several meters. But when closer to the charging pile, several devices can charge simultaneously — with each device supporting 5 watts.

Of course, placing physical obstacles between the phone and the charging pile doesn’t impede this signal.

Xiaomi also aims for its newly-developed space isolation charging tech to work with bracelets, smartwatches, and other wearable devices. In the near future, a charging pile like this could recharge desk lamps, speakers, and several other living room devices with a wireless supply architecture — doing away with wires for good. Unless, of course, the central charging pile breaks down.

Naturally, Xiaomi isn’t the first company to look into wireless charging architecture. One interesting example from 2017 from Disney Research group involved the creation of a full-coverage wireless power system for every device in a single room.

The results — published in a PLoS One paper examines how the Disney team generated 1,900 watts capable of operating at 40% and 95% efficiency.

“Wireless power delivery has the potential to seamlessly power our electrical devices as easily as data is transmitted through the air,” read the study. “However, existing solutions are limited to near contact distances and do not provide the geometric freedom to enable automatic and un-aided charging.”

It’s interesting to note how — just a few years and one global pandemic ago — the idea of wireless charging was limited to R&D research teams. But the bottleneck of the coronavirus crisis has pushed several industries (like health care and remote viewing) forward at an accelerated rate.

While we have a few more years to go before smart homes are devoid of ducts and wires, Xiaomi’s Mi Air Charge tech is a hint of the future of wireless technology, when — just like us — all our electronic devices need to do for a recharge is go home.