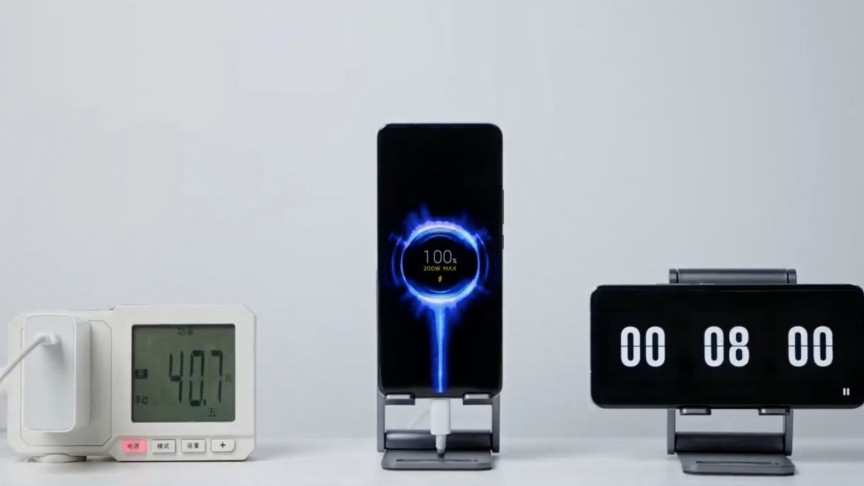 We have all been there. You get ready to head out and then realize your phone is not charged. You then have to wait a long time for it to recharge. Not anymore!

Using its new Hyper Charge tech on an M11 Pro with a 4,000 mAh battery, Xiaomi has now announced that it can bring its handset from a zero charge to a 50 percent charge in 3 minutes and 23 seconds, and to a full charge in just 8 minutes over a 200W wired connection. In a further 120W wireless demonstration, it took the firm a mere 7 minutes to reach the handset’s half capacity and 15 minutes to reach full capacity.

Charge up to 100% in just 8 minutes using wired charging and 15 minutes wirelessly! #XiaomiHyperCharge

Too good to be true? Check out the timer yourself! #InnovationForEveryone pic.twitter.com/muBTPkRchl

The demo, done over a tweet, had people all over the world excited. However, no word has been given on when it will be available to the public.

We’re about to redefine the charging experience with #XiaomiHyperCharge. #InnovationForEveryone pic.twitter.com/2rPrzw7BEu

Xiaomi seems to have a knack for making charging improvements. Last January, the company debuted a new form of charging called Mi Air Charge Technology — allowing users of smartphones and other wireless devices to charge remotely from a medium distance.

Xiaomi’s remote charging tech was reported to be able to manage 5-watt remote charging for one device inside of several meters. But when closer to the charging pile, several devices could charge simultaneously — with each device supporting 5 watts.

Xiaomi has also previously broken other charging records when it introduced a 100W system that could charge a 4,000mAh battery in 17 minutes. Its new charging record however nearly halves that time making for quite an impressive feat.

One has to wonder with charging times being constantly diminished will we get to the point where they will be nearly instantaneous? Now, that would be fun, wouldn’t it?