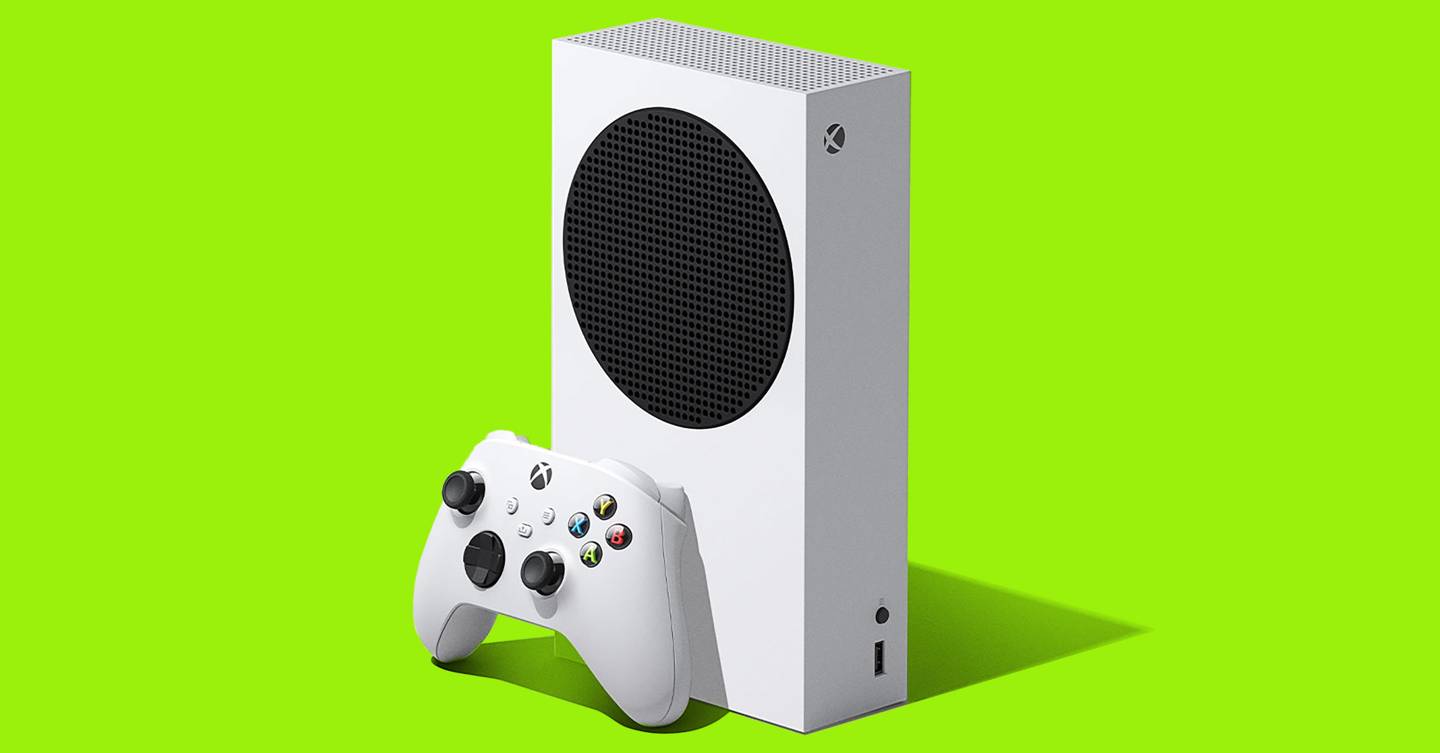 It’s been a big week for gaming fans. Not only did Microsoft announce launch details for its flagship Xbox Series X (it’ll be out in November, priced at £449), but it also confirmed the existence of the long-rumoured Xbox Series S. Despite packing the same CPU as the Series X – which is faster than the processor in the PS5, and delivers four times the processing power of the Xbox One – the “next-gen” console will set you back just £249; less than a Nintendo Switch.

This gob-smackingly low £249 price becomes even more impressive when you dig into the details. The console, which is no more than three times the height of a typical Xbox controller, also has full RDNA 2.0 and ray-tracing support, 10GB of GDDR6 memory and a 512GB SSD, and delivers both backwards-compatibility and support for next-gen games. Sure, it’s missing the full-fledged 4K support offered by its more-expensive sibling – Microsoft says it’s targeting 1440p gameplay at 60fps – but with a price difference of £200, do most mainstream gamers really care?

If we look back at the history of the console pricing wars, probably not. In the infamous battle between the Xbox 360, PlayStation 3 and Nintendo Wii, it was the latter that came out on top. That’s not because it offered the most powerful specs, nor even the most impressive selection of games, but rather because of its £179 price-tag. The Xbox 360 started at £279, while the PS3 featured a hefty £425 price, or $599 for buyers in the US. That made it much more expensive than the PS2 (£299), which went on to the best-selling console of all time with 150 million units shifted.

Sony changed tact with the PlayStation 4, and after Microsoft announced that the Xbox One would cost £429, it promptly countered that its flagship console would cost almost £100 less at £349. The PS4 went on to outsell the Xbox One at a ratio of more than two-to-one, closely followed by the Nintendo Switch.

Although Microsoft was once again first off the block to announce pricing for its latest-generation console, maybe this time around the company knows that Sony can’t undercut it. Sony is planning a digital-only and a disk+digital version of the PS5, and both are rumoured to cost more than the Xbox Series X.

PlayStation isn’t – as far as we know – planning a cheaper counterpart to compete with the Xbox Series S, and with rumours suggesting that not all games will be backwards compatible, this means gamers will need a PS5 to play next-generation titles.

This means the Xbox Series S will be a “no brainer” purchase for those in the market for a new games console, according to Luc Wathieu, professor of marketing from Georgetown University’s McDonough School of Business. “The Xbox Series S’s price is what I have called in my research a ‘no-brainer price’ – a price so low that it suppresses buyer’s incentives to think deeply about differences in features,” he tells WIRED. “This price will kill most people’s appetite to actively compare the Xbox Series S with other more expensive, feature-rich alternatives, particularly Sony’s upcoming PS5.

“Consoles have been a battlefield for 30 years, it’s a mature category where most consumers are becoming price sensitive, less invested in learning about new features. Because Microsoft has a clear advantage over Sony in that new space, they can ‘sacrifice’ some profitability on the consoles themselves, in order to get as many users as possible (including users of older generation Xboxes) to fully convert to the digital game space under their brand.”

As Wathieu suggests, Microsoft is undoubtedly making a loss on the Xbox Series S – much like it has done with consoles in the past (the Xbox 360 sold for a loss of around $125 per console when it launched in 2005). While we don’t know how much money Microsoft is losing on each Xbox Series S sold, analyst Jeff Grubb noted on Twitter that the company is “taking a loss on both the S and X, and it seems like it’s taking a bigger loss on S.”

In reality, though, it’s unlikely Microsoft is taking a hit at all, and that’s down to its Xbox Games Pass service, which Wathieu says has become another key point in the console war. “At this point in time, the gaming competition war is moving to the cloud, where Microsoft has more leverage than Sony,” he says. “That leverage allows Microsoft to be more aggressive in the console war.”

Much like the price of the Xbox Series S, Microsoft’s subscription service is also what you might call a “no-brainer”. It allows subscribers to pay a monthly fee to access over 100 games on their Xbox, while paying a little bit more for Xbox Game Pass Ultimate grants subscribers access to all these games, Project xCloud streaming and Xbox Live Gold. Sony has a similar service, called PlayStation Now, but it fails to compete with Microsoft’s offering; recent estimates allege that there are almost five times as many Game Pass subscribers.

This means, for casual gamers – historically the driving force of the PlayStation brand – the Xbox Series S will prove a more affordable means to play next-generation titles. According to Luc, this – combined with the console’s price – could force Sony to cut the price of the PS5, “further weakening its market standing”.

“Microsoft has a clear advantage over Sony,” he says. “They can sacrifice some profitability on the consoles themselves, in order to get as many users as possible (including users of older generation Xboxes) to fully convert to the digital game space under their brand.”

At the time of writing, we don’t yet know how much the PS5 will cost, but rumours suggest Sony won’t be able to sell it for less than $500 (around £385). For most mainstream gamers, that undoubtedly means Sony has lost the price war, and if that becomes the driving factor for console purchases later this year, the next-generation console wars may have already been won before all parties have even got on the battlefield.