World’s Most Accurate Atomic Clocks Could Redefine the Second 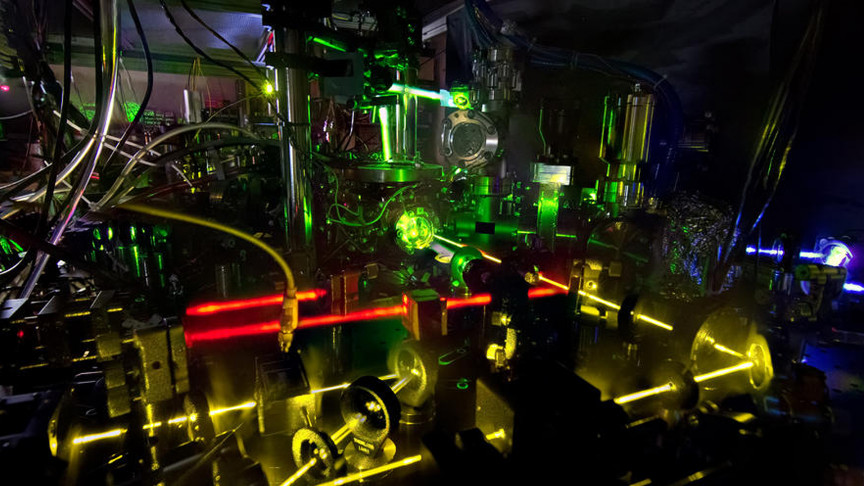 Since the 1960s, our definition of the second relies on cesium atomic clocks. Atomic clocks, which are vital for numerous technologies and experiments, have long improved since then; however, before redefining the fundamental unit of time, scientists need to be sure that they fully understand the new clocks, and now, researchers at the Boulder Atomic Clock Optical Network (BACON) have made comparisons that are an important step toward achieving that goal.

The team of scientists was able to compare three atomic clocks with record accuracy over both optical fibers and air. According to the study published in the journal Nature, the results are the most precise clock comparisons yet, and the ratios are the first to be achieved using a free-space optical link.

“These comparisons are really defining the state of the art for both fiber-based and free-space measurements–they are all close to 10 times more accurate than any clock comparisons using different atoms performed so far,” National Institute Of Standards And Technology (NIST) physicist David Hume said.

They compared three clocks (one made of ytterbium atoms, one of strontium atoms and one made with a single electrically charged aluminum atom) that were located in different locations, two at NIST and the other 4,920 miles (1.5 kilometers) away at the research institute JILA, by sending information across an optical fiber and through an open-air link.

The researchers stated that the new generation of atomic clocks based on different atoms is 100 times more accurate than what can be achieved with cesium. The uncertainties were less than a quadrillionth of a percent.

This precision could enable us to define the second, as well as be used to study the effects of gravity. Moreover, the researchers stated in the paper that they use these measurements to test a model of ultralight dark matter.