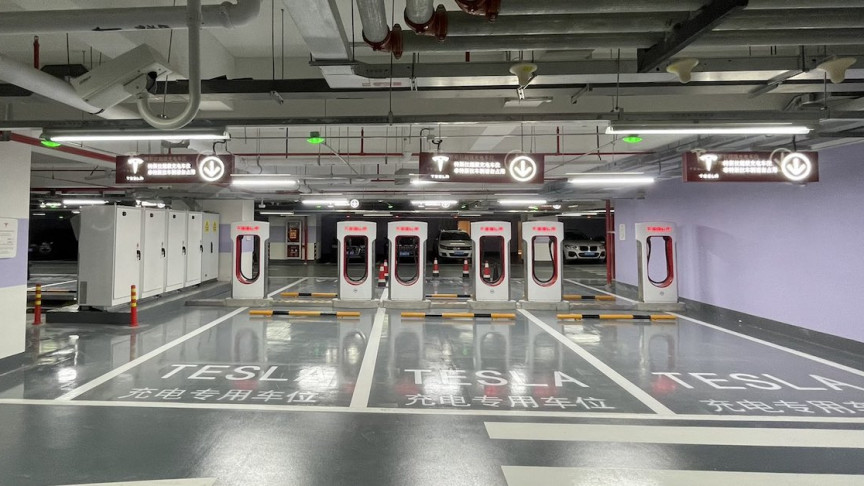 Tesla has opened its largest supercharging station in China this week, overshadowing the recently opened station in Fresno, California.

The new supercharger location is located at the Jing’an International Center, found in one of the most rapidly developing districts in the city. The new station has 72 stalls of Tesla’s V2 supercharger, which can output 150 kW. Of note, by the sheer number of plugins this station is significantly more than the previous record-holding location in Fresno, California.

However, the Fresno location uses Tesla’s latest supercharging technology, their V3 superchargers that can reach 250 kW. The newly opened Fresno station utilizes 56 V3 chargers capable of a total of 14,000 combined kilowatts. The Shanghai station utilizes more chargers by sheer number, but its total charging capacity is only 10,800 due to the lower power.

Of note too, the superchargers at the Shanhai station appear to be fully covered.

The announcement was made by Tesla on Weibo, a Chinese blogging website. Photos of the station filled Twitter too, with user JayinShanghai posting several.

While the lower power superchargers at the new station does, unfortunately, mean that locals will have to wait longer than their Fresno, California friends to charge, the added number of stalls will likely even out wait times.

There is another reason the V2 chargers are being used, too. Currently only the Model 3 and Model Y support V3 charging, so the Model S and Model X are incompatible with this higher supercharging rate.

This news comes as Tesla is expanding rapidly in the Chinese market, manufacturing over 20,000 vehicles at its Shangai factory last month.