World’s Largest Hydrogen Plane Will Be Ready in 2024 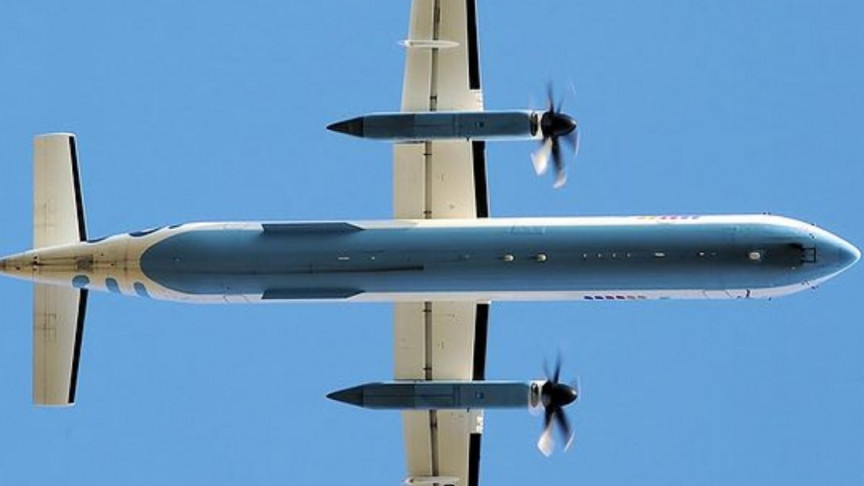 A new fuel logistics startup, Universal Hydrogen has kicked off a project to develop a hydrogen powertrain that can be retrofitted into existing airplanes.

The company, which is based in LA, is set to test its technology on a De Havilland Canada DHC8-Q300, a 56-seater also commonly known as the Dash-8. All going well, the plane will become the world’s largest hydrogen-fueled commercial aircraft.

RELATED: THE HYPERION XP1 IS A HYDROGEN POWERHOUSE WITH A 1,000 MILE RANGE

Hydrogen aircraft just received a massive boost from Airbus announcing its ZEROe hydrogen concept aircraft and its mission to get hydrogen airliners into production by 2035.

While Airbus is planning to burn hydrogen as a combustion fuel, Universal Hydrogen plans to develop a fully electric fuel-cell powertrain. This will include Magnix electric motors, specifically built to power the Dash-8’s two turboprops.

As NewAtlasreports, Magnix brings its lofty experience to the table having powered a retrofitted nine-seater Cessna 208B Grand Caravan, the world’s largest electric aircraft, earlier this year.

According to AINOnline, Universal’s hydrogen-powered Dash-8 will have a reduced capacity of 40 seats as its large hydrogen modules will replace the last few rows and take up approximately 16 seats of space.

The aircraft’s range will be approximately 400 nautical miles(460 mi, 740 km), running on a pair of two-megawatt Magnix electric motors. The hydrogen will, essentially, act as a battery, producing electricity as it runs through the plane’s fuel cells.

Universal Hydrogen is aiming to get its hydrogen fuel product, which it says will not cause a rise in ticket prices, into commercial service by 2024.

Of course, skeptics still point to the fact that hydrogen has historically been more dangerous than fossil fuels — though Universal Hydrogen aims to showcase the safety of its product with a series of drop, burst, and vent tests.

The company claims there are roughly 2,200 Dash-8 aircraft worldwide that are compatible with the retrofitting process. It is also working into systems that can be incorporated into other aircraft designs.