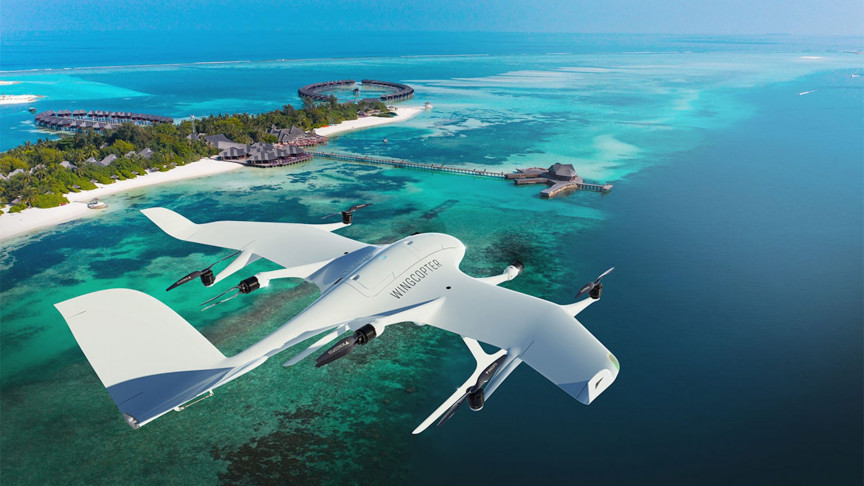 In just one flight, a Wingcopter 198 drone can deliver up to three packages to different locations. This, Wingcopter, the German company behind the drone said, is the world’s first fully electric, eVTOL, fixed-wing drone capable of such a feat.

Announcing its new Wingcopter drone generation yesterday, April 27, in a press release the company’s CEO Tom Plümmer said “The Wingcopter 198 is a game-changer for drone-based deliveries, ready to create logistical highways in the sky. It can be perfectly utilized as a fleet solution in delivery networks to create new opportunities, everywhere.”

The new drone can carry payloads of up to 13 pounds (6 kg) with just one battery charge over a span of 47 miles (75 km), or up to 68 miles (110 km) with a lighter payload. The company explains the drone is especially ideal for hard-to-reach or remote areas like islands, offshore platforms, or mountainous regions as it’s capable of handling challenging weather as well.

As the Wingcopter 198 is capable of reaching speeds of up to 93 mph (150 km/h), it’s especially handy for express deliveries.

On top of all that, its triple-drop system uses a winch mechanism that allows for precise drop-offs at multiple locations per flight. Alternatively, it can also carry just two payloads, or one heavier one dependent on size and shape. All of the deliveries are carried out automatically, and just one remote operator located anywhere in the world can control up to 10 drones in one go.

The drone is currently undergoing FAA type certification in the U.S., and is designed and developed in accordance with aviation safety standards and guidelines — something Wingcopter is known for, and that attracted UPS to partner with the company last year to deliver multipurpose drones.

Wingcopter 198 is described by the company’s CTO, Jonathan Hesselbarth, as “[…] what we believe to be the most advanced, versatile and efficient delivery drone solution in its category.”

Wingcopter is already accepting orders for its first 100 Wingcopter 198 drones, which will certainly be snapped up in no time.

Competition is neck to neck in eVTOL drone development, with the likes of fully automated delivery drones, and drones that deliver packages in mere minutes. It’s easy to understand why this technology is taking off, and Wingcopter is right up there next to all the others.