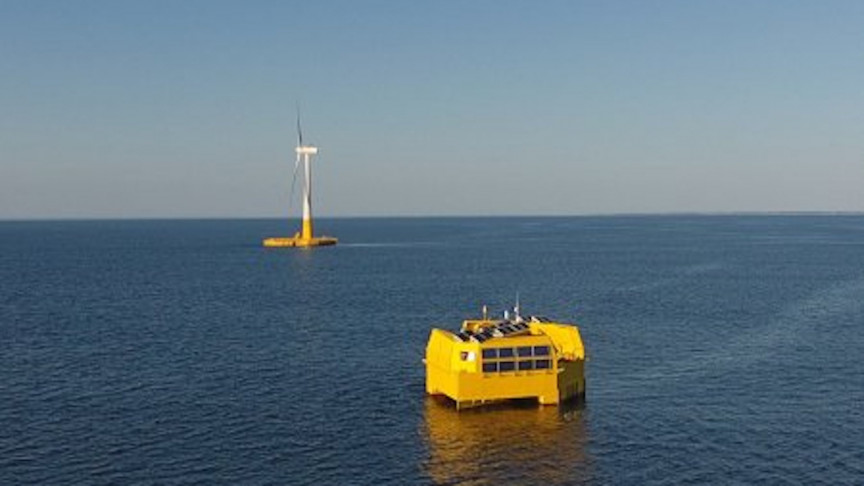 An offshore hydrogen production plant is scheduled to start operation next year off the coast of France, a press statement explains.

The plant, which will be powered by electricity from a nearby floating wind turbine, called Floatgen, will be installed at the SEM-REV demonstration site, off the coast of Le Croisic in France.

Once it is operational, it will be the world’s first offshore green hydrogen production facility. The project is being developed by green hydrogen firm Lhyfe and French engineering school Centrale Nantes.

“We are convinced that offshore production of renewable hydrogen is a perfectly suitable solution for the massive deployment of hydrogen that is on the horizon,” said Matthieu Guesné, CEO and founder of Lhyfe.

“We are making great strides forward in our development and are determined to be the first in the world to deploy a solution for offshore renewable hydrogen production,” he continued.

The great potential of offshore wind and hydrogen

As the water needed for the electrolysis process for hydrogen production is available in unlimited amounts out at sea, and the new production plant can be hooked up to offshore wind turbines, it has great potential to scale for eventual industrial-scale deployment.

The production plant will go into operation in 2022, after which, all going to plan, the technology will move towards large-scale industrial deployment in 2024.

Offshore wind turbines and hydrogen technologies have the potential to help countries reach their climate change goals over the coming years. In particular, green hydrogen cars, alongside electric vehicles (EVs), could greatly reduce our reliance on gas-guzzling internal combustion engines.

However, the debate over the validity of hydrogen vehicles in a landscape that has so far been dominated by electrification is ongoing, with Tesla CEO Elon Musk labeling hydrogen cars as a “staggeringly dumb form of energy storage for cars.”

Despite Musk’s assertion, other automakers, including BMW, are backing hydrogen technologies, and Toyota has set a world record by driving its Mirai hydrogen car 623 miles (1,000 km) on one fill.

With companies such as GE developing new offshore turbine technologies with a view to allowing wind farms to go further out to sea, hydrogen and wind energy could be a match made in heaven.