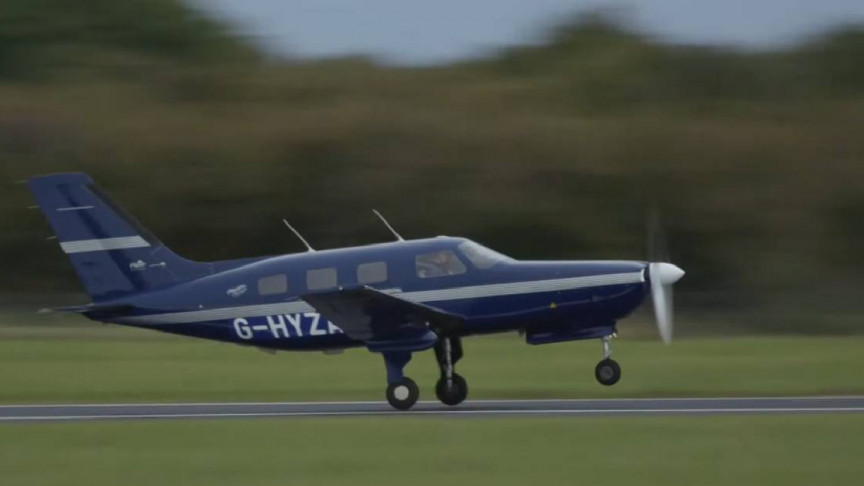 ZeroAvia, a firm that refers to itself as the leading innovator in decarbonizing commercial aviation, claims it has completed the world’s first hydrogen fuel cell powered flight of a commercial-grade aircraft. The historic flight was undertaken Thursday at the company’s R&D facility in Cranfield, England.

“It’s hard to put into words what this means to our team, but also for everybody interested in zero-emission flight. While some experimental aircraft have flown using hydrogen fuel cells as a power source, the size of this commercially available aircraft shows that paying passengers could be boarding a truly zero-emission flight very soon,” said in a statement Val Miftakhov, CEO, ZeroAvia.

The achievement saw a Piper M-class six-seat plane successfully perform taxi, takeoff, a full pattern circuit, and landing. The firm claims it is the first step to transitioning from polluting fossil fuels to zero-emission hydrogen as the primary energy source for commercial aviation.

“Aviation is a hotbed of innovation and ZeroAvia’s fantastic technology takes us all one step closer to a sustainable future for air travel,” said Aviation Minister Robert Courts. And this is not only good for ZeroAvia, it is also good for the UK and the world.

ZeroAvia’s latest undertaking is part of the HyFlyer project, a sequential R&D program supported by the UK Government and part-funded through the UK Government’s Aerospace Technology Institute (ATI) Programme.

In addition to the first successful flight, ZeroAvia is working on the Hydrogen Airport Refuelling Ecosystem (HARE) at Cranfield Airport. HARE is a microcosm that represents what future hydrogen airport ecosystems will look like. We can’t wait to see what the firm has planned next!