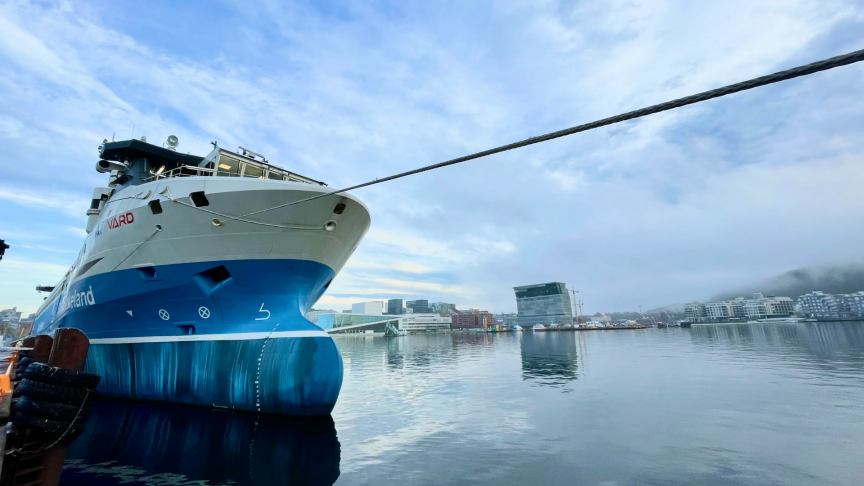 Yara Birkeland, the world’s first all-electric and emission-free container ship has completed its maiden voyage in Norway. Birkeland has traveled for about 8.7 miles (14 km) from Porsgrunn to the port of Brevik, according to a press release from its makers, Yara.

While the distance might seem short, as a major fertilizer producer, Yara carries out up to 40,000 truck trips a year to carry its products to the export port of Brevik. The container ship will replace the truck trips starting next year in a move that is expected to cut 1,000 tons of carbon emissions a year.

Work on the 262-feet (80 m) long, fully electric container ship began as early as 2017. Designed to carry 103 containers on a single trip, Birkeland is powered by a 7MWh battery and can travel with a top speed of 15 knots. Financial support for building the first of its kind container ship came from Enova, a Norwegian government enterprise that promotes the use of renewable energy. Enova provided a grant of 133 million Norwegian Krone ($14.94 million) to build Birkeland that is capable of propelling itself.

Technological inputs such as sensors that can detect objects like kayaks in the water and integrations for autonomous operations were provided by Kongsberg. In the future, the ship will be able to load and offload its cargo, charge its battery and navigate without any human involvement, Reuters reported. Starting next year, the container will carry out two trips a week with a manual crew. The self-navigating technology will be tested over a two-year period, after which the ship will be certified autonomous and the bridge will be removed from the ship.

Apart from cleaning up its transportation emissions, Yara, one of the largest emitters of carbon in Norway, is also planning to make green ammonia. As a fertilizer producer, Yara requires large quantities of ammonia, the production of which contributes to a little over one percent of global greenhouse emissions, Yara’s press release said. The fertilizer company wants to use its green ammonia as a fuel for ships as well. And we would love to see that happen.