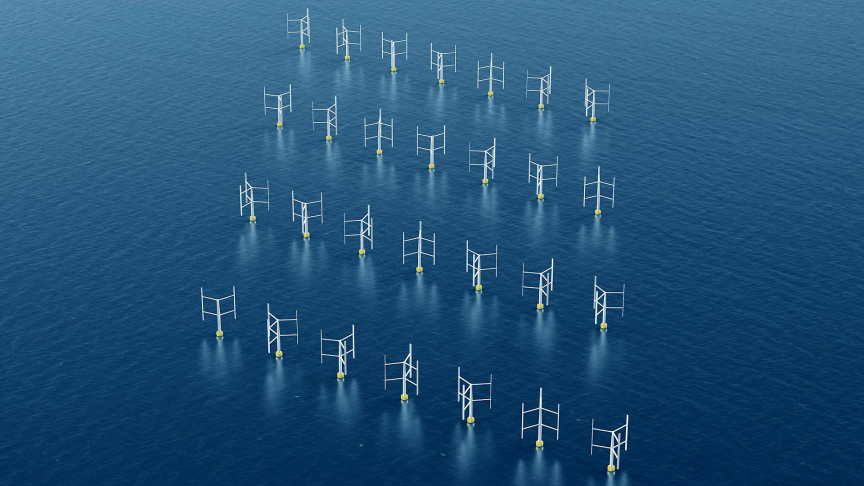 Surrounding us from all sides, the wind is a clean, free, and readily available renewable energy source that can be captured with specially engineered wind turbines. Designing more efficient wind farms and improving renewable energy technology to more quickly replace fossil fuels is of utmost importance, which is why engineers are working on new angles.

“Modern windfarms are one of the most efficient ways to generate green energy; however, they have one major flaw: as the wind approaches the front row of turbines, turbulence will be generated downstream. The turbulence is detrimental to the performance of the subsequent rows,” explains Joachim Toftegaard Hansen, the lead author of a newly published report on vertical wind farms.

“In other words, the front row will convert about half the kinetic energy of the wind into electricity, whereas for the back row, that number is down to 25-30%. Each turbine costs more than £2 million/MW. As an engineer, it naturally occurred to me that there must be a more cost-effective way.”

Hansen and a team of researchers, led by Professor Iakovos Tzanakis, from the School of Engineering, Computing, and Mathematics (ECM) at Oxford Brookes used more than 11,500 hours of computer simulation to study wind power in-depth, according to a press release by the university.

According to their findings, which represent a stepping stone for achieving greener energy worldwide, wind farms can perform more efficiently by ditching the traditional propeller-type Horizontal Axis Wind Turbines (HAWTs) and opting for compact Vertical Axis Wind Turbines (VAWTs) instead.

The research, published in the International Journal of Renewable Energy, is the first to analyze wind turbine performance in-depth, with regards to array angle, the direction of rotation, turbine spacing, and the number of rotors.

To give numbers, when set in pairs, the vertical turbines increase each other’s performance by up to 15 percent, which means they are more efficient than traditional turbines in large-scale wind farms, per the Oxford Brookes study.

“This study evidences that the future of wind farms should be vertical. Vertical axis wind farm turbines can be designed to be much closer together, increasing their efficiency and ultimately lowering the prices of electricity,” Professor Tzanakis said. “In the long run, VAWTs can help accelerate the green transition of our energy systems, so that more clean and sustainable energy comes from renewable sources.”