Will We Ever Cheat Death and Become Immortal With Mind Uploading? 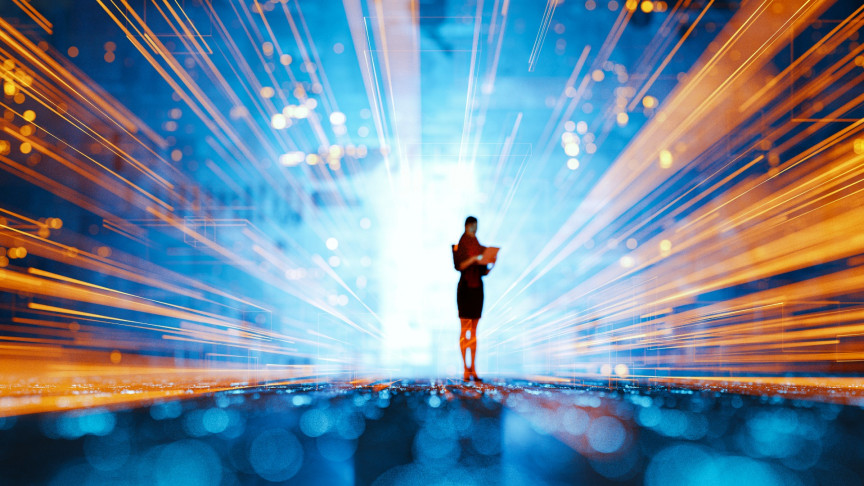 Humans have always been fascinated with the concept of immortality but what seems to be even more exciting to some is the thought of using technology to make immortality a real-world application. A movement called transhumanism is even devoted to using science and technology to augment our bodies and our minds, and to allow humans to merge with machines, eradicating old age as a cause of death. So the big question is — can we really evade death?

From Hans Moravec’s classic book Mind Children to Gene Roddenberry’s iconic TV series Star Trek: The Next Generation, the idea of uploading a person’s feelings, memories, and experiences onto a machine, has been explored in many popular non-fiction and fiction works. However, whether or not mind uploading could become a reality, like 3D printers, robots, and driverless cars? We are yet to find out.

What is mind uploading and how it works?

Mind uploading describes a hypothetical process of separating a person’s consciousness (which involves their emotions, thought process, experiences, and basically everything that makes a person unique), then converting it into a digital format, and finally transferring the digital consciousness into a different substrate, like a machine.

The human brain regularly performs complex processes with the help of its 86 billion neurons that function simultaneously in a large neural network. And the complexity does not stop there. There are more than 125 trillion synapses just in the cerebral cortex alone. That is a lot of information and storage capacity. Some have suggested that, in order to completely replicate an individual’s brain, it would be necessary to first dissect the brain.

However, mind uploading advocates claim that noninvasive brain scans can provide sufficient resolution for copying the brain without actually killing the person to do it. The information stored in our brain would then be used to create a connectome, a complete map of the neural connections in the brain, created using incredibly precise scanning of the neurons, and the synapses.

However, to date, we only have a complete connectome for a 1.5-millimeter roundworm called Caenorhabditis elegans, which has just 302 neurons and about seven thousand synaptic connections. In 2014, the OpenWorm project which mapped the brain replicated it as software and installed it in a Lego robot which was capable of the same sensory and motor actions as the biological model.

Building a human connectome is clearly a much more complicated process. Even in the case of the C. elegans, researchers had to work for more than a decade to understand the organism’s neuronal pathway.

Now imagine how much time and resources will be required for the identification of about 86 billion neurons, determination of their precise location, and tracing and cataloging of their projections on one another. Building and interpreting even a single human connectome is inconceivable using existing technologies.

Another proposed method of getting information from the brain is through a brain-computer interface (BCI). There are already existing implanted devices that can translate some types of neuronal information into commands, and are capable of controlling external software or hardware, such as a robotic arm. However, modern BCIs are only very slightly related to the theoretical BCIs which would be needed to allow us to transfer our brain states into a digital medium.

Brain-computer interfaces which would allow mind uploading would need a technology similar to modern-day brain scanning technology. Some suggest that downloading consciousness would require technology capable of scanning human brains at a quantum particle level.

Elon Musk’s Neuralink is one company working on aspects of mind-uploading. They are designing a neural implant which would work “like a Fitbit in your skull”. It would have many micron-scale electrode threads connected to different parts of the brain. While this technology is showing some promise in allowing humans to interface with computers in a limited way, it is not close to the technology needed to upload an entire brain.

Neuralink’s website mentions that their chip will kick off a new kind of brain interface technology and as it develops further, they will be able to increase the channels of communication with the brain, accessing more brain areas and new kinds of neural information.

Some wealthy individuals who wish to live forever are opting to preserve their brains and sometimes bodies through cryopreservation. In theory, in the future when human connectome technology is fully developed, their consciousness could then be retrieved and uploaded. An American cryonics company Alcor Life Extension Foundation already stores around 180 cryopreserved human bodies (with more preserving just their head) at its Phoenix-based facility.

However, some experts also claim that such cryonic techniques may damage the brain beyond repair.

Recently, an MIT graduate Robert McIntyre, rekindled the brain preservation hype when he announced his Y-Combinator backed startup Nectome is building some next-generation tools to preserve brains in the microscopic detail needed to map the connectome.

While previously working at a cryo research firm 21st Century Medicine, McIntyre along with cryobiologist Greg Fahy developed a method that combines embalming with cryonics. Fahy suggests that through this technique they could preserve the entire brain to the nanometer level, including the connectome. They even received an $80,000 science prize from the Brain Preservation Foundation for preserving a pig’s brain so well that every synapse inside it could be seen with an electron microscope.

One element of this process that may give some pause for thought, however, is that the “brain embalming” needs to take place while the person is still alive. The company hopes the process will be allowed as part of doctor-assisted suicide programs. Even if it does not lead to an uploading technology, any brains that Nectome manages to preserve might help in the research towards building the human connectome.

Once all the neural activity is mapped out and the connectome is ready, the next step would be to digitize it. According to a rough estimate published in Scientific American, the memory storage capacity of the human brain could be around 2.5 Petabytes (2,500 TB).

While the popular notion is that we only use 10% of our brain, neurologists say this is actually a myth — and we actually use almost all of our brain, all the time. That’s a lot of storage.

Apart from the storage, we will require a computer architecture on which the brain can be reconstructed in the form of computable code. And there is the issue of power for that architecture. Today, a computer with the same memory and processing power as the human brain would require around 1 gigawatt of power, or “basically a whole nuclear power station to run one computer that does what our ‘computer’ does with 20 watts,” according to Tom Bartol, a neuroscientist at the Salk Institute.

In computing, artificial neural networks (ANN) have been created which are inspired by the biological neural networks. An ANN is based on a collection of connected units or nodes which loosely model the neurons in a biological brain. However, there are some major differences between an ANN and a human (or animal) brain:

Once all the requirements are fulfilled and the artificial brain is ready, the “mind” can now be uploaded into a simulation, such as a virtual world, like the metaverse, or into a network of artificial brains connected to each other in a swarm (also called hive mind). Another transhumanist idea suggests that the mind can also be uploaded on a humanoid robot. Uploading into a physical robot would require robots that are a lot more functional than any that currently exist.

However, if the consciousness is uploaded as a substrate-independent mind (SIM), and if the SIM is deemed to be conscious, then it will also need to exist in a place and be able to interact with things. This will require virtual reality that is identical to how humans experience actual reality, everything from tasting a soda to feeling the pain of a car accident. All of this will require yet more storage capacity, signal bandwidth, and power.

Skepticism and speculations about mind uploading?

Neuroscientist Michael Hendricks from McGill University called mind uploading an “abjectly false hope” in his 2015 report published in the MIT Technology Review. According to Hendricks, scientists still don’t know exactly what kind of technology can allow them to replicate a human mind.

In his report, Hendricks also raised doubts about the success of current or foreseeable freezing methods for brain preserving, as well as methods for retrieving the information stored in the human brain. Furthermore, as an expert on the neural activity of the C. Elegans roundworm, he says that having a connectome is by itself not a sufficient condition to simulate a nervous system.

Even once we figure out the technical side of whole brain emulation, there’s still the philosophical part of the equation. Would that emulation still be you? Answering that will require a great deal of thinking about what it is that constitutes consciousness and identity — something there is no clear answer to.

Another study reveals, that depending on their personal views on death, suicide, fiction, philosophy, and science, some people may show great support for mind uploading, while others strongly disapprove of any such practice.

Sure, mind uploading has the potential to change human lives forever, but this is also why the advent of this sci-fi technology in the real world might also give rise to a lot of conflicts revolving around its ethical and social impact on humanity.

Steve Jobs once said, “Death is very likely the single best invention of Life. It is Life’s change agent. It clears out the old to make way for the new.” If this is true, then defeating death by mind uploading may in fact be self-defeating. It would allow a few individuals to go on, but at the expense of everything and everyone else.

For now, a number of scientists, researchers, and tech companies are working towards making mind uploading a reality. Whether they would be successful or not, and how our society would react to consciousness transfer, only the future could tell.