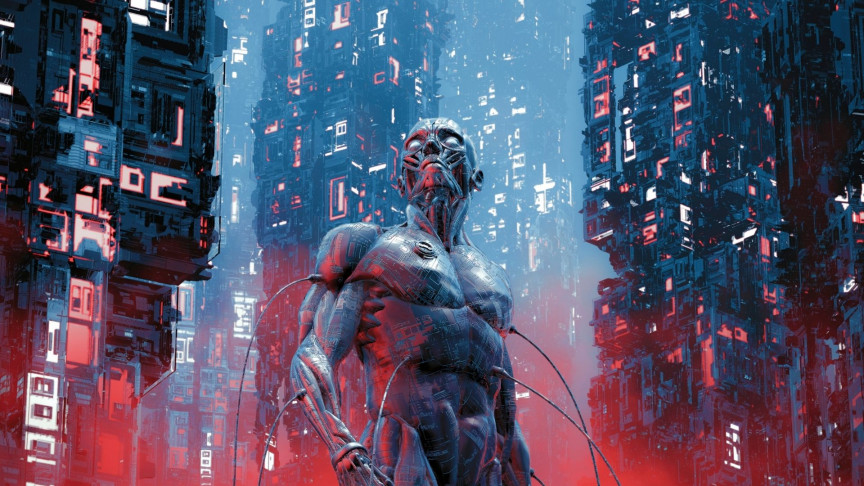 Cyberpunk 2077 is an open-world RPG game from CD Projekt Red, launched in September 2020. The game features a dystopian future where cybernetic technology has become an integral part of society, but on the other side, an endless struggle for power between corporations, leaders, and criminals has brought the global economy to its knees.

The story of the game revolves around V, a cyber-enhanced mercenary in Night City, who explores the vast world of Cyberpunk 2077 and comes across cutting-edge technological developments that aid him in fulfilling his goals in the game.

While gamers across the globe are impressed with the biotech-based character customization features and immersive sci-fi gameplay experience that Cyberpunk 2077 delivers, there are engineers and tech experts who talk about the possibility of similar advanced bionic gadgets and innovations in real life.

From extensive AI-based innovations to virtual reality applications such as Brain Dance (BD), the gameplay of Cyberpunk 2077 incorporates multiple technological advancements that resemble either existing internet-based services or can be possible future developments in the modern world.

In Cyberpunk 2077, players are able to add cybernetic organs and implant different kinds of cyberware inside V’s body. These changes are performed to enhance V’s capabilities and strength in the game.

Similar to this, in 2018, thousands of people in Sweden implanted microchips in their hands in order to make their daily lives more convenient. With the help of those microchips, they are able to access their homes, offices, and even e-tickets for events and rail journeys by swiping their hands across digital readers, and this development has minimized the risk of their data, contacts, and profiles being lost.

At present, scientists and researchers across the globe are conducting numerous experiments to create memory-boosting brain implants. Several tech giants are also trying to develop microchips that may either cure diseases or elevate intelligence in human beings. These types of chip-based innovations will likely take some time to be a part of our lives, but they are likely to be available much earlier than 2077.

The fight between cops and gangsters in Cyberpunk 2077 takes an interesting turn in the form of ‘Trouble in Heywood’, an augmented reality-based game within the original game. During the gameplay of Trouble in Heywood, the lead character V wears a headset and he then finds himself in an augmented aesthetic world.

Modern-day AR gadgets such as Microsoft Hololens, Oculus Quest, and Google Glass are built to give you a similar experience. Today, these AR devices are primarily used for playing games or watching videos. However, a number of companies are developing AR glasses and platforms for training, education, and commercial uses. For example, car companies have created apps to allow users to virtually test drive their latest models, real estate companies have developed virtual house tours, and engineering firms are using AR to allow far-flung teams to co-operate virtually. These types of uses are likely to become much more prevalent in the coming years.

Like the smart guns used in Cyberpunk 2077, a number of military weapons, such as “smart” missiles currently operate as Precision-Guided Munitions (PGM). This technology allows weapons to be guided very precisely to strike a particular building, or even a particular room in a building, to minimize the risk of civilian casualties and avoid unnecessary damage.

The next generation of PGMs may be able to turn ground soldiers into a precision strike weapon, allowing them to navigate without GPS using chips implanted in their boots, and to fire guided bullets at very specific targets.

The Net from cyberpunk is an advanced version of the modern-day ‘internet’. The key difference between the two lies in brain-computer interface technology (BCI) that integrates the human brain with the internet.

In the cyberpunk world, the Net not only converts the web space into a visual-friendly place for the human mind but also enables proficient Netrunners to hack individuals with cybernetic organs or implants.

While this interface sounds exciting in the game, In the real world, BCI systems are already being developed that analyze brain signals and translate them into commands that are relayed to an output device to carry out a desired action. BCI devices are already seeing very limited use in research settings, but could someday be used routinely to replace or restore useful function for people severely disabled by neuromuscular disorders, and improve rehabilitation for people with strokes, head trauma, and other disorders. They could also one day augment the natural motor skills of pilots, surgeons, and other highly skilled professionals.

In Cyberpunk 2077, the citizens of Night City are seen wearing smart clothes that offer stylized looks as well as protection. In the real world, smart clothes are part of a new emerging market segment and they are also known as e-textiles.

There are already a huge number of “smart” watches and other wearables that are used to monitor human body movement and functions, suggest fitness regimes and dietary improvements, tell you when to drink water, and more. A number of fashion, tech, and sports brands, such as Under Armour, Tommy Hilfiger, Nike, are also developing clothing embedded with smart tech that can not only monitor body functions but also adjust body heat and other conditions.

Cyberpunk offers a customizable virtual reality experience to the players, also known as Braindance. It is a personalized version of the Net, which allows common people of Night City to live the virtual life of a celebrity, actor, or anyone else they desire to be and gives them a chance to relive someone else’s good memories.

In today’s world, virtual reality is actively used in medical diagnosis, gaming, virtual tourism, military training, and mental health treatment, among a wide number of other uses. A recent report reveals the VR-based healthcare market is expected to be worth $7.05 billion by 2026, and it will likely play an increasingly significant role in all types of medical training, treatment of neurological disorders, and improvements in diagnostic techniques.

Another area of growth is the incorporation of haptic devices into VR to make the experience more immersive and allow it to be used in areas such as controlling industrial machines and education. In the future, advanced VR with haptics will allow us to socialize virtually, for example by shopping or “attending” a concert with far-flung friends using VR.

We can definitely expect to see upgraded versions of the current AI-based assistants such as Siri, Alexa, and Google Assistant. However, it is also likely that AI algorithms will soon be embedded in almost everything — from smart refrigerators that keep track of their contents and automatically order new groceries when we are running low, to self-driving vehicles and drones to deliver those groceries.

Artificial intelligence already helps companies like YouTube, Netflix, and Amazon to analyze user preferences and deliver personalized search results and content, but in the future, it will likely be used to deliver highly personalized products, directions, suggestions for what to make for dinner, and more.

Potential Risks with the Cyberpunk Technology

Despite highly advanced technological developments and enhancement of human capabilities through bionic applications, the world in Cyberpunk 2077 faces some serious social, economic, and political problems. It is not an ideal world and in fact, presents a rather dark image of the future.

The possibility of a chaotic and highly unequal society, due to the excessive use of technology is a very real possibility. There are various concerns and doubts raised against bionic advancement and other cybernetic innovations that may prevent them from being prevalent in the future.

Various scientists, thinkers, and tech experts are said to believe that AI, if not handled responsibly, would come to control human lives to a greater extent in the future. This may not be so much a Terminator-type situation so much as a gradual de-skilling as we come to rely more and more on technology to make decisions for us and take over more of our daily lives. AI could also make it easier for malicious forces to conduct election hacking, orchestrate data leaks, develop biological weapons, etc.

In Cyberpunk 2077, powerful Netrunners can hack into the systems of individuals equipped with cybernetic body parts. In real life, if someone hacks into your life, you are likely to panic and lose trust in the system around you. Therefore, privacy is one of the major concerns when it comes to adopting new social media policies, microchip implantations, and smart integrated systems.

A wide number of people are already concerned about large corporations like Google, Amazon, and Facebook having access to almost all of our personal and private information. There may come a time, very soon, when these companies will know more about us than we know about ourselves. The collection and use of data has already made it much easier to manipulate our actions and convince people to make decisions which may not be in their best interests.

The prevalence of data breaches and data theft also poses a risk not just of financial theft, but to the safety and security of individuals and nations. As more and more systems are controlled by AI, for example, it will become more important to protect those systems against takeover by malicious actors.

Apart from these potential risks, there are also human rights issues that will need to be considered, such as the ability of people to opt-out of the use of some types of technology.  Therefore the use and implementation of various biometric and internet-based services in the future are likely to be more complex than ever.

Future of Technology in Real World

New technology has always been with us, since the first person discovered how to sharpen a stone to make a blade. However, the direction this takes in the future is far from clear.

Technology will continue to play a big role in almost all aspects of our lives as new technologies and services enable individuals to live healthier lives, stay more connected and enjoy life in new ways. However, we will also need to make sure that laws and policies keep up with these changes, otherwise the occurrence of a dark Cyberpunk 2077-like future may well be our fate.