Wiko unveils View5 and View5 Plus, promises you’ll only have to charge them twice a week 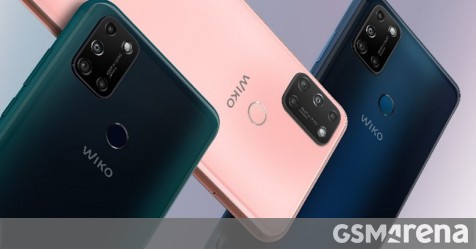 Wiko added two new phones to its View series – the common tagline for both is “one week, only two charges”. That is to say that the 5,000 mAh batteries in both phones last over 3 days on a single charge.

The View5 and View5 Plus are largely similar, the main differences between the two are the chipset and memory configuration (well, and the price, of course). Let’s start with the vanilla model. 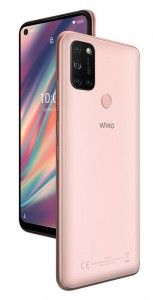 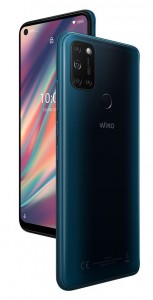 The Wiko View5 is powered by the MediaTek Helio A25 chipset, a 12nm chip with eight Cortex-A53 cores running at 1.8 GHz plus a PowerVR GE8320 GPU. There are 3GB of RAM on board, 64GB storage and an empty slot waiting for a microSD card.

The Wiko View5 Plus uses an older Helio P35, a 16nm chip. However, this one pushes the eight A53 cores up to 2.3 GHz. The GE8320 GPU is running at slightly higher clocks to boot. Also, the phone is equipped with 4 GB of RAM and 128 GB storage (again with a microSD slot). Both phones run Android 10. 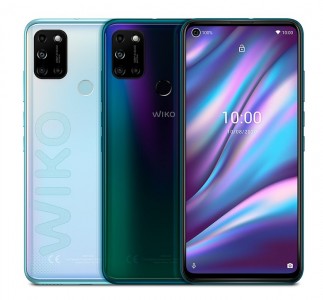 Wiko View5 Plus (available in Iceland Silver and Aurora Blue)

Now for the common specs. The 6.55” IPS LCD has 720 x 1,600 px resolution (20:9) on the front has an 8 MP selfie camera tucked into the upper left corner. There is a battery level indicator around the camera’s punch hole.

On the back there is a 48MP main camera, which tops out at 1080p video recording due to chipset limitations. Next to it is a 120° ultrawide cam with an 8MP sensor, then a 5MP macro cam and a 2MP depth sensor for bokeh shots.

There’s also a fingerprint reader here or you could use face unlock. An extra button on the side allows you to summon the Google Assistant.

These are LTE phones with a dual SIM slot and a dedicated spot for the microSD. Additional connectivity includes Wi-Fi b/g/n and Bluetooth 4.2. Charging is done (slowly) over the old fashioned microUSB port, but at least there’s a 3.5 mm headphone jack and an FM radio receiver.

The Wiko View5 will cost around €170 and comes in Midnight Blue, Pine Green and Peach Gold. The Wiko View5 Plus will go up to €200 or so and will be painted in Aurora Blue and Iceland Silver. Both should be available starting September 10.