Why you can’t have an Apple Car 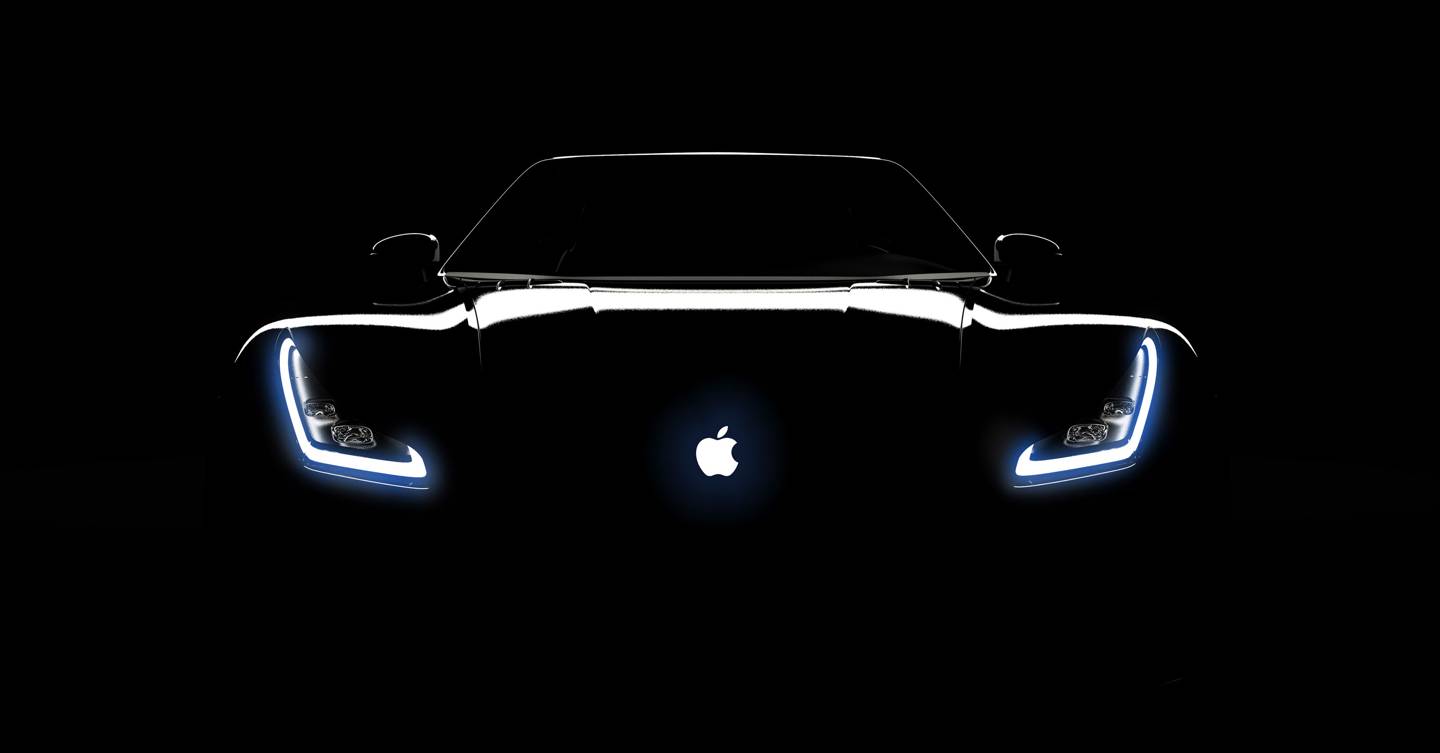 Before its product announcements leaked like a sieve, Apple used to be known for its ability to surprise the world. The history of keynote speeches at its events have been littered with major announcements, from the PowerBook G4 in 2001 to the Apple Watch in 2014. But just how likely is it that Tim Cook will be announcing one more thing at a future Apple event, and pulling back the curtain to reveal a car?

It’s a rumour that has persisted for years, and has recently gained even more traction. Apple may have one eye on the automotive industry for an obvious reason, says Ardnt Ellinghorst of Sanford C Bernstein, an analyst firm tracking the car business. “The auto industry is the largest consumer industry, and tech connectivity is increasingly the key selling point for why people buy a car.” For more than a decade futurists and forecasters have been spouting that cars will become essentially computers on wheels.

Another is ego, reckons Sam Livingstone, founder and director of Car Design Research, an automotive design strategist. “Given they’ve managed to master the zeitgeist of attractive consumer durables, you’ve got to suppose there must be people within the organisation, quite high up, who might think this is the ultimate prize,” he says.

On the surface it seems a natural enough fit. Yet Ellinghorst began writing about a mooted Apple car in 2014, when leaked documents first surfaced about a project, codenamed Titan, to build an Apple vehicle. We’re now seven years on. What happened – or rather, what hasn’t happened?

“I like to call it the Loch Ness of the automotive industry,” says Ferdinand Dudenhöffer, director of the Centre for Automotive Research in Duisburg, Germany. “Each time you get a news story that there’ll be an Apple car, then it’s like Nessie: it vanishes. We’ve seen that for ten years. If a story takes ten years, I don’t believe that such a story will come true. I don’t believe they’ll really go into hardware and manufacture a car, or will have a service provider manufacturing the car for them.” That’s something the latest rumours in the industry seem to concur with: Apple may end up having to go its own way if it wants to build a vehicle.

In part, it’s down to sheer practicalities: making cars is difficult, and Apple doesn’t yet have the know-how. In order to enter the market, it’ll need the help of a manufacturer, which requires it to try and sweet talk an industry that is notoriously protective of its interests.

Apple, too, isn’t that well-known for being the most kind business partner. Intel, which was one of Apple’s closest partners, has been left listless after being dumped – and Steve Jobs was notorious for rubbing mobile phone network operators the wrong way while building the iPhone’s position in the market.

It comes down to the stubbornness of both Apple and the automotive industry, and the latter’s fight for survival. If Apple were to enter the car market, it would likely be the 500lb gorilla in the corner.

Ellinghorst estimates that if Apple came to the market in 2024 or 2025, it could scale up to between 1 and 1.5 million cars by 2030. “The auto industry is competitive, right? And if Apple were to enter, it’s clear they would enter the premium end of the auto market,” he says. Others are less certain this would be the case. This premium market is around 15 per cent of the global car industry, which itself totals 85 million cars. “Apple would make that space quite crowded, and carmakers are worried they would enable one of their biggest competitors to enter the market,” says Ellinghorst.

The car industry is resolutely independent, with auto manufacturers rarely willing to allow outside companies into their onboard entertainment and navigation systems for fear of losing out on precious revenue. “Incumbent car brands can broadly see this thing coming over the horizon to them at some speed, which is that generating value will increasingly depend on the digital services offered in the car,” says Livingstone. The risk, he adds, is that car manufacturers produce the boring mechanical bits and all the clever, exciting technology is created by companies such as Apple and Google.

Ellinghorst puts it more succinctly: “Who wants to be the Foxconn of autos? Who wants to be pushed around? Apple is known for its toughness in dealing with suppliers. Who wants to open the door to one of the biggest tech giants and one of the most capitalised companies?”

Carmakers have historically outsourced large parts of their production process to third-parties, but it’s often in areas that customers don’t encounter: Coventry-based Lear Corporation makes car seats for a vast number of brands, but the margins on production are relatively low, and the seat is rarely something people carefully inspect when they enter a vehicle.

However, as companies like Epic Games and Spotify know all too well,, Apple likes to drive a hard bargain – and in terms of customer loyalty, an Apple-branded entertainment system would be far more in your face than a small tag on a seat.

“If you give away the operating system of your car, you’re in trouble,” says Ellinghorst. It would immediately put Apple in control of the future of your car business as a manufacturer. “If you give up control of the software system, you’re just hardware deliverers – and hardware is a point at which you can say if you don’t provide the right price for our software, we won’t deliver the software to you, and you have a problem,” says Dudenhöffer.

The fear among carmakers is that Apple could hike the cut it takes from any manufacturer to produce its in-vehicle operating system, and hold its users hostage.

Even if Apple didn’t do that, there are other concerns, says Livingstone. “There’s also something about the very tangible way the user would have to log in or be registered, to become part of that service provision which is fundamentally separate to the relationship with the car,” he says.

Yet rumours persist about Apple’s entry into the car market. Stories about Project Titan continue to surface. The latest runners and riders to be the hardware partner for Apple’s mooted vehicle are numerous.

Canadian company Magna already produces cars for BMW and Jaguar Land Rover, and has previously held talks with Apple; Hyundai confirmed it was in negotiations with Apple earlier this year; and Foxconn itself could become the Foxconn of autos, as Ellinghorst suggested: it confirmed in late February that it would be developing an electric vehicle with Fisker, scheduled to start production in late 2023.

Foxconn’s involvement could be the first step towards Apple developing its own vehicle with one of its longest-standing manufacturing partners. That know-how, gleaned from Fisker, could be transferred through Foxconn to Apple.

Alternatively, an automotive group such as Geely, which produces Lotus, Volvo, Polestar as well as others, rather than an individual marque, could potentially be wooed by Apple to develop its own line of autos, given it’s already sharing EV architecture across several of its brands.

“In theory there are two groups of companies that would make sense,” says Ellinghorst. “One, it could be a lower-end, mass-market player who says, ‘I’m not competing in the high-end market so they’re not competition’. That would be a Hyundai, Renault, Nissan or a Chinese player – but a Chinese player I would question, because Apple would need global production. You can’t ship cars around the world like you can ship smartphones.”

Or, Ellinghorst reckons, there could yet be hope for a partnership with a pre-existing, high-end manufacturer like BMW – despite all the misgivings and failed previous attempts. In the mid-2010s, Apple and BMW broke off negotiations, reportedly because BMW didn’t want to cede control over the manufacturing process, and didn’t want to become a mere hardware supplier to Apple.

BMW’s chief financial officer said earlier this month that he’d “sleep peacefully” if Apple entered the car market. But it would require a rapid and revolutionary rethink of the relationship both companies have previously got hung up on. “You’d have to cut a deal [with Apple] saying: ‘You’re not my Foxconn, you’re a real partner,’” says Ellinghorst. “You manufacture together and you get full access to our tech.”

The latter may sound unrealistic, but there is the potential it could yet happen. “There’s a point of friction: car brands know they’re going to lose something if they let go of control, but they must also know they’re not able to deliver on the promises customers will expect in that area as well as these famous software brands can,” says Livingstone.

There’s also fomo at play: while no car brand really wants to risk entering into an agreement where they’re a junior partner, they also know an Apple car will likely be a big enough deal that if a manufacturer does blink and sign up, everyone else would lose out by not being associated with one of the world’s most recognisably cool brands.

If an Apple car collaboration is going to roll off production lines in the next few years, it’s going to require a huge change of heart – from both the tech giant and car companies. To date it’s proven an impossible circle to square. But then, Apple is always full of surprises.

🏥 The terror and trauma of surviving intensive care with Covid-19

🍩 We swapped the office for Slack and Teams. As hybrid working looms, the race is on to fix them