Why it’s easier to move country than switch social media 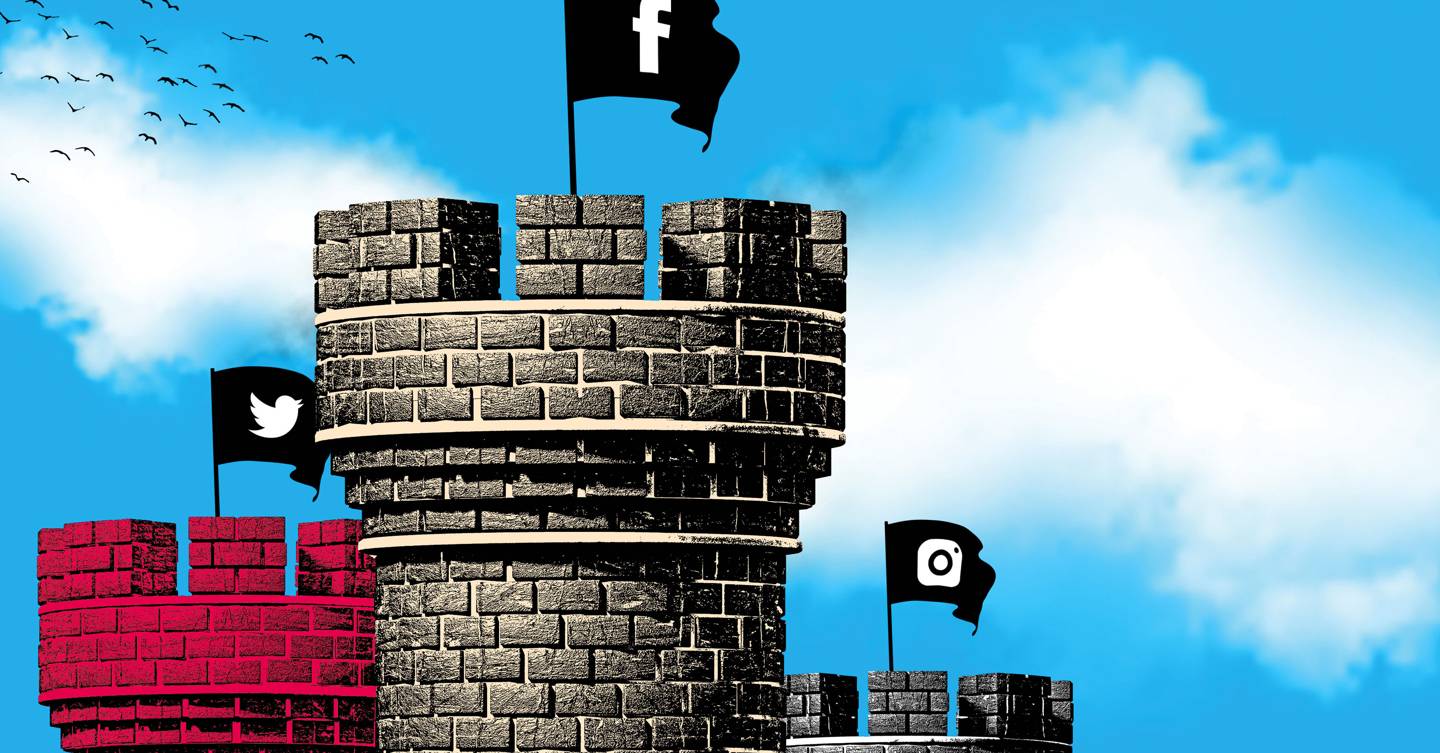 For my grandmother, Valentina Rachman, leaving the USSR was a momentous and difficult choice. Making her way across Europe to a camp in Germany, and thence to a Displaced Persons ship to Canada, meant facing enormous danger – including nearly being burned to death in an antisemitic arson attack in Poland – and then starting over in a new country where she had few contacts and could not speak the language.

But even after she learned English and established herself and her family in Toronto, she continued to pay a price for leaving: she was utterly cut off from her mother, brother, cousins and other family in Leningrad. She didn’t even know if they were alive. It was a decade before her phone rang and my father heard his mother cry out “Mama!” for the first time.

I moved from Toronto to San Francisco to London to Los Angeles. Each time, the move has gotten easier. When I left London five years ago, I shipped over my books, my clothes – even my appliances! (I bought voltage adapters.) I videoconference with my in-laws in London and Wales weekly on Saturdays, and with the Toronto bunch every Sunday. If I change my mind, I can always move back.

When we talk about social media monopolies, we focus too much on network effects, and not enough on switching costs. Yes, it’s true that all your friends are already stuck in a Big Tech silo that doesn’t talk to any of the other Big Tech silos. It needn’t be that way: interoperable platforms have existed since the first two Arpanet nodes came online. You can phone anyone with a phone number and email anyone with an email address.

The reason you can’t talk to Facebook users without having a Facebook account isn’t that it’s technically impossible – it’s that Facebook forbids it. What’s more, Facebook (and its Big Tech rivals) have the law on their side: the once-common practice of making new products that just work with existing ones (like third-party printer ink, or a Mac program that can read Microsoft Office files, or an emulator that can play old games) has been driven to the brink of extinction by Big Tech. They were fine with this kind of “competitive compatibility” when it benefited them, but now that they dominate the digital world, it’s time for it to die.

To restore competitive compatibility, we would need reform to many laws: software copyright and patents, the anti-circumvention laws that protect digital rights management, and the cybersecurity laws that let companies criminalize violations of their terms of service.

New proposals from the UK Competition and Markets Authority, as well as the EU’s Digital Services and Digital Markets Act and the US ACCESS Act of 2020, all contemplate some form of interoperability mandate – forcing the dominant platforms to open up the APIs they already use to let various parts of their own business talk to one another. These mandates are a great floor under interoperability, but they can’t be the ceiling. That’s because they would be easy for big companies to subvert: if a lawmaker forces you to open a specific conduit to your competition, then you can respond by moving all the interesting data away from that conduit. You’re still providing a jack that competitors can plug into, but you’ve moved all the important stuff to another jack.

But with both mandates and competitive compatibility, a new equilibrium emerges. A tech giant that nerfs its mandated interfaces doesn’t send the upstarts who relied on it packing: rather, it embarks upon a costly and chaotic arms-race, where those competitors use scrapers, bots and other tools to maintain the link between their users and the dominant platform’s hostages.

Big Tech companies (with the exception of Twitter) have objected to this. If we don’t get a veto over who connects to our services and how, they say, how will we safeguard those users’ privacy? They won’t. And they don’t. The rules that determine when someone is abusing your privacy should come from democratic deliberation: from law and regulation. How your data can – and can’t – be used is too important to leave up to the whims of tech executives.

2.6 billion people are locked up in Facebook’s walled garden and that means that you very well might submit to being locked in alongside them. That’s network effects. Once you’re there, you might hate it, but you still stick around because you don’t want to leave your friends.

Network effects are why my grandmother’s family stayed behind in the USSR. Low switching costs are why I was able to roam freely around the world, moving to the places where it seemed like I could thrive.

Network effects are a big deal, but it’s switching costs that really matter. Facebook will tell you that it wants to keep bad guys out – not keep users in. Funnily enough, that’s the same thing East Germany’s politburo claimed about the Berlin Wall: it was there to keep the teeming hordes of the west out of the socialist worker’s paradise, not to lock in the people of East Germany.

Mr Zuckerberg, tear down that wall.

Cory Doctorow is a journalist, activist and science fiction author

🏎️ Lewis Hamilton opens up about activism and life beyond F1

🌊 Netflix’s Seaspiracy explores the impacts of overfishing. But will it make people change their behaviour?

🎧 Which music streaming service should you choose? We test Spotify, Apple Music and more