Why Inspiration4 Was a Huge Milestone For the Space Industry 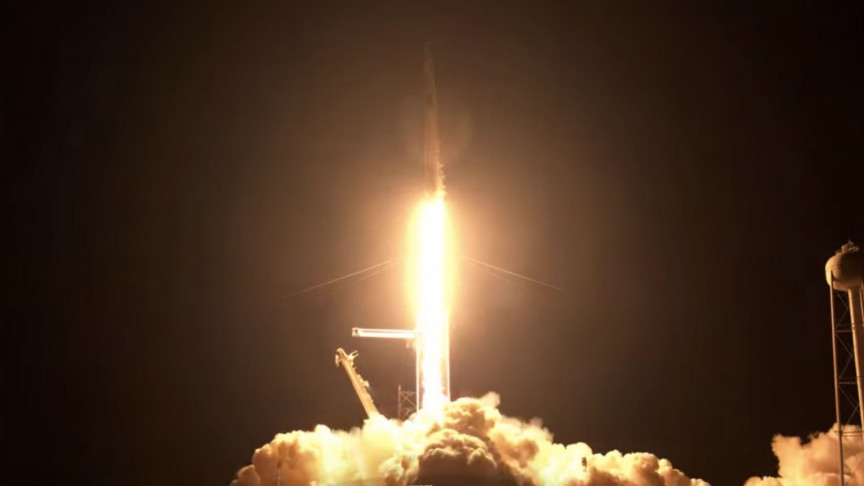 SpaceX’s Inspiration4 mission, which successfully launched atop a Falcon 9 rocket at 8:02 PM EDT, is the first all-civilian Earth-orbiting mission in history.

Inspiration4 was funded by the mission’s commander, tech billionaire Jared Isaacman. He donated the three other seats for the flight, which are filled by geoscientist Sian Proctor as the pilot, St. Jude physician’s assistant Hayley Arceneaux as the medical officer, and data engineer Chris Semproski as the mission specialist. Like an extreme version of an amateur going skydiving without being strapped to an instructor, it is the first time that a spaceflight has gone orbital without any professional astronauts aboard. You can watch the launch as it happened live below.

As Space.com points out, it isn’t the first mission to send amateurs into orbit. NASA’s current Administrator Bill Nelson, for example, flew on the space shuttle Columbia STS-61-C mission in 1986 as a member of the U.S. House of Representatives. Tragically, during another Space Shuttles mission, the Challenger space shuttle broke apart after launch with a teacher — selected as part of NASA’s “Teacher in Space” program — onboard. Between 2001 and 2009, Virginia company Space Adventures sent seven different space tourism customers to the ISS aboard the Russian Soyuz spacecraft.

It’s worth pointing out that the most recent high-profile space tourism launches — Virgin Galactic and Blue Origin both recently launched their founders into space — did not go into orbital space. Instead, they launched to the edge of space where they provided views of panoramic views of Earth in microgravity.

Unlike any of the missions mentioned above, Inspiration4 launched to orbit without a single trained astronaut aboard. This would not have been possible without the automated spacecraft technology aboard SpaceX’s Crew Dragon capsule, which has been honed over dozens of test flights as well as crewed launches to the International Space Station (ISS) for NASA — the “Resilience” crew capsule currently orbiting Earth for the Inspiration4 mission also took SpaceX and NASA’S Crew-1 mission to the ISS.

Unlike the Crew-1 mission, Inspiration4 is flying at a higher altitude than the ISS — it will reach an altitude of 357 miles (575 km) above the Earth, while the ISS orbits at an altitude of 250 miles (400 kilometers). It also won’t rendezvous with the orbital station and will instead orbit Earth for four days. This is a significantly longer time than the trips offered by Virgin Galactic and Blue Origin, both of which spend less than half an hour in microgravity. For the Inspiration4 launch, the “Resilience” capsule was also fitted with a viewing cupola in a space that would otherwise be taken up by docking apparatus for ISS missions.

Talk of space tourism making space accessible to the masses, and of democratizing space, is still way off the mark — Inspiration4, which will raise funds for St. Jude Children’s Research Hospital in Memphis, launched at an estimated cost of $200 million with the crew having to train for six months prior to launch.

Still, the fact that both Virgin Galactic and Blue Origin’s shorter missions cost more, at between $250 and $450 million, is a sign of how quickly things can change in the space industry. While the 350-mile-high club will likely remain an exclusive one for years to come, the incredibly high-achieving SpaceX has joined the ranks of space tourism firms, providing a massive boost for the industry. What’s the next big step for the space tourism industry? Japanese billionaire Yusaku Maezawa aims to go to the Moon with a group of public participants in 2023 in a dream mission aptly named Project dearMoon.