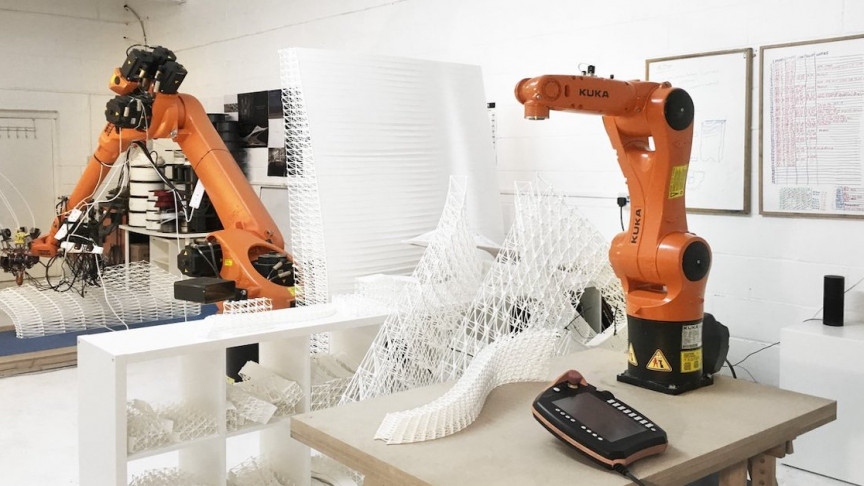 The 3D printing revolution is slow and steady but has the potential to be highly disruptive.

This transformative approach to industrial production allows engineers to rapidly create prototypes and sometimes lighter and stronger parts, at a fraction of the cost compared to more commonly used subtractive manufacturing methods. Logically, individuals, companies, and institutions are drawn to this value proposition.

The 3D printing, or additive manufacturing (AM), market was valued at $13.7 billion in 2019, 14.4% higher compared to the previous year. Various estimates have the emerging industry slated to reach a market value of approximately $41 billion by 2026.

Why? In its early days, additive manufacturing focused primarily on consumer intent rather than industrial value. Over the decades, the perception of the said technology has changed. Technology for 3D printing has grown to become a powerful tool not only for rapid prototyping, but it has developed into a useful mechanism for the fabrication of low-production end parts.

Driven by the automotive and aerospace industries, engineers are exploring various ways to integrate 3D printing technologies into workflows. Automotive leaders like Bugatti have used AM to print some parts for flagship vehicles. Boeing and Airbus have also been using AM technologies to develop and produce some parts for their airplanes, satellites, and helicopters.

Apparel companies Adidas and Nike are using 3D printing technologies to push the production volume of some of their most ambitious sneaker designs.

Restaurants are exploring various ways to print food and even beverages. Medical professionals are beginning to print functioning organs and organoids. And this is only the beginning.

Additive manufacturing has already infiltrated just about every major industry. However, although the technology offers engineers some exciting workflow benefits, AM does have its limitations.

What is additive manufacturing?

The terms additive manufacturing and 3D printing tend to be used interchangeably. However, they are not necessarily the same thing. We will get to this in a second. Whether on an office desktop or the production floor in a warehouse, 3D-printing is based on the same principle.

The technology uses a specialized “printer,” which uses a specialized filament as “ink”, in order to turn a digital model, developed using  Computer-Aided Design (CAD) into a physical three-dimensional object. To do this, the “ink” is generally added one layer at a time. This is where the term “Additive manufacturing” comes from. This process is completely different from how the more conventional subtractive manufacturing like CNC machining, works.

Additionally, compared to its formative and subtractive cousins, AM requires no special tools other than the printer, filament, and CAD model. Items are manufactured directly onto the build platform. This offers engineers a unique set of benefits, like the creation of complex geometric parts at relatively low cost, low-cost start-up and prototyping, and the ability to manipulate materials relatively easily.

Now, let’s talk about the elephant in this article. Additive manufacturing and 3D printing are commonly used interchangeably. The term AM tends to be used as an all-inclusive term to describe complex industrial processes that include 3D printing technologies. The entire streamlined 3D fabrication process used to create functional prototypes, molds, mold inserts, and end-use products are described as additive manufacturing.

3D printing is habitually used to describe the individual process of printing and the technology’s consumer side.

Though this article will focus primarily on the industrial side of 3D printing technologies, we will be using the phrases interchangeably for simplicity.

The ISO/ASTM 52900 standard categorizes the various 3D printing methods out there into several groups. Today we’re are going to list the most commonly used techniques used within the industrial space.

Material Extrusion is the process in which a material is selectively dispensed through a nozzle or orifice. Fused Deposition Modeling (FDM)  falls under this category. It is one of the most well-known additive manufacturing processes, commonly used by both enthusiasts and manufacturers. It is suitable for both prototyping and has some functional end-part applications.

This method involves using spooled polymer filaments or materials, which are extruded or drawn through a heated nozzle mounted on a movable arm.

The automotive industry uses Stratasys FDM printers like the Fortus 900mc to rapidly prototype designs and essential components. It is also common in the aerospace industry to FDM-print lightweight composite parts, durable jigs, and fixtures.  The UK company Marshall Aerospace and Defence is using FDM technologies even to produce flight-ready parts.

Metal alloys that are difficult to process with other technologies, such as metal superalloys, are also used with this technique. NASA has used DMLS/SLM techniques to create rocket engine components. The US and Australian military have also used powder bed fusion technology to create weapons and tools in the field. Automotive companies like GM and Ford use this AM process to produce spare parts for vehicles.

Material Jetting shares some similarities to an inkjet printer. Nonetheless, instead of printing a single layer of ink on a piece of paper, multiple layers of material are deposited to build up a solid part. Droplets of material are selectively deposited and cured on a build platform. Material Jetting is considered to be the most precise 3D printing technology and is comparable to injection molding.

However, due to the high costs of this 3D printing technology, compared to other high-fidelity techniques like DLP or SLA, material jetting is not always suitable for functional applications. It is, however, great for realistic prototypes and components that need excellent visual appearance and finish.

Equally, there is an extensive amount of materials available to engineers to create 3D printed objects

Thermoplastics are the most-used additive manufacturing materials. Commonly used thermoplastics include Acrylonitrile butadiene styrene (ABS), polylactic acid (PLA), and polycarbonate (PC). Though more widely used for prototyping, these do offer manufacturers some functional applications. They tend to be used for processes that require a high level of detail.

Metals are next on our list. Using DMLS/SLM, companies are able to produce consolidated lightweight, functional metal parts. The AM techniques currently available allow for the fabrications of precious metals like gold and silver, as well as strategic metals like stainless steel and titanium.

Ford Motor Company is one of the earliest adopters of 3D printing. Not only have they used additive manufacturing to create and test prototypes, but the Ford teams have also used AM to manufacture the 2020 Shelby GT500’s parking brake bracket. The brake manufacturing process used DLS 3D printing technology and was made from EPX 82 material.

The Dutch-based AM company Formatec Ceramics specializes in the fabrication of ceramic technical components. They produce implants for the medical industry as well as high-tech aerospace parts like intricate heat exchangers and sensors.

Biochemicals are an emerging field in additive manufacturing. Researchers are making new strides in the area of bioprinting, using bio-inks made from a soup of cells and biopolymers to create tissue and even organs.

In the realms of bioprinting, the Australian start-up Inventia Life Science has been working on a method that would allow doctors to 3D-print skin directly onto a patient’s wound. Skin cells are deposited as tiny skin cell droplets on an affected area using the same principle as inkjet printing.

There are specific industries accelerating AM adoption.

Aerospace engineers often utilize 3D printing technologies to manufacture high-performance parts. The capacity to produce topology optimized structures with a high strength-to-weight ratio, as well as the ability to consolidate multiple components into a single part, is highly appealing to engineers. AM has helped the aerospace companies make significant savings. By 3D printing various components on Earth and in space engineers can positively impact an aircraft’s payload, emissions, fuel consumption, speed, and safety.

The additive manufacturing technique of bioprinting is an offshoot of 3D printing. The process involves taking cells from donors, turning them into printable bio-ink that is fed through a printer, fabricated layer by layer to create tissue ready for transplant.

This technology is still very much in its early stages, but researchers worldwide have printed human skin, hearts, lungs, bones, and livers within the laboratory. In the future, it may become commonplace to print fully functioning organs.

More traditional SLA 3D printing techniques are also being used to create custom 3D printed models, anatomical models to plan and practice for surgery, for education, and for the creation of functional prosthetics.

Additive manufacturing is slowing working its way up through the automotive design workflow, significantly reducing design times and lead times on new car models. Material extrusion and material jetting are being used for design communication, prototyping, prototype validation, and pre-production stages of a production workflow. Custom jigs, fixtures, and other tooling are commonly printed to help to reduce costs.

Robotics engineers are able to use 3D printing to create components customized to a specific task at a reduced weight and cost. Commonly used parts like grippers and sensor mounts are generally expensive to fabricate and need to be custom designed for different uses. Engineers are able to use 3D printers for end-of-arm tooling and end-use parts. Haddington Dynamics uses its printer to print robot arms for NASA and GoogleX for 58% less cost than with traditional manufacturing.

Additive manufacturing has its limitations

3D printed objects have lower strength and anisotropic material properties compared to parts made through other manufacturing means. Parts printed layers by layer tend to be weaker and more brittle in one direction by approximately 10% to 50%.

This is not always the case, as some DMLS and SLM printed techniques fabricate metal components that offer better mechanical properties than bulk materials. Nevertheless, weak material strength is preventing the use of 3D-printing for more critical functional applications.

One of the biggest downsides of additive manufacturing is its economies of scale. When it comes to large production runs, CNC machining and injection molding are the most cost-effective. At higher quantities, unit prices do not decrease that much compared to the alternatives mentioned.

Other factors, like the speed of printing for smaller-scale components, and lack of consistency, will prevent AM from overtaking standard manufacturing, while AM tends to be the preferred method for one-off and low-production end parts. Innovations in AM could change things in the coming decade.

When do companies prefer to use traditional manufacturing?

Companies will pick a subtractive technology like CNC machining over 3D printing in a wide range of scenarios. When producing parts in the 100s or greater, CNC machining is more economical because of the economies of scale.

If a manufacturer needs a part with simple geometry, then the subtractive process tends to be the best option. Finally, functional parts with tight tolerances or components where high material requirements are essential are typically created using CNC machining.

However, this does not make the technology any less disruptive. If anything, 3D printing technologies have already found a permanent home in the aerospace, medicine, and automotive industries.