Who the hell is BOE, Apple’s new iPhone 12 screen supplier? 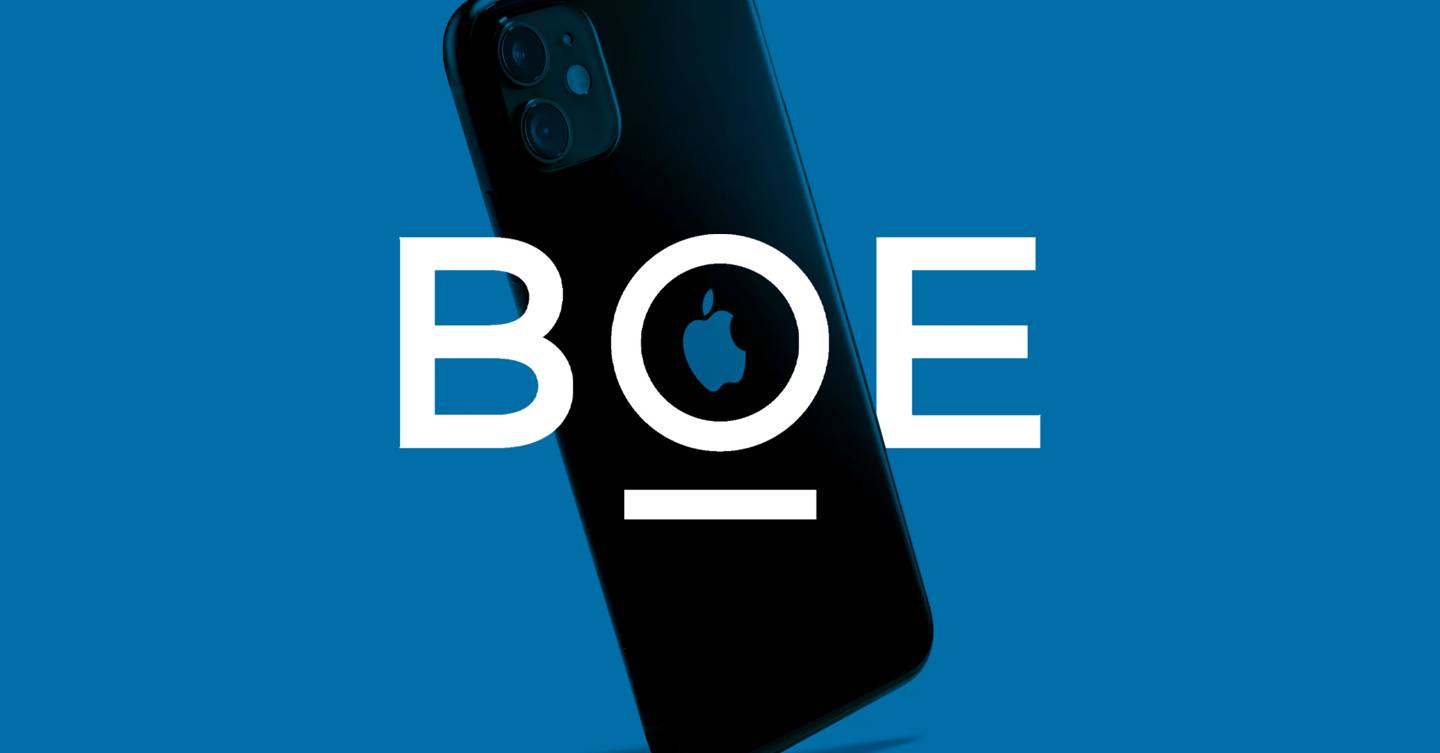 It’s a strange fact in the world of electronics that many competing brands you would think to be sworn enemies actually rely heavily on each other to make flagship products. This fact is thrown into sharpest relief when, as has happens frequently, companies sue each other while continuing to collaborate.

While Apple designs the market-leading CPUs that power its iPhone devices – and, soon, the silicon inside its MacBooks – the company has long relied on third-party manufacturers for its screens. Apple’s list of chosen suppliers has forever been dominated by big-name competitor brands, namely South Korea’s LG and Samsung; the former currently produces the screens for Apple’s “affordable” iPhone 11, while the latter provides the OLED panels for the top-end iPhone 11 Pro and 11 Pro models.

With this year’s iPhones, which are set to be the first to support 5G, Apple looks set to shake things up with plans to bring on a mysterious new display provider, seemingly at the expense of long-term companions LG, Sharp and Japan Display, all of which produce LCD screens for Apple’s lower-end handsets.

Luckily for Samsung, it looks like Apple plans to continue to use its display technology for its higher end smartphones, with tech analyst John Prosser tweeting that the so-called iPhone 12 and iPhone 12 Pro will come kitted out with Samsung OLED. If not, things could be looking even more dire for the company, which recently credited its slumping earnings to “unfortunate conditions” affecting its memory and display businesses.

While Samsung will continue to supply approximately 80 per cent of iPhone displays, rumours claim that a little-known company called BOE looks set to become Apple’s second-largest OLED supplier. Not only is this a sign that Apple’s lowest-cost iPhone 12 model will likely make the leap from LCD to OLED this year, but it’s also a sign that Apple is looking to diversify which manufacturers it uses, and potentially looking to ready itself for a move into the display market itself.

Who the hell is BOE?

You, like many of us when we first read the rumours, are probably wondering who the hell BOE is, and how it managed to score such a big deal despite its relatively unknown status. However, BOE is, in fact, the largest display manufacturer in China, supplying screens for smartphones, TVs and other electronic devices and home appliances.

The company, which was founded in Bejing in 1993 and acquired SK Hynix’s STN-LCD and OLED businesses back in 2001, is ranked second in the world when it comes to flexible OLED shipments, holding a market share of 11 per cent during the first quarter of this year. It, naturally, is still a long way behind market leader Samsung, which owned 81 per cent market share of the OLED market in the same quarter. Still, with a sizable chunk of the OLED market already under its belt, it perhaps won’t come as too much of a surprise – now, at least – that the firm already has some big-name allies.

BOE’s display technology is currently being utilised in Huawei’s most popular smartphone models, including the high-end P and Mate series, and it reportedly will manufacturer the palm-stretching screen set to appear on this year’s Huawei Mate 40.

BOE even provided the flexible OLED used in the foldable Huawei Mate X, which has proven way more reliable than Samsung’s flexible OLED efforts. Perhaps, then, it’s somewhat unsurprising that Samsung is reportedly considering using BOE screens for its future devices, likely at the expense of its own industry-dominating Samsung Display unit.

BOE’s surprising alliance with Apple isn’t the only time the two companies have worked together, either; the Chinese manufacturer already makes LCD screens for Apple’s older iPhones, and its tiny OLED panels are currently used in some Apple Watch models. It’s unclear how much BOE and Apple’s latest deal is worth, but it’s likely in the billions. According to online reports, Samsung’s deal with the iPhone maker is thought to be worth around $20 billion annually, so if BOE manages to secure 20 per cent of Apple’s display orders going forward, such a deal could be worth as much as $4bn.

Although BOE has managed to muscle its way into Apple’s exclusive list of OLED suppliers, and has invested heavily in facilities and equipment in order to meet the firm’s demands, the new partnership hasn’t got off to a flying start. According to reports, the company’s flexible OLED panels have not yet passed Apple’s final validation. This means, according to rumours, that BOE’s screens might not show up in the first batch of iPhone 12 models, and will instead start shipping on handsets at the beginning of 2021, with Apple instead set to re-increase its reliance on LG in the short term.

Scenarios like this, along with the fact that Apple is clearly looking to lessen its reliance on big-name display makers, makes us think that it won’t be long until the company ultimately stops relying on others altogether; after all, it’s no secret that Apple wants to control every aspect of its hardware development.

The display market could be Apple’s next target. Not only does the company already manufacturer screen technology in the form of its Pro Display XDR, but a recent Bloomberg report claims that Apple is “designing and producing its own device displays” and is making a “significant investment” in MicroLED panels. This technology utilises newer light-emitting compounds that make them brighter, thinner and less power-intense than the current OLED displays.

Apple’s efforts in MicroLED are reportedly in the “advanced stages”; the company has applied for more than 30 patents, and recent rumours suggest the firm is also considering investing over $330 million in a secretive MicroLED factory with the goal of bringing the technology to its future devices.

Further, some reports suggest that Apple’s next-generation wearable and MacBook devices will be the first to boast the OLED-besting technology, while others claim that MicroLED won’t be ready for prime-time until 2024.

“Apple can develop its own display solution to lead and innovate the market,” says Jerry Kang, senior principal analyst of Emerging Display Technologies & OLED at Omdia. “But Apple may not manufacture the display with its own capacity because the display manufacturing business needs a huge investment of equipment, development and management resource, and is very sensitive of demand and supply to keep the margin of sales.”

“So, it is more easy and economical to purchase the display from conventional suppliers rather than manufacture by Apple,” Kang adds.

In perhaps unrelated news, BOE last year formed a joint venture with Rohinni for MicroLED and mini LED backlighting manufacturing, and has reportedly started mass production of the next-generation panels. If true, this puts BOE ahead of its main competitors in the display sector when it comes to the next-generation display technology; although Samsung has shown off its first MicroLED efforts in the form of its bizarre “The Wall” television, a recent report from TheElec claims the firm is struggling with its initial microLED manufacturing, suffering from low assembly-line yields and inconsistent quality.

With that in mind, maybe there’s more to this unusual partnership than first meets the eye, and maybe it could have dire consequences for Samsung after all.