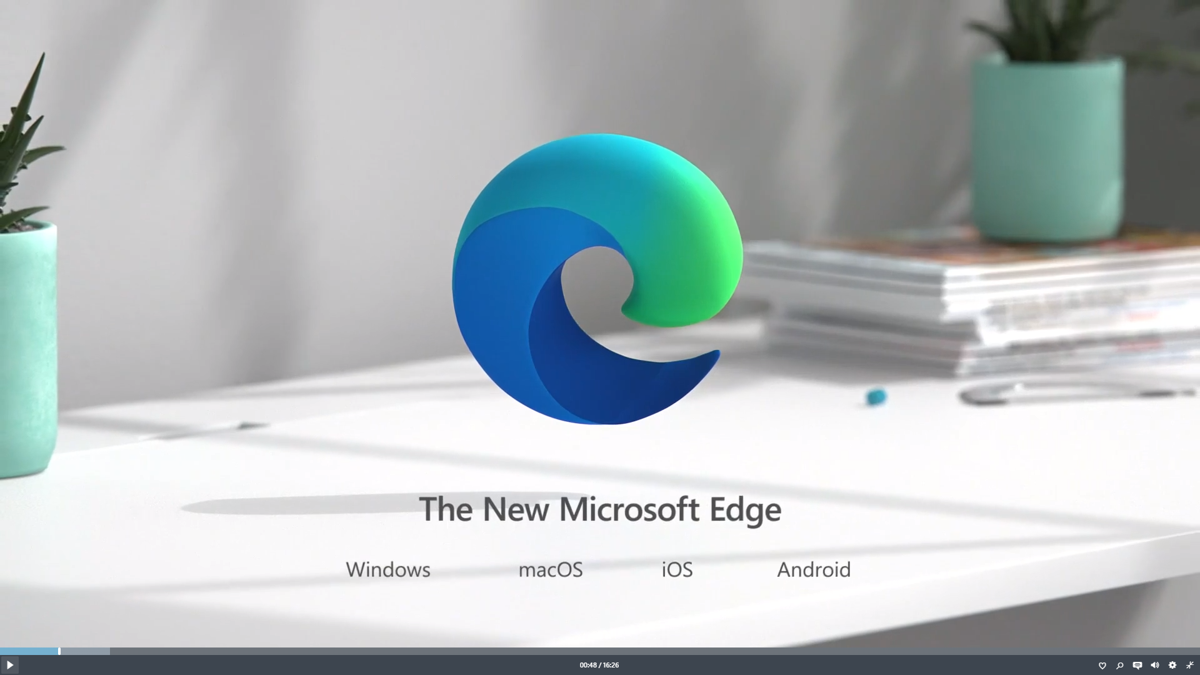 The default web browser that comes with Windows has made big strides in the past year. Microsoft made the decision to stop producing its own rendering code and instead to use the Chromium code that most web developers target these days. It’s paid off: Usage share has risen after a long period of floundering before the change. But Microsoft wasn’t interested in simply putting out a house-branded version of Chrome, instead offering innovations in appearance, function, and privacy. The first stable release appeared on January 15.

At Build 2020, Microsoft announced some appealing new features for end users and developers, including updates to Collections, on-page search, improvements to the browser’s extension store, and automatic profile switching. Microsoft’s Kyle Pflug, Principal PM Lead for Edge Developer, gave a talk at this year’s online Build conference covering all the new capabilities. I’ll touch on the high points, with an emphasis on end-user features, below.

Pflug noted that his team has already delivered over 3,000 code commits to the open-source Chromium project, with things like accessibility, touch input, and battery life performance.

Edge’s Collections feature is more lightweight, accessible, and useful than most similar tools that have appeared in browsers over the years. It lets you easily create a group of sites, images, and notes that are always available in a sidebar and synced across multiple Edge instances you’re signed into, whether on PC, Android, iOS, Mac, or web. New for Collections is integration with Pinterest—in both directions. By that I mean that you can both gather info from Pinterest suggestions for your Collection and output a collection to the social site. The integration is, of course, opt-in.

In other Collections news, users will be able to send a collection to OneNote, as well as to the already-supported Word and Excel. This makes eminent sense, as both Collections and OneNote provide ways to collect and organize notes and media.

A favorite feature of mine from the original Edge browser is coming to the new Edge: a search result sidebar. It is much more convenient to see query results in the same window as your webpage, rather than having to open a new browser tab as you do in all the other web browsers.

The new Automatic Profile Switching feature is just what it sounds like. If, for example, you’re logged in with your personal account and then jump to a work website that needs your work credentials, the browser detects that and switches to your work profile. A related new feature for business users is upcoming support for Windows Information Protection on Windows 10. This technology protects sensitive corporate content. Also for business Microsoft 365 customers, Bing search will show custom business info in the results—contacts, documents, and intranet pages, for example.

One new capability that’s coming but not mentioned by Pflug is vertical tabs, so you can have a list down the side rather than across the top. Microsoft watcher Richard Hay sleuthed out this new feature at one of the Build sessions.

Build is definitely a developer show, so of course Pflug was eager to highlight new capabilities for coders. The first one he mentioned was WebView2, which isn’t actually about the browser itself, but about developers’ ability to use all the browser code in their Windows apps. The previous version of WebView was tied to the Windows version, while WebView2 is decoupled and works anywhere Edge does.

Edge’s new PWA (progressive web app) capabilities impact both developers and users. These are basically websites that you can treat as apps, using the menu option Apps > Install this site as an app. Said Pflug, “The story with progressive web apps is always about, how can we close the gap as much as possible with the experience that users have native apps on their device?”

Updates aimed at accomplishing this include letting you manage settings for PWAs in Windows Settings, installing from the browser start screen, and share sheet capabilities (both sharing out and receiving shares from Windows’ standard share sheet). This makes a lot of sense, given how many modern apps are web-first. 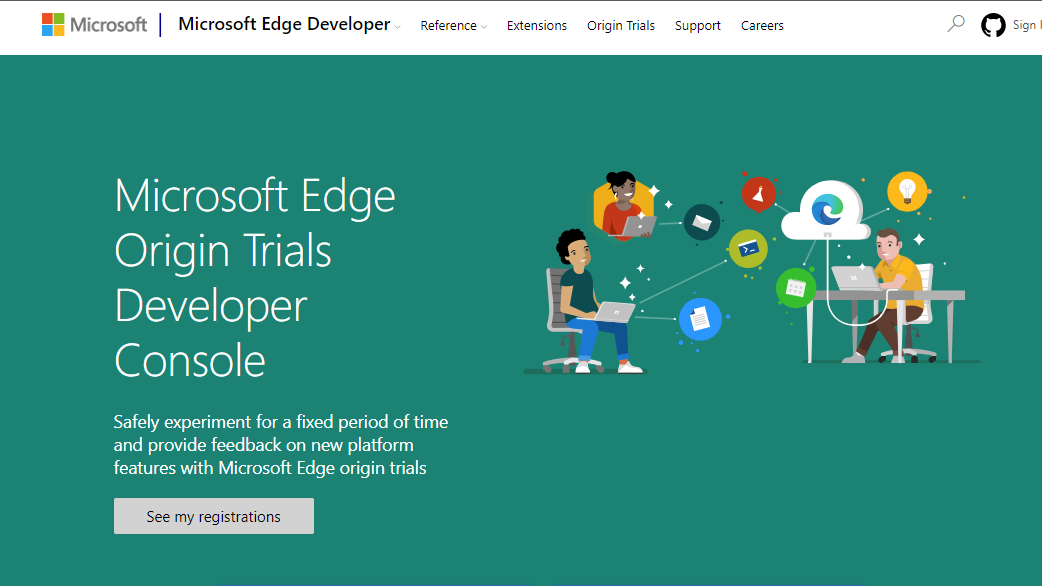 Origin Trials is a new service available to Edge programmers announced at this year’s Build. It lets them turn on experimental browser features for a portion of their users for a set period of time. Participation in the program can influence the final released feature.

How to Get Edge and the New Features

The new Edge will roll out to all Windows users over the next few weeks. To be immediately upgraded to the current stable release, head to the Microsoft Edge download page, where you’ll find the installer not only for Windows 10, but also for the three previous Windows versions as well as for macOS, iOS, and Android. 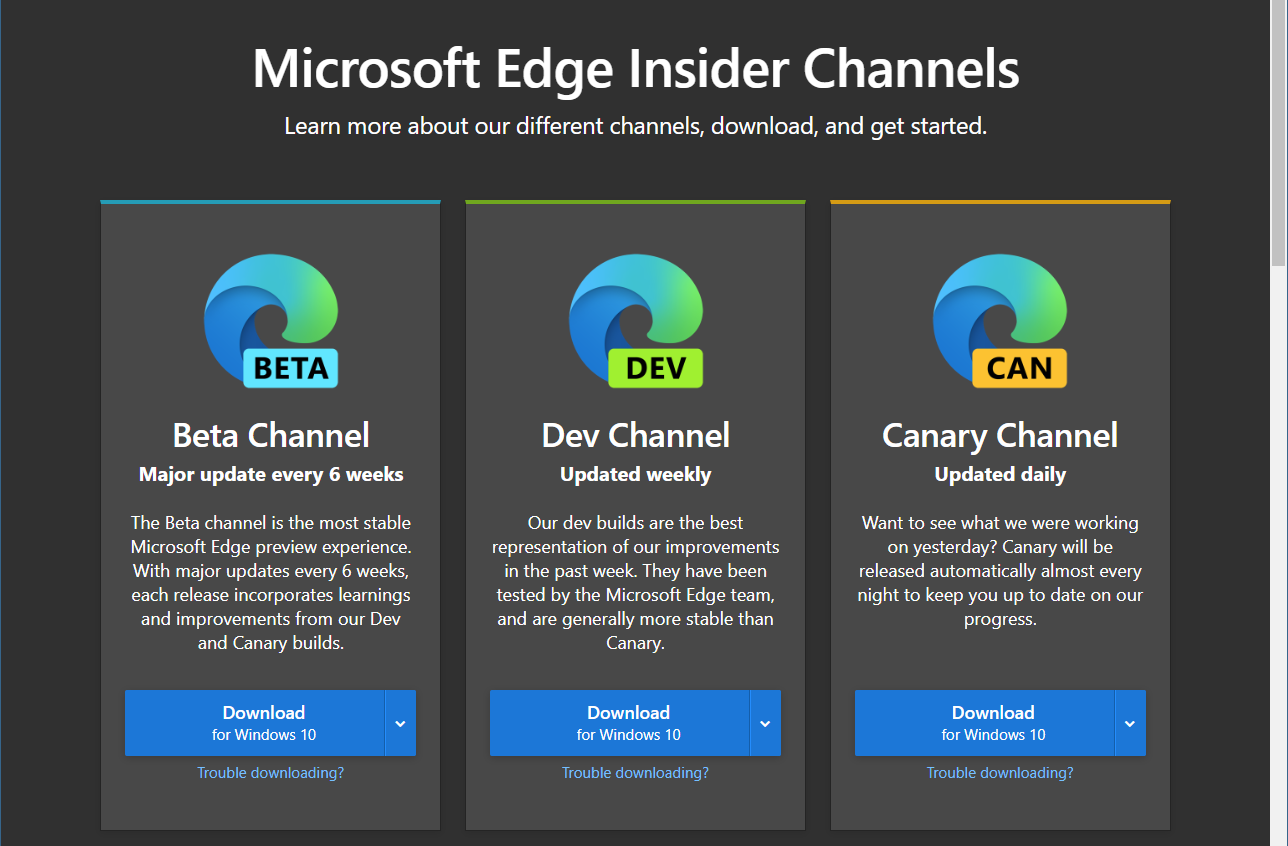 Getting this version, however, won’t endow you with all the new features mentioned here yet. For that, you have to head to the Microsoft Edge Insider page, where you can download preview builds. These include the more-stable Beta, somewhat more experimental Developer release and the bleeding-edge Canary release.

Pflug confirmed a Linux version of Edge “is real and it’s coming,” though he wouldn’t specify a precise launch timeframe. Though that’s not yet publicly available, its existence can be verified by its appearance in one of the Build 2020 video segments on new Windows app coding tools. For a closer look at the so-far impressive browser, check out or detailed look at Microsoft Edge (Chromium).