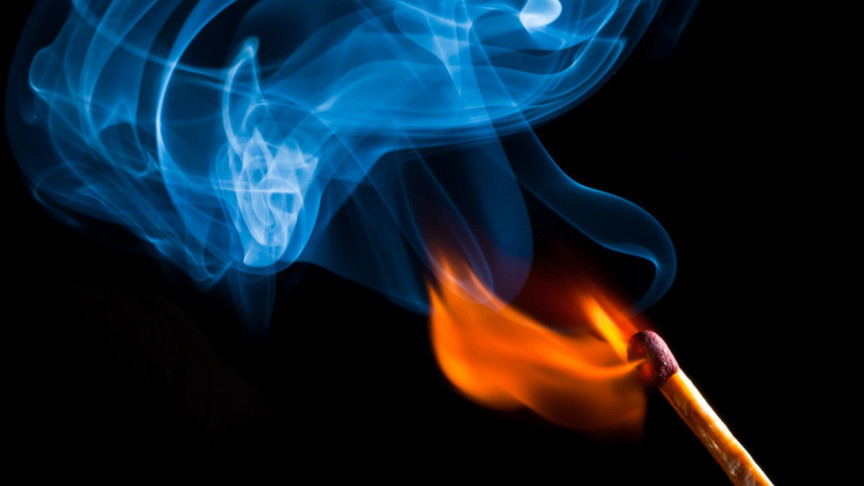 Thermodynamics is the branch of physics that studies the relationship between heat and other forms of energy. It’s especially focused on energy transfer and conversion and has a lot to contribute to the fields of chemical and mechanical engineering, physical chemistry, and biochemistry.

The term “thermodynamics” was likely first coined by mathematical physicist William Thompson, also known as Lord Kelvin, in his paper On the Dynamical Theory of Heat (1854).

Modern thermodynamics is based on four laws:

In this article, we’ll be focusing on the first and second laws of thermodynamics.

What are the first and second laws of thermodynamics?

The first law of thermodynamics is also known as the law of conservation of energy. Given that the energy can’t be created or destroyed, the total energy of an isolated system will always be constant because, and can only be converted into another form of energy or transferred somewhere else in the system.

The second law introduces the concept of entropy in thermodynamics. Entropy is a physical property that measures the amount of thermal energy in a system that is unavailable for doing useful work. The energy that can’t do work turns into heat, and the heat increases the molecular disorder of the system. Entropy can also be thought of as a measurement of that disorder.

The second law of thermodynamics states that entropy is always increasing. This is because, in any isolated system, there is always a certain amount of energy that is not available to do work. Consequently, heat will always be produced and this naturally increases the disorder (or entropy) of the system.

The increasing entropy (ΔS) equates to the heat transfer (ΔQ) divided by the temperature (T). This is why the second law of thermodynamics can be expressed with the formula ΔS =ΔQ / T.

Who discovered the laws of thermodynamics?

As stated above, the first law of thermodynamics closely relates to the law of conservation of energy, which was first expressed by Julius Robert Mayer in 1842. Mayer realized that a chemical reaction produces heat and work and that work can then produce a definite amount of heat. Although this is essentially a statement of the conservation of energy, Mayer was not part of the scientific establishment, and his work was ignored for some years.

Instead, German physicist Rudolf Clausius, Irish mathematician William Thomson (Lord Kelvin), and Scottish mechanical engineer William Rankine would have a greater role in developing the science of thermodynamics and adapting the conservation of energy to thermodynamic processes, starting in around 1850.

The second law of thermodynamics has its origin in the work of  French mechanical engineer Nicolas Léonard Sadi Carnot, who studied steam engines. He is often considered the father of thermodynamics due to his book Reflections on the Motive Power of Fire (1824), which presented a theoretical discussion of the perfect (but unattainable) heat engine “Motive power” is what we’d call work nowadays, and “fire”  refers to heat.

In this book, Sadi Carnot wrote an early statement of the second law of thermodynamics, which was reformulated by Rudolf Clausius more than forty years later. Other scientists also contributed to defining the law: the aforementioned Lord Kelvin (1851), German mathematician Max Planck (1897), and Greek mathematician Constantin Carathéodory (1909).

According to thermal science researcher Jayaraman Srinivasan, the discovery of the first and second laws of thermodynamics was revolutionary in the physics of the 19th Century.

The third law of thermodynamics was developed by German chemist Walther Nernst at the beginning of the 20th century. Nernst demonstrated that the maximum work obtainable from a process could be calculated from the heat evolved at temperatures close to absolute zero. The zeroth law had been studied since the 1870s but was defined as a separate law during the 1900s.

How are the first and second laws of thermodynamics related?

The first and second laws of thermodynamics are independent of each other because the law of entropy is not directly derived or deduced from the law of conservation of energy or vice versa.

But at the same time, the two laws complement each other because, while the first law of thermodynamics includes the transfer or transformation of energy, the second law of thermodynamics talks about the directionality of physical changes —how isolated or closed systems move from lower to higher entropy due to the energy that can’t be used for work.

Why are the first and second laws of thermodynamics important?

The laws of physics explain how natural phenomena and machines work. These explanations not only satisfy our curiosity but also allow us to predict phenomena. In fact, they are instrumental in allowing us to build functional machinery.

As a branch of physics, thermodynamics is no exception for this. If you know how much energy in a system can be used for work, and how much will turn into heat (and there’s always a certain amount of “useless” energy in a system), you can predict how much heat a given machine will produce under different conditions. Then, you can decide what to do with that heat.

Heat is a form of energy and if you know that energy can’t be destroyed but only transformed, you could find a way to turn that thermal energy into mechanical energy —which is what, in fact, heat engines do.

Given this basic application of the first and second laws of thermodynamics, you can probably imagine how useful they can be in the engineering field. But they can also have applications in chemistry, cosmology (entropy predicts the eventual heat death of the universe), atmospheric sciences, biology (plants convert radiant energy into chemical energy during photosynthesis), and many other fields. Hence the importance of thermodynamics

Can you break the first two laws of thermodynamics?

To break the first law of thermodynamics, we’d have to create a “perpetual motion” machine that worked continuously without the input of any kind of power. That doesn’t exist yet. All the machines that we know receive energy from a source (thermal, mechanical, electrical, chemical, etc.) and transform it into another form of energy. For example, steam engines convert thermal energy into mechanical energy.

To break the first law of thermodynamics, life itself would have to be reimagined. Living things also exist in concordance with the law of conservation of energy. Plants use photosynthesis to make “food” (chemical energy for their use) and animals and humans eat to survive.

But things may be a bit different in the quantum world. In 2002, chemical physicists of the Australian National University in Canberra demonstrated that the second law of thermodynamics can be briefly violated at the atomic scale. The scientists put latex beads in water and trapped them with a precise laser beam. Regularly measuring the movement of the beads and the entropy of the system, they observed that the change in entropy was negative over time intervals of a few tenths of a second.

More recently, researchers, including some working on Google’s quantum processor Sycamore, created “time crystals”, an out of equilibrium phase of matter cycling indefinitely between two energy states without losing any energy to the environment. These nanoparticles never reach thermal equilibrium. They form a quantum system that does not appear to increase its entropy —which totally violates the second law of thermodynamics.

This is a real-life demonstration of Maxwell’s demon, a thought experiment to break the second law of thermodynamics.

Proposed by Scottish mathematician James Clerk Maxwell in 1867, the experiment consisted of putting a demon in the middle of two chambers of gas. The demon controlled a massless door that allowed the chambers to exchange gas molecules. But given that the demon opened and closed the door so quickly, only fast-moving molecules passed through in one direction, and only slow-moving molecules passed through in the other. This way, one chamber heated up and the other cooled down, diminishing the total entropy of the two gases without involving work.

Although we still don’t know exactly how to use time crystals, it is already considered a revolutionary discovery in condensed matter physics. Time crystals could, at the very least, significantly improve quantum computing technology.

But there’s also something about the concept of “perpetual motion without using any energy” that unavoidably leads futuristic minds to imagine perpetual motion quantum devices which won’t require any additional input of energy —such as an unplugged refrigerator that is still able to cool your food down; or more science-fictiony, a supercomputer sustaining the simulation we could be living in.