What Do Emoji Say About Us? 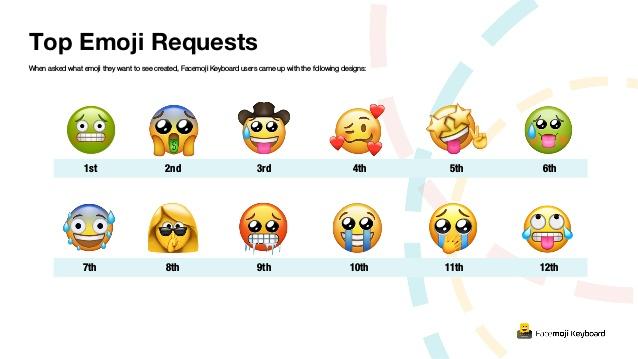 Sometimes there are just no words, and so we turn to emoji. The tiny avatars of our feelings and food preferences have been stand-ins for a while for what we can’t say, and never more so than now, when every emotion feels so enormous.

Facemoji Keyboard released a State of Emoji Report that shows a huge uptick in emoji usage in late March, when COVID-19 moved to the forefront of all communication. Accordingly, the mask emoji and microbe emoji were used, respectively, 8,822 percent and 69,354 percent more than they were the year before. These small symbols are pictographic representatives of our lives.

Ancient cultures used pictograms to represent their subset of civilization, but now, emoji are in use worldwide and are even developed by one body, the Unicode Consortium.

Because of this, they speak to so much about us and the state of the world. The Unicode Consortium lays out what it takes into consideration when selecting emoji, with one of the factors for inclusion being whether an emoji breaks new ground—meaning emoji evolve along with us.

The emoji we use are all descendants of the original set of 176 created in 1999 under the guidance of Shigetaka Kurita at NTT Docomo. A population explosion has brought the total number of emoji to over 3,000.

The past few years have seen an uptick in emoji that express accessibility (guide dogs and hearing aids)  and inclusivity (55 gender and skin-tone variations). They are positive changes, and we often hear that times are (when measured by history) better. It certainly does not feel like that right now, though. It’s reflected in the mostly anxious-seeming emoji above that Facemoji keyboard users submitted as suggestions for the future.

But to truly gauge where we’re going and what we have to say about it, we’re going to have to make our fate and faces together before the Unicode Consortium next year.