What Are People Doing on Social Video Chats? 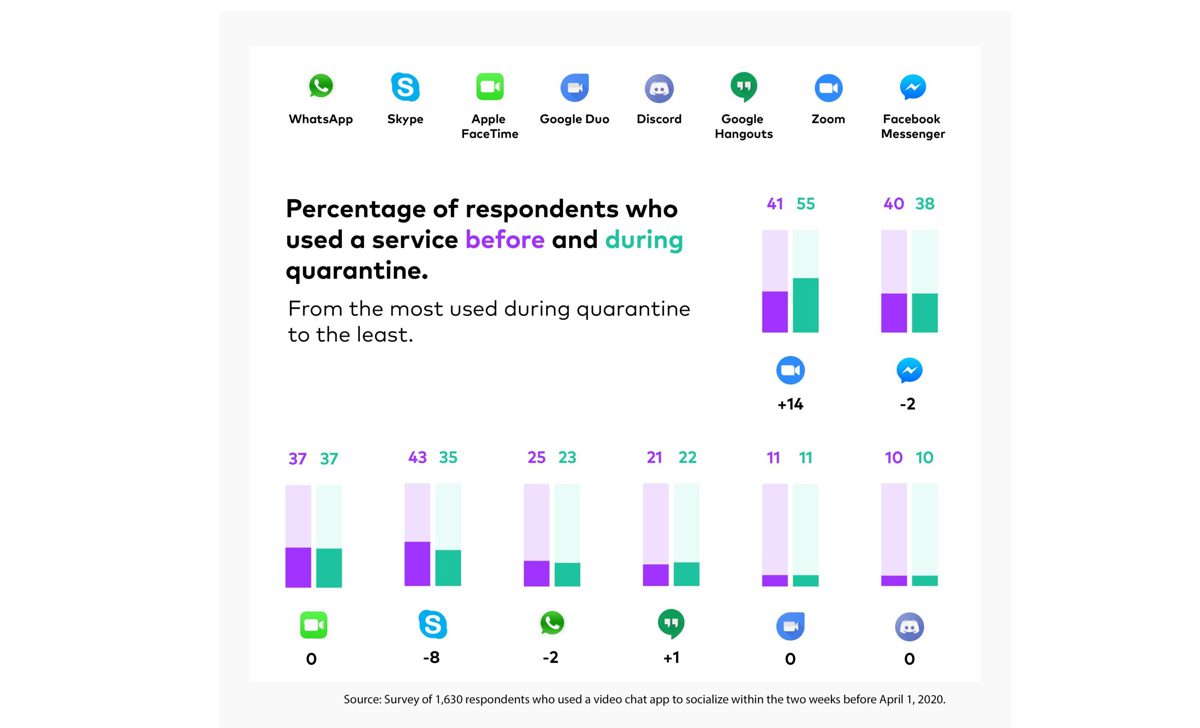 Screen time used to be a thing we were concerned about. We monitored how much time we spent on our devices as opposed to, say, being physically present with people. Right now, though, for a lot of us, the time we spend on our devices is the only time we’re with people. The COVID-19 quarantine has turned video calls into the closest thing many people have to socializing.

Flixed surveyed US residents to see how and where they’re spending their social video time. Most respondents are video chatting at least twice a week, for an average of two and a half hours a day. The generational differences are small. Gen Z video-chats about four days a week for around three hours while Boomers chat about three and a half days a week for two and a quarter hours.

While the majority of people (88.6 percent) spend their time just socializing, others get creative: playing games (30.4 percent), watching movies together (13.2 percent), and even dancing (4.7 percent). Only 5 percent worried about Zoom bombers crashing their fun.

Zoom predictably saw an increase in how many people are using the service, with an influx of 14 percent of new users after quarantine. It was far ahead of other services, with Google Hangouts being the only other service to gain anything, and just 1 percent at that. Most services maintained their number of users, though Skype actually lost 8 percent.

One thing is 100 percent certain though—video chat has changed what could otherwise be an even more isolating quarantine experience.