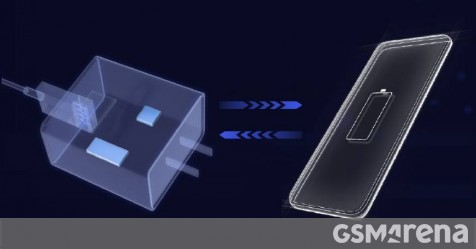 Last week’s poll shows that money spent on fast charging R&D was a great investment by smartphone makers. The new batch of battery and charging technologies that will breach the 100W barrier has many fans excited.

With a 60% positive vote, support for fast charging is strong. However, the supporters are split almost evenly into two groups – ones that want a standards-compliant charger and ones that value speed above all else.

There is a vocal minority that opposes such technologies on the basis that they degrade the battery and reduce its capacity over time. Well, actually not that minor – 1 in 4 agree fall in this group.

This ties into the poll from a couple of weeks ago. Most people now expect to keep their phone for 3 years so battery degradation is certainly a worry. A large battery and an overnight charge with a slow wired or a wireless charger is good enough for a quarter of voters.

That said, wireless charging, be it fast or slow, doesn’t seem particularly popular, even though it’s quite common on phones these days. 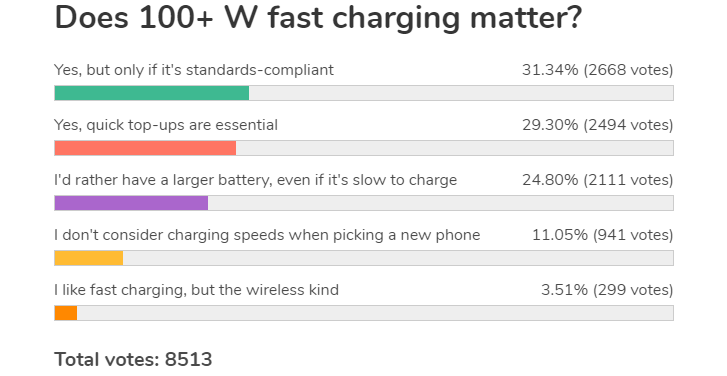 Smartphone makers may want to add charging controls on their phones, similar to what Asus did with the ROG Phone 3 – it comes with a 30W charger, but you can limit it to 10W and cap the maximum charge at 80% or 90%. This way you can spare your battery but you always have the option for a rapid top-up when you really need it.