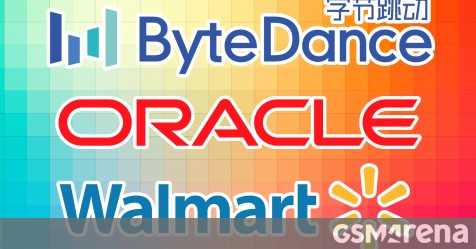 WeChat and TikTok avoided the ban by the US Commerce Department at the 11th hour – the ban was supposed to go into effect on Sunday, however US Magistrate Judge Laurel Beeler blocked it, saying it raises serious questions about the first amendment (which guarantees freedom of speech).

WeChat was looking at a complete disruption of its US operations while TikTok was given a grace period as owner ByteDance keeps negotiating with US companies for a deal that would satisfy the national security concerns which are cited as the main reason for the ban.

Such a deal looked dead in the water on Friday, but it suddenly bounced back to life. President Trump has approved a deal that would see the creation of a new company, TikTok Global, which will be a collaboration between current owner ByteDance and two US companies – Oracle (which would have a 12.5% stake) and Walmart (7.5% stake). This would leave the Chinese company with 80% of the shares.

Four of the five board members of the new company will be Americans. Oracle will provide secure cloud services while Walmart will handle things like advertising, payments and fulfillment. Microsoft will not be involved.

According to Walmart’s press release, TikTok Global will go public with an IPO “in less than 12 months”. It will be listed on the a US stock exchange, this will lead to a growing US ownership. The company will be headquartered in the US and will create some 25,000 jobs.

ByteDance stated that it will not transfer its technology and algorithm to Oracle. However, Oracle will be allowed to inspect the source code to ensure there’s nothing shady behind the scenes.

Some details are still unclear, however. President Trump said on Saturday the companies involved in TikTok Global have agreed to donate $5 billion towards an education fund that will teach “the real history of our country”. However, ByteDance was not aware of such an education fund being part of the deal. Interestingly, TikTok Global will be in charge of the money and will be the one deciding how it is invested.