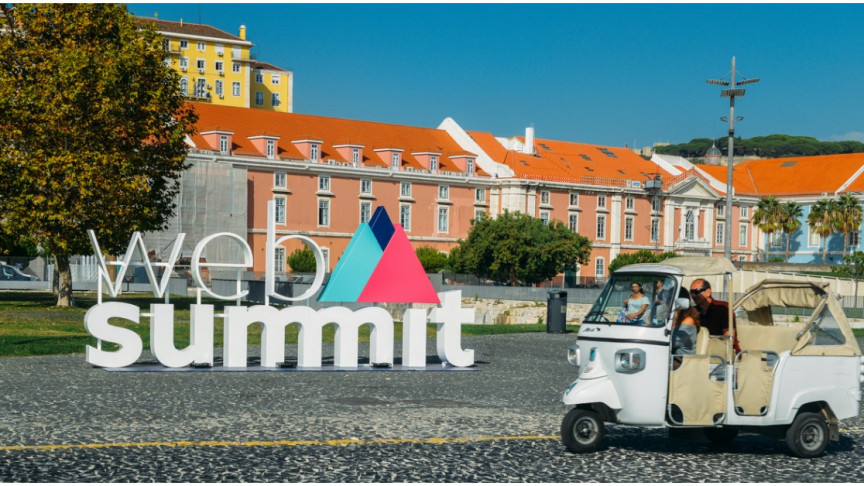 Web Summit 2020 (Live from Lisbon, Portugal) is streamed on December 2 to 4 as a virtual event, just like every other event this year. Web Summit, the largest technology conference in the world, runs daily for eight hours (12 to 8pm GMT) as a marathon that showcases technology, innovation, and welcomes startups that are changing the world.

The virtual Web Summit this year is packed with online excitement, virtual coffees and snacks, in addition to comfortable virtual networking in the dedicated event applications. The event welcomes 104,328 attendees from 168 countries. Among the audience are 1,137 speakers, 2,229 journalists (including yours truly), 1,145 investors, 2,007 startups, and 169 partners.

So, c will be interviewed by the Guardian’s music editor, Ben Beaumont-Thomas, about the future of live gigs, social media addiction, the dependence on technology for survival, and ways in which technology can advance creativity. The interview will take place on Friday, December 4.

On Day One, the President of the European Commission, Ursula von der Leyen, discussed how the global Covid-19 pandemic has served as a catalyst for innovation, with a special focus on how innovation in Europe has been affected.

“Europe is attracting more capital for startups at seed stage than any other region in the world,” von der Leyen said. “In the last five years, the value of European tech companies has quadrupled.”

To bring European startups back to Europe, the European Commission will invest in a recovery plan called Next Generation EU, which is worth 750 billion euros, with 20 percent going toward digital investment.

The Commission will be “rewriting the rule book for our digital market,” von der Leyen said, so that “what is illegal offline will be illegal online, from selling unsafe products to spreading hate speech.”

The CEO and President of PayPal, Dan Schulman, during his first interview since PayPal’s decision to incorporate cryptocurrency, discussed how “crypto will become an everyday payments tool.”

Schulman also discussed the fact that the global pandemic has dramatically accelerated a number of trends, including consumers abandoning the use of cash, a trend that Sweden and other Nordic nations have adopted several years ago.

On Wednesday, Sir Ridley Scott launched the trailer for GeSI’s Digital with Purpose campaign, a movement aimed at encouraging the global tech community to face up to the crisis of climate change.

Facebook CTO, Mike Schroepfer, discussed the company’s efforts against hate speech, and how their Artificial Intelligence (AI) systems are aiding them in this process. He said that, in just a year – from the second quarter of 2019 to the second quarter of this year – “the amount of hate speech that Facebook’s AI systems have identified and removed has increased five-fold.” Be nice, people!

Rappler CEO, Maria Ressa, talked about how social media companies need to drastically overhaul their business models and take responsibility for their impact on society, something that concerns everyone.

Highlights from Day One include announcements from partners and speakers:

Several startups made announcements on Day One, including the following:

Come back and check all about Web Summit Days Two and Three.