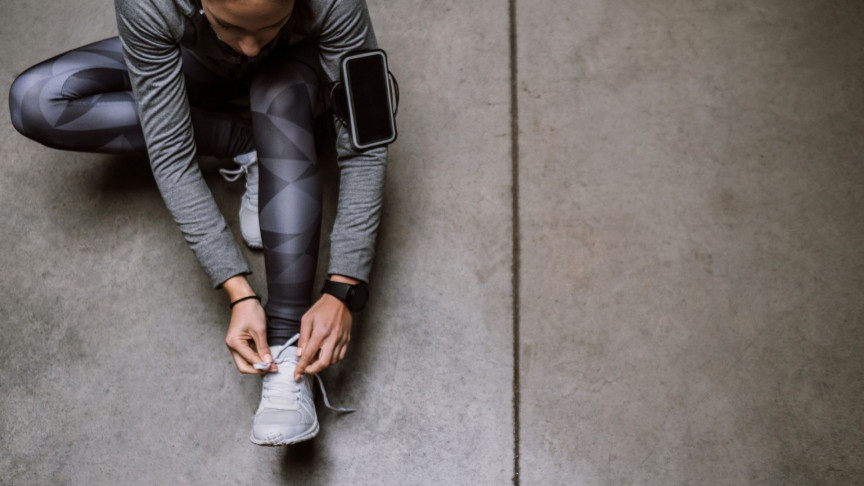 Wearable electronic devices might soon be powered by human sweat, a research team from Tokyo University of Science (TUS) stated in a press release.

Though electronics and biosensors are great tools for health monitoring, relatively short battery times mean that it’s difficult to keep them attached to our bodies for long without having to remove them for a recharge.

Now, a team of scientists from Japan says it successfully developed and tested a wearable biofuel cell array that generates electricity from the lactate in human sweat. Their results are published in the Journal of Power Sources.

Wearable biosensors have the potential to revolutionize healthcare by providing doctors with patient data in real-time, allowing them to keep track of important health metrics and enhance patient care.

The tiny devices are generally worn directly on the skin in order to measure specific biosignals that indicate user health.

Though scientists have developed a plethora of flexible materials for electrodes and flexible circuits used for wearable devices, developing innovative methods for powering the machines remains a challenge.

As button batteries typically used in wristwatches are too thick for the smallest devices, researchers have been grappling with a new way to keep wearable biosensors powered.

The team from TUS poses a tantalizing, and slightly icky, question: What if human sweat could make us the power sources?

Led by Associate Professor Isao Shitanda from Tokyo University of Science, Japan, the team presented a novel biofuel cell array design that uses lactate, a chemical in sweat, to generate just enough electricity to power a biosensor as well as wireless communication devices for a short period of time.

The biofuel cell array looks somewhat like a bandage and can be easily worn on the arm or forearm. It is made out of a water-repellent paper substrate on which biofuel cells are laid out in parallel. Each of these cells contains enzymes in the electrodes that produce an electric current when reacting with lactate.

Paper layers are used to collect the wearer’s sweat and transport it to the cells via the capillary effect — the same effect that sees water travel quickly through the paper when it comes in contact with a wet surface.

“In our experiments, our paper-based biofuel cells could generate a voltage of 3.66 V and an output power of 4.3 mW. To the best of our knowledge, this power is significantly higher than that of previously reported lactate biofuel cells,” Dr. Shitanda explained.

This actually isn’t the first lactate-based biofuel cell — researchers from Binghamton University Electrical and Computer Engineering school developed a prototype for a stretching battery that converts human sweat into electricity in 2017.

However, the researchers say their new model stands out compared to previous lactate-based biofuel cells as their porous carbon ink design can be fabricated via screen printing, meaning it may well be viable for mass production.

Alongside new developments such as MIT CSAIL’s smart clothing that tracks wearer movement and smart underwear from the textile company, Myant, we may be on course for a future where our bodies signals are constantly tracked and powered via bodily fluids.