We May Have Found Roman Concrete’s Secret Strengthening Ingredient 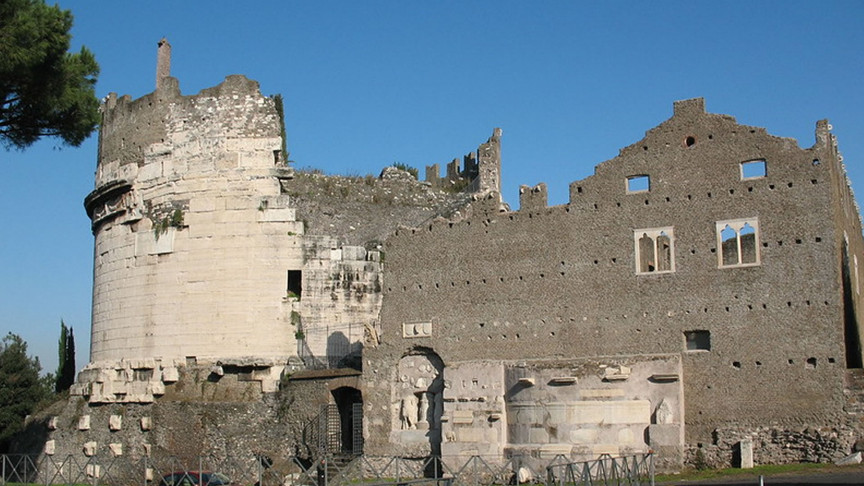 A new study from the Massachusetts Institute of Technology (MIT) about a 2,050-year-old Roman tomb has uncovered some interesting information about the nature of Roman-era concrete. Despite being a very ancient technology, the durability of this material has long stumped experts, until now.

By studying the concrete of some of the existing Roman concrete structures, the team has discovered some interesting findings that may explain why Roman concrete lasts so long. The study was recently published in the Journal of the American Ceramic Society.

In stark contrast, modern concrete tends to crack and crumble after only a few short decades through a process called spalling. But Roman concrete, invented before modern material science, seems to be able to last for centuries without the same problem. Oftentimes, many existing Roman concrete structures are in pretty good condition given their age — a feat that could not be replicated using modern concrete recipes.

The study focussed on the remarkably well-preserved tomb of a Roman noblewoman, The Tomb of Cecilia Metella and Castrum Caetani ruins in Rome. After analyzing the concrete used in minute detail, it appears the secret may well be the use of volcanic aggregate and the interesting way the concrete has reacted to rain and groundwater over the ages.

“Understanding the formation and processes of ancient materials can inform researchers of new ways to create durable, sustainable building materials for the future,” says Admir Masic, associate professor of civil and environmental engineering at MIT. “The tomb of Caecilia Metella is one of the oldest structures still standing, offering insights that can inspire modern construction.”

The tomb is interesting is an of itself and is located on the Appian Way in Rome. A landmark on the Via Appia Antica, the tomb is a rotunda-shaped tower that sits on a square base, in total about 70 feet (21 meters) tall and 100 feet (29 meters) in diameter.

It is thought to have been built around 30 BCE, just around the time when the Roman Republic was transformed into an empire by Emperor Augustus. The size and quality of the tomb indicate that its eternal occupant, Caecilia, must have been a very important person.

And that she was. A member of an aristocratic family herself, she married into the family of Marcus Crassus, who formed a famous alliance with Julius Caesar and Pompey.

“The construction of this very innovative and robust monument and landmark on the Via Appia Antica indicates that she was held in high respect,” says arie Jackson, research associate professor of geology and geophysics at the University of Utah and co-author of the study, “The concrete fabric 2,050 years later reflects a strong and resilient presence.”

The tomb was built using a very sophisticated method of construction (for the period), and a technique described by the famous Roman architect Vitruvius.

Thick walls of coarse brick or volcanic rock aggregate were laid, each bound with mortar made with lime and volcanic tephra (porous fragments of glass and crystals from explosive eruptions). This would result in structures that “over a long passage of time do not fall into ruins”, Vitruvius tells us.

Given the number of well-preserved Roman concrete structures today, it seems he was bang on the money.

What is the secret behind the longevity of Roman concrete?

The study found that the secret to the long-lasted properties of Roman concrete might be a mineral called leucite. The mineral is rich in potassium which, over time, dissolves and effectively remodels and reorganizes the interface between volcanic aggregates and cementitious binding matrix. This improves the cohesion of the concrete, making it stronger over time.

“Focusing on designing modern concretes with constantly reinforcing interfacial zones might provide us with yet another strategy to improve the durability of modern construction materials,” explains Masic.

“Doing this through the integration of time-proven ‘Roman wisdom’ provides a sustainable strategy that could improve the longevity of our modern solutions by orders of magnitude”, he added.

Another study member, Linda Seymour, investigated the microstructure of the concrete with scientific tools. “Each of the tools that we used added a clue to the processes in the mortar,” Seymour explained.

Scanning electron microscopy (SEM) and energy dispersive X-ray spectrometry being among the most inciteful. The former is able to show the microstructures of the mortar at the micron scale. The latter allows researchers to determine the elemental composition.

“This information allows us to explore different areas in the mortar quickly, and we could pick out building blocks related to our questions,” Seymour says. The trick, she adds, is to precisely hit the same building block target with each instrument when that target is only about the width of a hair.

The close study of the concrete walls of the tomb shows that the mortar contains volcanic tephra binds large chunks of brick and lava aggregate. Similar to the mortar used in the Markets of Trajan built 120 years later, this “glue” consists of a building block called the C-A-S-H binding phase (calcium-aluminum-silicate-hydrate), along with crystals of a mineral called strätlingite.

However, the tephra used for Caecilia’s tomb is much richer in leucite. Over the centuries as the tomb walls were exposed to rain and groundwater, the leucite dissolved, releasing more and more potassium into the mix. For modern concrete, this would be very problematic as an abundance of potassium would create expansive gels that would cause microcracking and eventual deterioration of the structure.

But, in the tomb walls, the potassium dissolved and reconfigured the C-A-S-H binding phase.

“The X-ray diffraction and Raman spectroscopy techniques allowed us to explore how the mortar had changed,” says Seymour.

“We saw C-A-S-H domains that were intact after 2,050 years and some that were splitting, wispy, or otherwise different in morphology. X-ray diffraction, in particular, allowed an analysis of the wispy domains down to their atomic structure. We see that the wispy domains are taking on this nano-crystalline nature,” she explains.

These remodeled domains “evidently create robust components of cohesion in the concrete,” says Jackson. In these structures, unlike in the Markets of Trajan, there’s little strätlingite formed.

“The interface between the aggregates and the mortar of any concrete is fundamental to the structure’s durability,” says Masic. “In modern concrete, the alkali-silica reactions that form expansive gels may compromise the interfaces of even the most hardened concrete.”

You can read the original research paper in the Journal of the American Ceramic Society.