We Finally Have a Viable Way to Turn Plastics into Fuel 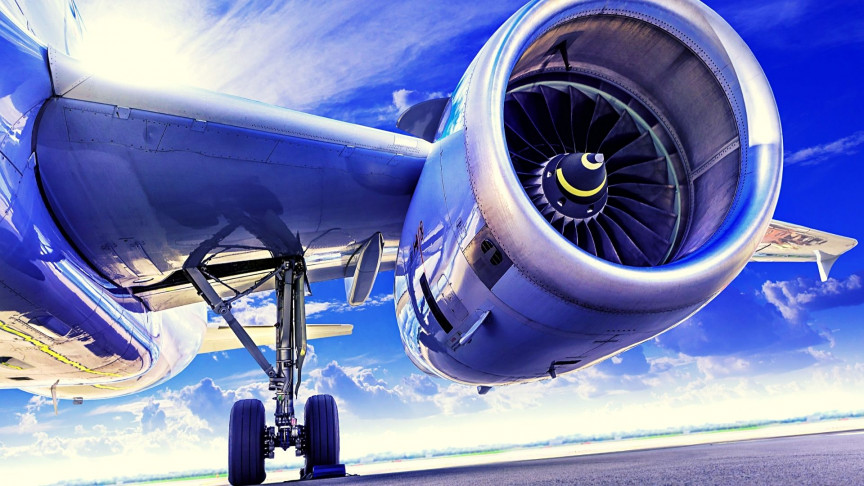 We may have a new way of dealing with the growing problem of single-use plastics, which represent a colossal environmental threat, leaving 10 million tons of plastic waste in the oceans every year. The new method involves selectively recycling polyolefins, converting them into liquid fuels like diesel, jet, and gasoline-range hydrocarbons, according to a recent study published in the journal Science Advances.

When combined with other recent advances in waste management and plastic conversion processes, this could be the beginning of a major shift in the way we view plastic waste.

Plastics are ‘an indispensable part of modern life’

Specifically, the yield for these converted hydrocarbons could reach 85% over Pt/WO3/ZrO2 and HY in hydrogen at low temperatures of 225°C. This novel process employs tandem catalysis, resulting in initial activation of the polymer over Pt, and further cracking over the acid sites of WO2/ZrO2 and HY zeolite, in addition to isomerization over WO3/ZrO2 sites, and olefin intermediate hydrogenation over Pt. The science is complex, but the facts are breathtaking.

This incredible process can be adapted to convert varying forms of plastic wastes, including high- and low-density polyethylene, polystyrene, polypropylene, and conventional polyethylene bottles and bags. It can even convert composite plastics to desirable fuels and light lubricants, according to the study. If scalable to global levels, this could serve as an indispensable means of waste management, with vast potential implications for the outlook of global climate change. “Plastics are an indispensable part of modern life,” wrote the study authors. “Global plastic production reached 314 million tons in 2014 and is projected to increase to over 1,200 million tons by 2050.”

“This growth is alarming when considering the current plastic waste management,” in the United States, wherein more than 75% of plastics end up in landfills, with nearly 16% incinerated, and less than 9% recycled, explained the study authors among whom are Sibao Liu of the University of Delaware’s (UD’s) Catalysis Center for Energy Innovation, Pavel A Kots of the UD’s Center for Plastics Innovation, Andrew Danielson of UD’s Department of Chemical and Biomolecular Engineering, and Dionisios G. Vlachos, of the Key Laboratory for Green Chemical Technology of Ministry of Education, in Tianjin University’s School of Chemical Engineering, China.

“Unrecycled plastics generate large economic loss and emissions and harm the environment,” wrote the authors. Present-day attempts to repurpose recycled plastics like mechanical processing call for vast amounts of “virgin” material, “and lead to lower-value products.” We can assume that by “virgin”, the team means unrecycled material, defeating the climate-friendly appeal of plastic fuel conversions. The most robust and versatile means of combatting plastic waste is chemical conversion, which makes this waste management breakthrough highly promising.

Developments in the area of recycling and waste management are experiencing a major boom. Just yesterday, researchers from Washington State University (WSU) revealed a new technology capable of converting plastic waste into jet fuel in one hour, full stop. Cost-effectiveness for upcycling waste plastics is crucial because it can help find ecologically benign ways of powering aircraft, which are responsible for an outsized ratio of climate-altering carbon emissions.

The WSU study saw 90% of plastic converted to jet fuel, in addition to other useful hydrocarbon products in moderate temperatures, in 60 minutes. This and the earlier study are significant because 10 million tons of plastic waste pours into the sea every year, some of which builds into the great (“great”) Pacific Garbage Patch, which is obviously a horrible feature of a human-dominated world. But if we can recycle plastics at the source (the trash bin), maybe we can do better.