We Can Simulate Instant-Death Core – Of Alien Planets? 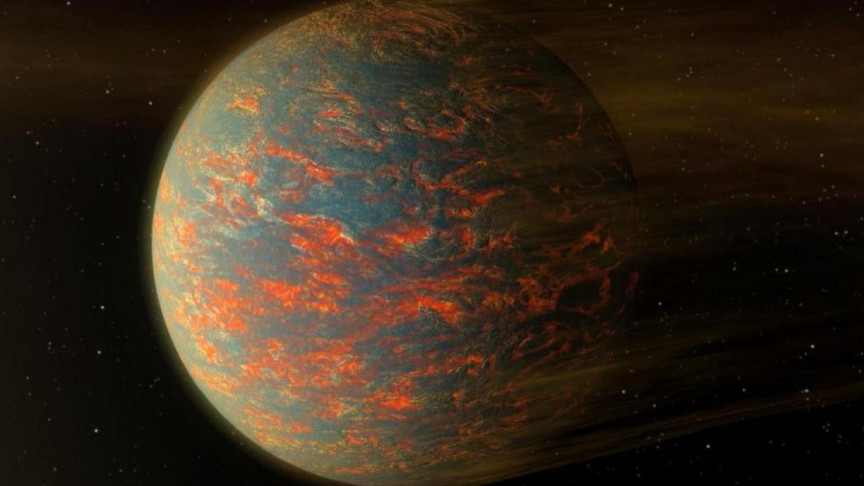 An international team of researchers successfully measured carbon at extremely high pressures — reaching 2,000 GPa, five times the instant-death pressure of Earth’s core — nearly twice the pressure anyone had ever probed carbon’s crystal structure, according to a recent study published in the journal Nature.

We can simulate the instant-death environment of alien planets

Carbon is the fourth-most prevalent element in the universe, and functions as a crucial building block for all known life-forms — but it also composes the interior of carbon-rich exoplanets.

It took decades for scientists to learn how the crystal structure of carbon affects the properties of the material. The most common structures of carbon are diamond and graphite, but scientists predicted additional carbon structures — waiting to be discovered at unfriendly pressures above 1,000 gigapascals (GPa).

Scientists observe carbon at higher pressures than ever before

Such pressures — which are roughly 2.5 times that of the Earth’s instant-death core — are a critical clue on the path to improving our scientific grasp of exoplanet cores, or the cores of planets beyond our solar system. But these conditions have remained difficult to recreate in laboratories — placing the study of matter structures at extremely high pressures beyond the scope of empirical science.

However, this is no longer the case.

“This is the highest pressure any atomic structure has been measured, placing key constraints on the equation of state, material strength, melting, and chemical bonding of carbon,” said Gilbert (Rip) Collins, the Tracy Hyde Harris Professor of mechanical engineering — who is also associate director of science, technology, and academics at the University of Rochester’s Laboratory for Laser Energetics (LLE).

“In our studies of the many recently discovered and yet-to-be-discovered massive, carbon-rich planets, we will have to consider the diamond structure of carbon at pressures well beyond its predicted stability range.”

The international effort went forward under the leadership of scientists from Lawrence Livermore National Laboratory (LLNL), along with others from the University of Oxford. Together, they compressed solid carbon to 2,000 GPa with ramp-shaped laser pulses. While under this immense pressure, the research team measured the crystal structure with an X-ray diffraction platform.

This two-pronged process captured nanosecond-long snapshots of the atom lattice, enabling the researchers to discover how solid carbon retains its diamond structure at far greater pressures than scientists thought it could.

These latest findings show the molecular bonds of diamonds continue under immense pressure — which creates large energy barriers, insulating the material’s ability to switch to other potential structures.

“The diamond phase of carbon appears to be the most stubborn structure ever explored,” said Assistant Professor of physics and mechanical engineering Ryan Rygg, who is also a senior scientist at LLE. “This could have implications for carbon in the deep interiors of planets, where the precipitation of diamond is expected.”

“Now we anticipate the diamond structure of carbon will persist over a much greater range of planetary conditions than we previously thought.”

It could be centuries before the human race can travel to other solar systems and explore exoplanets in person — and gain the opportunity to learn how the formation of planets generally is connected to the rise of life as we know it. But the ability to recreate the most extreme conditions of alien worlds in Earth-bound laboratories is a crucial part of coming to know not only how life arose on Earth, but how it might come to exist elsewhere in the universe.