We Are Tremendously Close to a Viable Vaccine for HIV 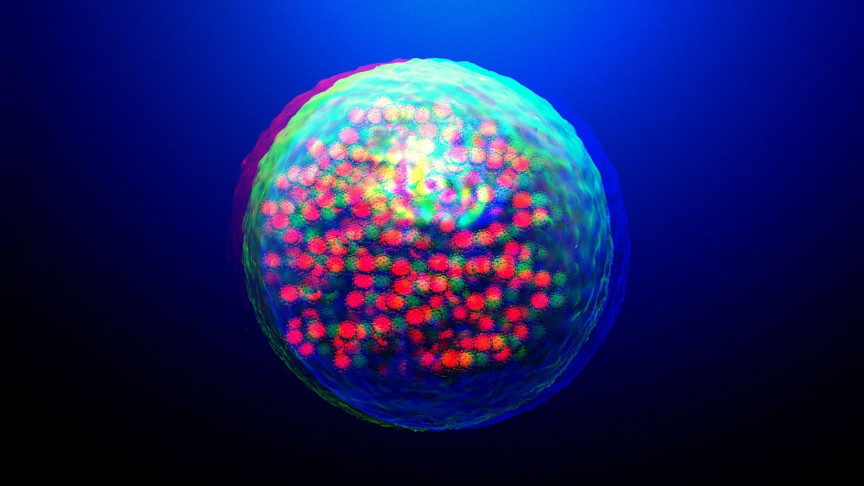 Months ago, a Phase I clinical trial for a novel vaccine capable of potentially preventing HIV showed extremely promising results. Specifically, the vaccine showed success in triggering a necessary response against HIV in 97% of participants, according to a recent study published in the journal The Lancet.

While this doesn’t yet mean we have a viable vaccine for HIV, it proves how tremendously close we’ve come to developing one with serious preventative powers. And, it could be thanks to new technology developed to fight the COVID-19 pandemic.

In February, the IAVI and Scripps Research shared the results of Phase I trials, announcing that their vaccine successfully stimulated the production of rare immune cells required to begin the process of generating crucial antibodies to fight the rapidly mutating virus. Incredibly, the immune response was detected in 97% of trial participants who received the vaccine.

“This study demonstrates proof of principle for a new vaccine concept for HIV, a concept that could be applied to other pathogens, as well,” said Professor William Schief, who is also an immunologist at Scripps Research and executive director of designing vaccines at IAVI’s Neutralizing Antibody Center (NAC). The lab at NAC played a critical role in developing the novel vaccine.

“With our many collaborators, on the study team, we showed that vaccines can be designed to stimulate rare immune cells with specific properties, and this targeted stimulation can be very efficient in humans,” said Schief, according to an IAVI blog post. “We believe this approach will be key to making an HIV vaccine and possibly important for making vaccines against other pathogens.”

The results were initially presented by Schief on the study team’s behalf during the International AIDS Society HIV Research for Prevention (HIVR4P) virtual conference, in February. The new study opens the door for further clinical trials capable of refining and extending the novel vaccine approach — with an ultimate goal of creating a safe and viable HIV vaccine, available to the public. Since then, Scripps Research and IAVI had planned to partner with the biotechnology company Moderna — producer of one of the COVID-19 vaccines currently circulating worldwide — to develop and test an mRNA-based vaccine to trigger the same response in immune cells.

In employing mRNA technology, the drive to develop an HIV vaccine could accelerate to unprecedented speeds.

The HIV vaccine candidate was initially tested on rabbits

This comes on the heels of an earlier development from Scripps Research and IAVI — where the two showed how the antibodies capable of neutralizing several HIV strains can be activated, according to a November study published in the journal Immunity.

Called “bnAbs,” the generally neutralizing antibodies from the initial study bound to critical sites of the virus — a necessary feature in light of HIV’s unusually high and frequent mutation rate. The research team tested their vaccine on 12 HIV-positive rabbits, and then compared their results with a different, control group that received only one glycan-shielded version of Eng — which creates barriers for antibodies.

The team then discovered that their vaccine displayed a substantial advantage over the glycan-shielded one — eliciting the generation of antibodies in five of the 12 HIV-positive rabbits.

And even earlier in 2020, MIT researchers brought the world one step closer to developing a viable HIV vaccine — but one also capable of fighting several other diseases. By folding DNA into virus-like structures, the ivy-league team successfully provoked a strong response from a human immune system — using cells grown in a lab. The team’s discovery was published in the journal Nature Nanotechnology, and described how DNA particles rearranged to mimic viral structures were coated with HIV proteins.

They used an “origami pattern” to elicit a strong response from the lab-grown human immune cells, and then immediately set to work on finding ways to expand research, seeking potential applications to the COVID-19 coronavirus, in addition to other illnesses.

An HIV vaccine could improve the lives of everyone

HIV currently affects more than 38 million people worldwide, and is regarded as one of the most difficult viruses to target via vaccine — mainly because it continually evolves into varying strains, evading even the most fortified immune systems in humans.

“These exciting findings emerge from remarkably creative, innovative science and are a testament to the research team’s talent, dedication and collaborative spirit, and the generosity of the trial participants,” said CEO and President of IAVI Mark Feinberg about the recent study, in a Scripps press release. “Given the urgent need for an HIV vaccine to rein in the global epidemic, we think these results will have broad implications for HIV vaccine researchers as they decide which scientific directions to pursue.”

Feinberg also emphasized the historic collaborative effort between institutions and individuals, in executing an “exceptionally complex clinical trial” that “will be tremendously enabling to accelerate future HIV vaccine research.” On a broader societal note, entire emerging visual art movements are suspected to have gone extinct because of the effect of HIV during the 1980s and early 90s in the fine arts industry. But as we have long known, the virus can affect anyone, which means the new results of a viable, 97% effective vaccine for HIV could fundamentally enhance the lives of every human on Earth.