We Are ‘One Step Closer’ to Engineering Warp Drive 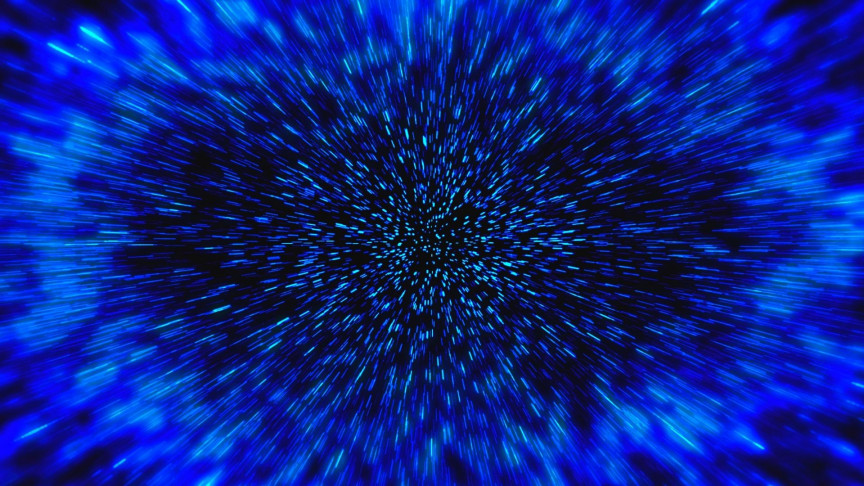 If we’re going to travel to distant stars in a single lifetime, we’ll need faster-than-light propulsion. For decades, research into superluminal travel called for massive amounts of hypothetical particles and types of matter with “exotic” physical properties — like negative energy density — which either couldn’t be found, or are simply beyond our technological capabilities.

However, novel research found a way around this issue by building a conceiving of a new type of hyper-fast “solitons” relying on sources with only net-positive energies — capable of traveling at any speed — according to a recent study published in the journal Classical and Quantum Gravity.

This raises the debate about how to design an engine capable of supporting faster-than-light (superluminal) travel from science fiction to a plausible field of theoretical investigation.

A soliton — which let’s say is a “warp bubble” for easier reference — is a compact wave capable of retaining its shape as it moves at a constant velocity. Author of the paper Erik Lentz analyzed existing research and found and modified Einstein’s classic equations for new configurations for space-time curvature — which is where space-time geometry is “warped” so its vector components align with a hyperbolic relation.

Lentz’s solution discovered altered space-time geometries capable of working with conventional energy sources. In short, this new method employs the structure of space and time organized in a warp bubble to achieve a unique solution for superluminal travel.

Most crucially, Lentz’s equations only need positive energy densities — and don’t call for exotic negative ones.

If we could generate enough energy, the equations from Lentz’s research could allow travel to the nearest star outside of our solar system — Proxima Centauri — and back within a single human lifespan. Comparatively, conventional rocket technology would take more than 50,000 years to make the one-way journey.

Lintz reshaped warp bubbles to show a contain a volume with minimal tidal forces — so the passage of time inside and outside the soliton match. This means a hypothetical spaceship could travel great distances without leaving friends and relatives millennia behind due to the so-called “twin paradox.”

The twins paradox involves one twin traveling at near the speed of light with another on Earth. As the former approaches light-speed, she’ll age more slowly than the one still on Earth. Not so, according to Lintz’s new equations — both twins might be a galaxy apart, and still be the same age when reunited.

“This work has moved the problem of faster-than-light travel one step away from theoretical research in fundamental physics and closer to engineering,” said Lentz, according to a Phys.org report. “The next step is to figure out how to bring down the astronomical amount of energy needed to within the range of today’s technologies, such as a large modern nuclear fission power plant. Then we can talk about building the first prototypes.”

Modifying the space-time warp bubble could bring down energy costs

However, the amount of energy needed to power this kind of space-based propulsion is overwhelming. “The energy required for this drive traveling at light-speed encompassing a spacecraft of 100 meters in radius is on the order of hundreds of times of the mass of the planet Jupiter,” explained Lentz in the Phys.org report. “The energy savings would need to be drastic, of approximately 30 orders of magnitude to be in range of modern nuclear fission reactors.”

“Fortunately, several energy-saving mechanisms have been proposed in earlier research that can potentially lower the energy required by nearly 60 orders of magnitude,” added Lentz in the report. Right now, Lentz is still investigating whether the viability of modifying these methods — or if entirely new mechanisms are required to bring energy levels down to something more feasible to present-day engineering capabilities.

An earlier study also published in Classical and Quantum Gravity suggested that flatter warp bubble shapes require less energy — like a penny flying face-first, instead of edge-on, like a frisbee. But with this new research coming so close on-the-heels of the last one, we may soon live in a world where engineers can begin to work on prototype designs of a faster-than-light warp drive.