Water Bears and Squid Will Hitch a Ride to the ISS 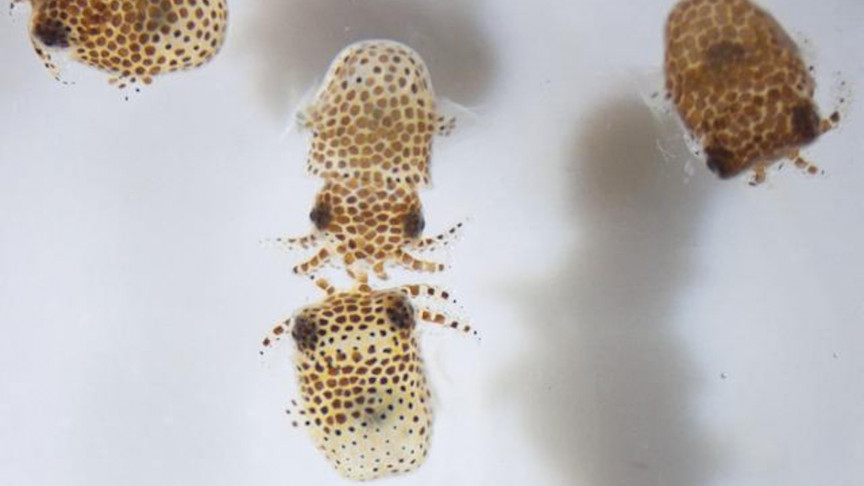 If you thought astronauts were the only beings to enjoy a ride to space, then think again. SpaceX and NASA’s upcoming 22nd commercial resupply mission will launch live water bears and glow-in-the-dark bobtail squid to the International Space Station (ISS). And no, they’re not joining the crew just for a joyride.

Interestingly, this isn’t the first time that water bears are shot up to space. Officially known as tardigrades, thousands of these hardy little plump organisms accidentally crashed landed onto the Moon earlier this month. They can practically withstand any condition, but the lunar surface proved to be just a little too much.

This time there will hopefully be no accidents as they settle into their new home on the ISS to help out with the Cell Science-04 research. Astronauts will try and identify the genes involved in the water bears’ adaptation and survival in extreme environments like space.

Their findings may help advance our understanding of the stress factors humans go through in space, and help the development of countermeasures.

Principal investigator Thomas Boothby said “One of the things we are really keen to do is understand how tardigrades are surviving and reproducing in these environments and whether we can learn anything about the tricks that they are using and adapt them to safeguard astronauts.”

Bobtail squid, or Euprymna scolopes, will be flying upwards alongside water bears on the upcoming resupply mission as part of the UMAMI research. These little glow-in-the-dark numbers will be used to examine the effects of spaceflight on the molecular and chemical interactions between microbes and their animal hosts, explains NASA.

Hopefully, the research will help find and create protective measures and mitigation to preserve astronauts’ health during long-duration space flights.

“Animals, including humans, rely on our microbes to maintain a healthy digestive and immune system,” said UMAMI principal investigator Jamie Foster. “We do not fully understand how spaceflight alters these beneficial interactions. The UMAMI experiment uses a glow-in-the-dark bobtail squid to address these important issues in animal health.”

A number of other exciting scientific research and equipment will be heading up to the ISS during the planned June 3 launch. These will include the Butterfly IQ Ultrasound (an on-the-spot ultrasound), the Pilote that aims to test the effectiveness of the remote operation of robotic arms and space vehicles using virtual reality, producing tougher cotton, and protecting kidneys in space and on Earth, among others.