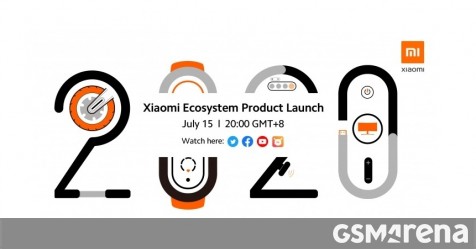 Today Xiaomi is having a massive product launch where we expect to see all kinds of devices. The event is likely to be the first place for the new Mi electric scooter to see the light of day, and the Mi Band 5 should arrive as Mi Smart Band 5. There is also at least one phone scheduled – the Redmi 9 – as well as a new TV.

The Xiaomi Mi Smart Band 5 was initially launched in two variants – with and without NFC, and according to one Portuguese website, the overseas market will get only the latter version.

We expect something similar to happen to the Redmi 9 – we’ve already seen one version appear in China and Spain with NFC, but other markets are likely not getting the chip. Given this launch isn’t market dependant, Xiaomi will probably reveal to the rest of the countries that the phone will be available to their respective Mi stores very soon.

With COVID-19 and all events taking place on YouTube, we’ll be watching the stream from the comfort of our recline chairs. If you happen to miss the unveilings, stay around – we will publish everything interesting from the Product Launch once it is over.