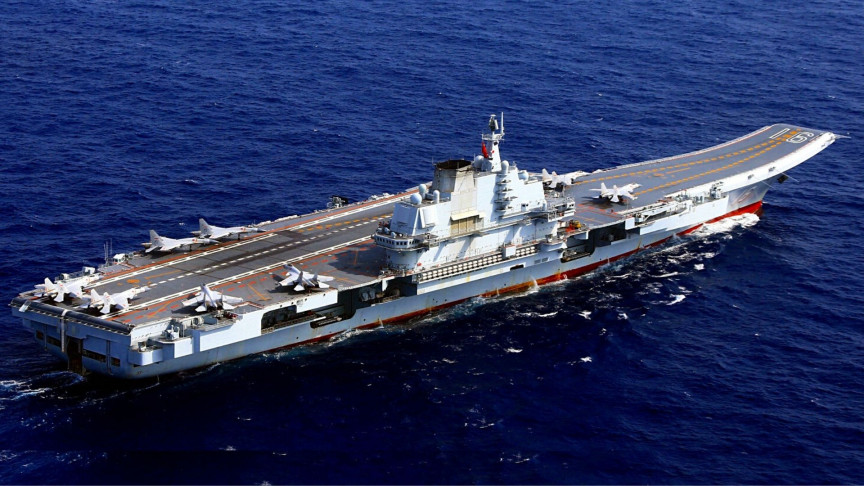 China’s Liaoning aircraft carrier carried out operational drills in the South China Sea, and it appears it recovered a J-15 strike fighter, as said Newsweek in a report.

The footage, which circulated on social media sites like Twitter over the weekend, may be the very first video showing the recovery on the Chinese aircraft carrier that was not taken by Chinese state media, mused Popular Mechanics.

There are contrasting reports about who snapped the footage. Some sources claim it might have been taken by someone aboard a U.S. Navy destroyer that was stalking the Chinese ship, while others say it was taken by a local fisherman. It’s also unclear exactly when the footage was taken.

Next to the Liaoning are two other warships, which Popular Mechanics believes are a Type 005 warship, and a Type 052 guided-missile destroyer.

Regardless, it’s fascinating to watch the short clip of a strike fighter landing on the Liaoning.

China is ramping up its aircraft carrier fleet, and plans on deploying its third one by 2025. As per Naval News, the third aircraft carrier will be a Type 003, the largest of the three so far — similar in size to the U.S. Navy’s super carriers. It’s currently being put together in Shanghai.

It’s other two aircraft carriers are the Type 002 Shandong carrier, and the aforementioned Type 001 Liaoning carrier.

The Liaoning is China’s first aircraft carrier, and was originally developed as an Admiral Kuznetsov Class multirole aircraft carrier, called Varyag, for the Soviet Union. As Naval Technology explains, after it was bought by a Macau-based Chinese company in 1998 it then entered service in China’s People’s Liberation Army Navy (PLA) in 2012.