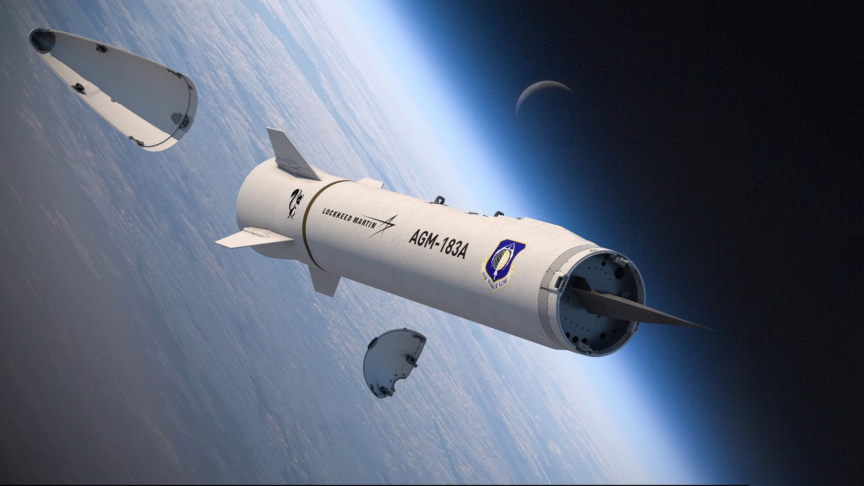 The 780th Test Squadron at the Elgin Air Force Base in Florida recently tested the warhead for the Air-Launched Rapid Response Weapon (ARRW). The high explosive blast fragmentation warhead will sit atop the AGM-183A missile, being developed by Lockheed Martin for the US Air Force.

The AGM-183A is a hypersonic missile capable of achieving speeds of Mach 7 and beyond. By virtue of its speed, the missile can be deployed as a kinetic weapon that slams into this target at high speeds and destroys it. To do so, the missiles are developed with two components, a rocket booster, and a boost-glide vehicle, which is unpowered.

The rocket booster carries the glide vehicle to its desired altitude and initial speed. It then separates from the vehicle allowing it to follow an atmospheric trajectory and glide towards its target at increasing speeds even beyond Mach 7. Even at its high speeds, the vehicle can be maneuvered and is capable of making erratic moves that make it unpredictable and difficult to track and intercept.

To increase the impact of these hypersonic missiles and allow them the ability to hit multiple targets, an explosive blast fragmentation warhead, that was recently tested,  is used. Conventionally, barriers are set up in a circular array within which the warhead is detonated. Data about the force of the blast and the distribution area of the shrapnel is collected.

The unique nature of this new warhead meant that the Air Force had to deploy new testing methods, tools, and technology to collect this data. “Some of the firsts were the new and unorthodox design and construction of the test arena, the test procedures and equipment, the warhead’s fragmentation data collecting and the post-test data processing to ensure the warhead’s effects have been accurately characterized” David Spiker, a member of the Test Squadron, said in the released statement.