Wander Through the Largest, Most Detailed Maps of Our Universe Ever Created 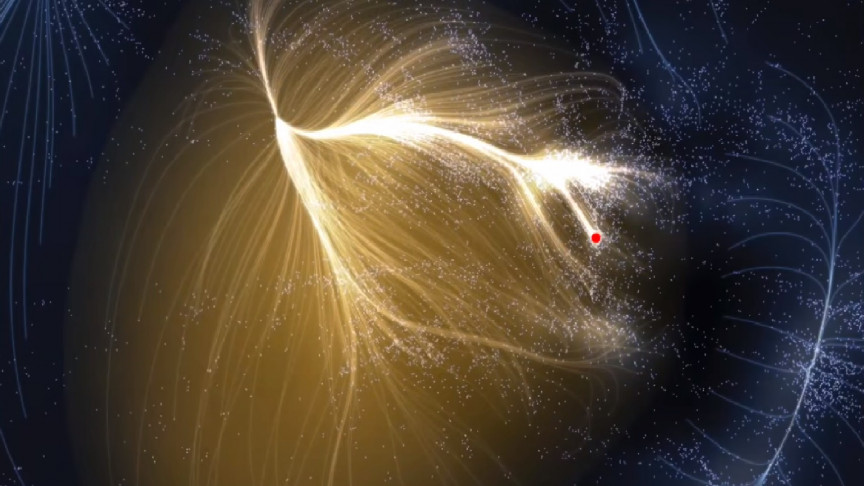 Earth was long thought to be at the center of our solar system, which is why ancient astronomers first developed the geocentric model of the universe. Everything, they believed, revolved around our pale blue dot.

Of course, we now know that Earth is truly not at the universe’s epicenter. In fact, the universe doesn’t technically have a center, as it is expanding. By some accounts, space itself is expanding faster than the speed of light. Because of this relativistic dimension to the expansion of space, it is possible to observe, by some accounts, over 15 billion light-years in any direction from Earth (even though the universe is thought to be around 13.8 billion years old). However, one day, stars and galaxies on the very edge of the observable universe will become redshifted beyond our ability to observe them, eliminating the opportunity to understand the conditions that existed shortly after the universe came into being.

Of course, we have a long time before that happens. Until then, astronomers have come up with two of the most detailed maps of our universe to date. Take a tour through the trenches of the universe in a video released in 2018, spanning 500 million light-years, and showing more than 100,000 galaxies.

It was once unknown whether or not the Milky Way galaxy was on its own or part of a  supercluster –a region of space cram-packed with smaller galaxies that become part of a larger galaxy complex. Created by the University of Hawaii, the research behind these maps not only confirmed that our galaxy is indeed part of a larger supercluster, which they’ve called Laniakea (Hawaiian for “immeasurable heaven”), but they were better able to understand how nearby galaxies interact with ours.

In order to create these maps, the team looked at the velocity of more than 8,000 nearby galaxies, taking into account the average rate of cosmic expansion. According to Brent Tully, an astronomer at the University of Hawaii in Honolulu (and the team leader), “All these deviations are due to the gravitational pull galaxies feel around them, which comes from mass. We really can’t claim to have a good understanding of cosmology if we cannot explain this motion.”

The researchers studied how quickly the observable star systems move in relation to Earth, and mapped out which clusters of stars belong in certain galaxies. They were also able to more clearly define the boundaries between galaxies.

Then, instead of charting the physical location of galaxies, the team plotted each galaxy’s velocity into an algorithm that produced a three-dimensional field showing their density and flow. This gave the team data on how each galaxy influences other galaxies around them. In turn, this provided a clearer picture of previously uncharted portions of the universe. It also helped researchers detect the distribution and influence of dark matter in galaxies and the physical boundaries of galaxies in our purview.

The team essentially redefined what a supercluster is, and how the Milky Way relates to it all. The Milky Way is in an area called our local group. Andromeda is our local group’s largest galaxy, followed by the Milky Way in second, and many smaller galaxies spanning a few million light-years in three dimensions. Similarly-sized local groups nearby include the M81 group, the Sculptor group, and the Maffei group.

Our local group is part of the Virgo Cluster, which contains more than a thousand galaxies of similar size and mass to the Milky Way, and cosmologists now believe the Virgo cluster is itself a part of the massive Laniakea supercluster, which also includes the Centaurus cluster, the Great Attractor, the Norma Cluster, and many others. This supercluster so large, it spans 520 million light-years and has a combined mass of 100 million billion Suns.

It takes a different approach to produce an accurate map of the broader observable universe. An international project known as the Sloan Digital Sky Survey (SDSS) seeks to map the entire universe and everything in it, whilst hopefully helping us understand dark matter and dark energy and their effects on the universe. So far, it, in collaboration with the Baryon Oscillation Spectroscopic Survey (eBOSS), has studied more than two million galaxies, spanning from our galaxy to those some 11 billion light-years away. Not only have they produced the best 3D map of the observable universe yet, but they’re in the process of uncovering some of cosmology’s greatest mysteries, including an event known as “the gap.”

Our understanding of how the expansion of the universe happened is thought to be pretty comprehensive in regards to the ancient universe and more recent periods, but there’s a gap in the middle 11 billion years. Thanks to the cosmic microwave background radiation (CMBR) – a relic from the early universe that is still detectable and measurable today – we can see far back in time, practically right after the big bang took place, an estimated 300,000 years after the universe was born.

Information released from the eBOSS team, which includes over 100 astrophysicists from all over the world, has released the most accurate representation of how the expansion of the universe began and evolved over the widest range of years yet.

The map shows the universe is chock full of voids and filaments. We are also able to see the distribution of galaxies and their patterns down to a one percent accuracy. According to the press release,

“This map represents the combined effort of more than 20 years of mapping the Universe using the Sloan Foundation telescope. The cosmic history that has been revealed in this map shows that about six billion years ago, the expansion of the Universe began to accelerate, and has continued to get faster and faster ever since. This accelerated expansion seems to be due to a mysterious invisible component of the Universe called “dark energy,” consistent with Einstein’s General Theory of Relativity but extremely difficult to reconcile with our current understanding of particle physics.”

“Combining observations from eBOSS with studies of the Universe in its infancy reveals cracks in this picture of the Universe. In particular, the eBOSS team’s measurement of the current rate of expansion of the Universe (the “Hubble Constant”) is about 10 percent lower than the value found from distances to nearby galaxies. The high precision of the eBOSS data means that it is highly unlikely that this mismatch is due to chance, and the rich variety of eBOSS data gives us multiple independent ways to draw the same conclusion.”

There is no generally accepted explanation for this discrepancy in the rate of expansion, but one exciting possibility is that a previously unknown form of matter or energy from the early universe might be responsible.

Ultimately, the team, who published more than 20 papers from all of this incredible data, used observations of both older (and farther away) redshifted galaxies, newer (closer) blueshifted ones, and quasars sprinkled across over 11 billion light-years of space and further, to compile everything. One way to think of quasars is as black holes on steroids. They’re among the brightest objects in space because they’re believed to be black holes that are swallowing stars, thus accreting large quantities of bright material.

The eBOSS 3D map of the universe

“By combining SDSS data with additional data from the Cosmic Microwave Background, supernovae, and other programs, we can simultaneously measure many fundamental properties of the Universe,” says Eva-Maria Mueller of the University of Oxford who led the analysis to interpret the results from the full SDSS sample, in the press release.

“The SDSS data cover such a large swath of cosmic time that they provide the biggest advances of any probe to measure the geometrical curvature of the Universe, finding it to be flat. They also allow measurements of the local expansion rate to better than one percent.”

Research like this may someday help us solve the mysteries of dark matter and dark energy, but the team makes no conclusions in their initial work. That just leaves us with more interesting discoveries for the future.