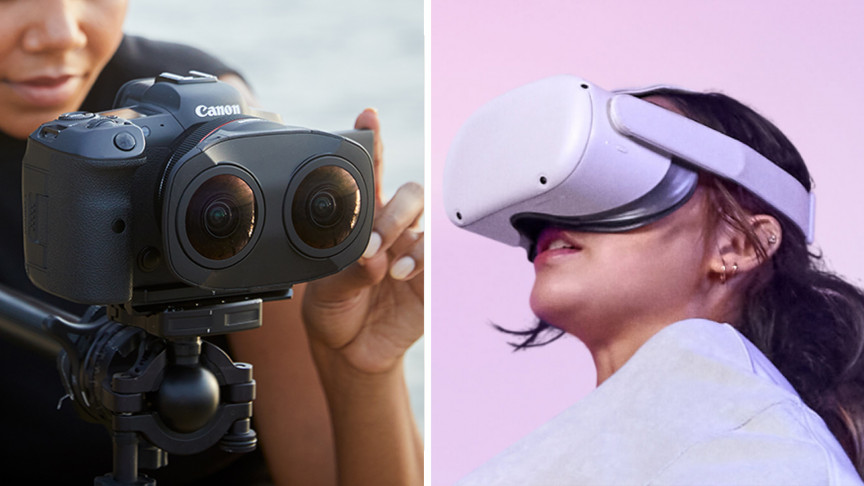 Could the end of silly, floating, legless avatars already be in sight?

Camera maker Canon says they’re close to making it happen. At a press conference at CES 2022, the company announced a new service — called “Kokomo” — that could revolutionize face-to-face video calls. Senior innovation designer Jonathan Lorenz introduced the platform, which is expected to hit the market later this year. He called Kokomo a “first-of-its-kind VR platform” that brings “lifelike video calling into virtual reality.”

Details are still sketchy, but here’s what the company has shared publicly. Each user will set up a Canon camera to capture a video feed of themself and use a smartphone (presumably running a Kokomo app) to process that data and send a feed to the person they’re talking to. Both users will wear a VR headset to see their conversational partner in 180-degree VR, allowing them to see each other’s facial expressions in real-time, according to the company. A separate technology will put users in a 3D environment rendered from digital photos. In other words, users in different spaces could have their conversation in a third location that’s, presumably, more scenic than where either person is physically located.

The ‘special sauce’ that makes it work is still in development

There’s only one problem: what good is photorealistic VR video calling if your partner’s eyes are obscured by a VR headset? Lorenz didn’t get into any detail, and the Canon representatives Interesting Engineering spoke to after the presentation were tight-lipped about that aspect of the software, which is still in development. Dr. Brad Denney, an engineering director at Canon who’s working on Kokomo, called headset removal the project’s “special sauce.”

What’s clear is that headset removal isn’t ready for anyone outside the company to see. Canon will be showing off a one-way version of the technology at its booth when the CES show floor opens tomorrow, but that display won’t include the key aspect of the new platform. Visitors will don a VR headset to have an “ImmersiveCall” with a Canon brand ambassador, who will not be wearing a headset.

The company has not announced how the platform will be sold or how much it will cost, but a representative emphasized that it will be marketed to consumers and “priced available for consumers to access.”