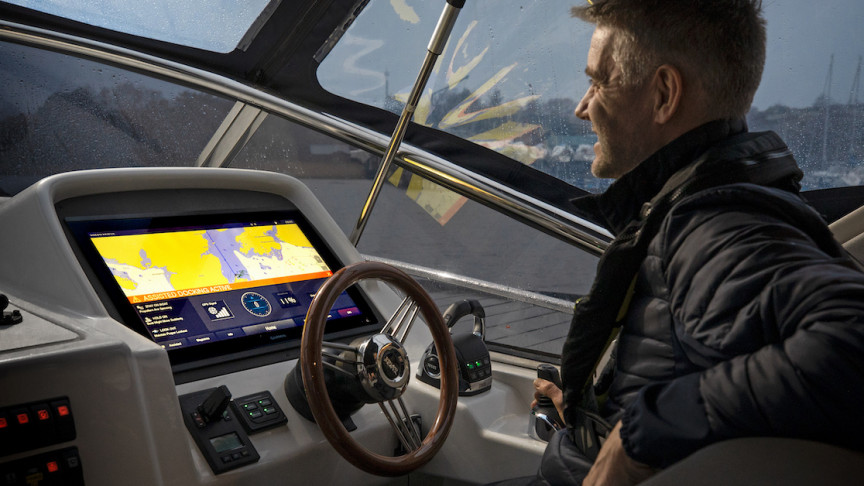 On display at Volvo Penta’s virtual booth at CES from 11-14 January 2021, the new technology automates the captain’s intentions, while “compensating for dynamic variables,” including wind and current, the company explains in a press statement.

Anyone who knows about boating knows that docking is one of the moments in which captains have to pay the closest attention: hit another boat and the consequences could be disastrous, resulting in potentially millions of dollars in damages and serious injury.

The captain has to steer in the general right direction, and the system makes adjustments to any obstacles in real-time.

Volvo Penta first unveiled its system two years ago via a live demo at the Volvo Ocean Race in Gothenburg, Sweden. During that event, a boat was able to autonomously guide its way between two 72.6-foot (22 meters) racing yachts.

Volvo Penta hasn’t gone as far as saying their new technology gets rid of the need for a captain — perhaps it’s the seas version of Tesla’s “Full Self-Driving”, which still calls for an alert driver behind the wheel.

Nevertheless, the technology promises to make yachting safer and it stands alongside other promising autonomous sea travel innovations — such as this AI-powered sailing ship that crossed the Atlantic.

The assisted-docking boat technology will be available from this spring, and anyone who already owns a Volvo Penta motor yacht sized between 35-feet (10 meters) and 120-feet (36 meters) will be able to add the system to their vessel.