Vertical Farms Run by AI To Solve the Land Crisis 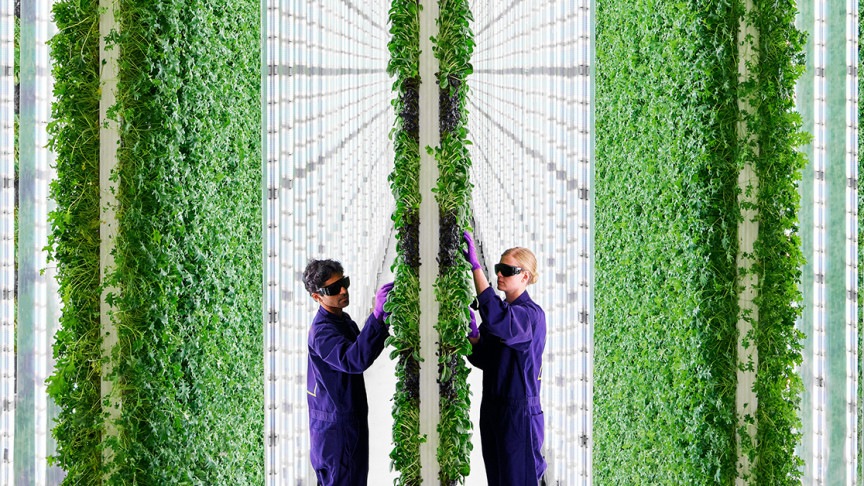 With the population of the world being the largest it has ever been, the responsibility to feed this ever-growing population is getting harder and harder which is why experts think that vertical farming is the future.

Vertical farms are indoors and can be placed anywhere, making them crucial in a time where farmable land is on decline. Plenty, which is an ag-tech startup in San Francisco co-founded by Nate Storey, is reinventing and revolutionizing farms and farming.

Plenty is revolutionary in the sense that products can be grown year-round with employed robots and AI continually improving the quality of growth of the goods all the while using 95% less water and 99% less land.

On a mission to solve the land crisis, Storey explained in an interview with Forbes, “The reality is, there are five places in the world where you can grow fresh fruits and vegetables really economically, and all of that land is used up at this point. Vertical farming exists because we want to grow the world’s capacity for fresh fruits and vegetables, and we know it’s necessary.”

“Imagine a 1,500-acre farm. Now, imagine that fitting inside your favorite grocery store, growing up to 350x more. That’s efficient,” Plenty writes. And it is indeed efficient.

This is how Plenty’s climate-controlled indoor farms look: Rows of plants situated next to each other, growing vertically and hanging from the ceiling. There are robots to move them around and the company makes use of AI to manage water, temperature, and light.

With sun-mimicking LED lights situated above them, the plants’ environment is continually optimized to make sure they have the best crops possible. The farm is so successful that it produces 400 times more food per acre than a flat farm.

On top of all that, the water used is all recycled and the evaporated water in the air is captured for reusing. The flagship farm in San Francisco is using 100% renewable energy, too, per Plenty.

Most recently, Plenty announced that it has raised $140 million in Series D round led by Softbank’s Vision Fund 1 on October 14. With a previous $400 million investment from SoftBank, former Google chairman Eric Schmidt, and Jeff Bezos, this has brought Plenty’s total funding to date to $541 million.