US Spy Boat Ashore in Scotland – After Secret Mission? 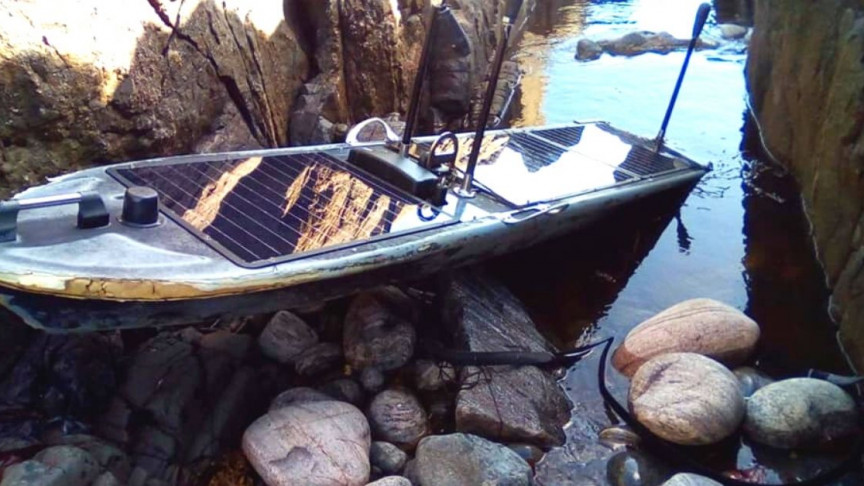 Beach lovers of the Scottish Isle called Tiree called the local coastguard down after chancing upon a baffling boat-like craft, according to a Facebook post from the UK’s Maritime and Coastguard Agency.

When officials arrived at the scene, they found a U.S. drone squeezed between two rocks — which means it ran aground in the recent past.

While no one has claimed the uncrewed boat, Maritime Executivesaid the drone was initially tied in place to keep it from floating out to sea. However, Forbes reports the drone was since moved to the home of a local man to stop tourists from seeing it (or seeing too much).

US spy boat washed up in Scotland, no one claims ownership

Experts identified the drone as a U.S.-made Liquid Robotics Wave Glider — a crewless watercraft engineered to self-deploy across thousands of miles with a small onboard payload, reportsPopular Mechanics.

The Wave Rider is hard to miss because of the handle on the bow combined with a suite of three solar panels.

The Wave Rider only has one section — the hull. The spy boat also features a submarine unit equipped with fins, capable of gathering wave energy to propel it into the depths of the ocean. This machine wasn’t present in the Scotland find, and was probably lost at sea.

Obviously, the drone has seen better days. The Wave Rider’s edges appear warn away and buoyancy foam has accumulated around the spy boat — implying a long wandering path along the rocky Scottish shoreline. The missing sub unit could have been cut loose from the drone, which would have left it adrift without propulsion.

Not every spy mission ends well — everyone knows the disavowal clause in “James Bond” films that awaits secret agents if captured. But as drones become more capable of carrying out espionage on land, sea, and air — we will probably see more technology lost to the elements.