US Netflix Subscribers Watch 3.2 Hours and Use 9.6 GB of Data Per Day 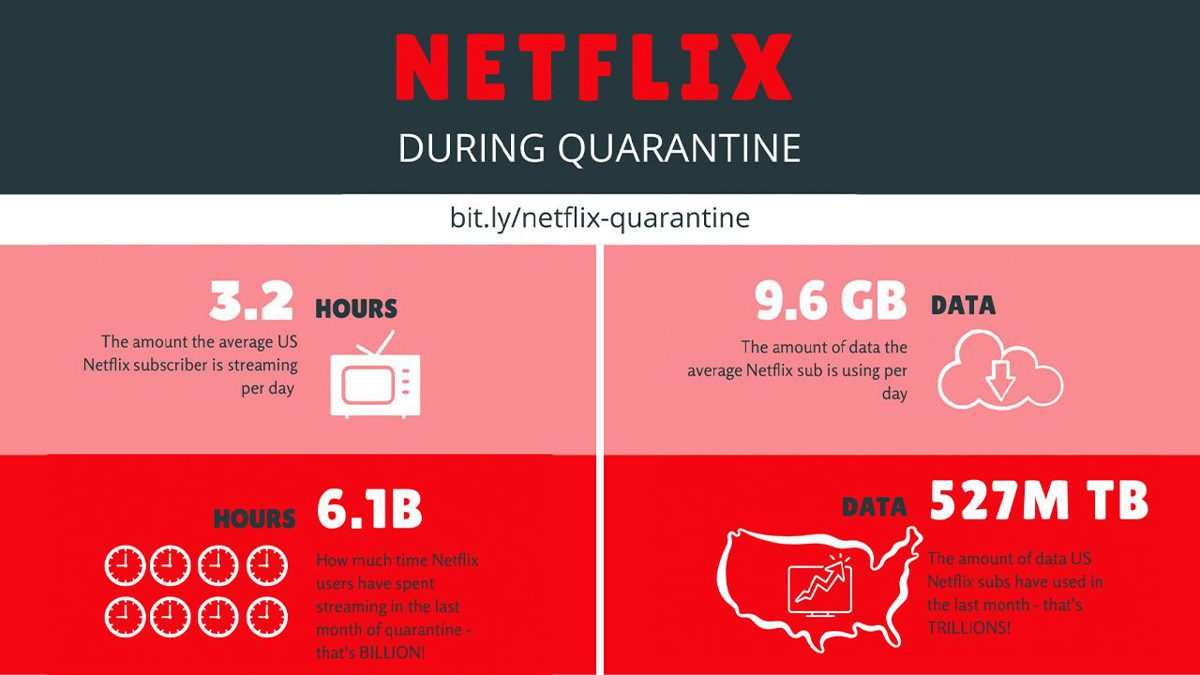 Americans are staying indoors, thanks to the COVID-19 quarantine. To pass the time, many have turned to video-streaming services such as Netflix for entertainment. The company recently reported adding 15.77 million more worldwide subscribers in the first quarter of 2020. But how has quarantine changed our streaming behavior?

In 2019, Netflix admitted the average user watched around two hours a day, but with everyone stuck at home, that number has gone up. Nielson found that users are watching video 61 percent longer, which means Americans are now watching 3.2 hours of video a day while in quarantine.

Kill the Cable Bill did the math for us all to figure out that US Netflix subscribers are watching a collective 203,840,000 hours per day and viewed over 6.1 billion hours of content over the last month. With all those hours of video comes the question of data usage.

Since streaming in HD is expected to use about 3GB of data per hour, Kill the Cable Bill was able to determine the average subscriber is using 9.6GB of data each day and 288GB a month. This is a major reason that US carriers and ISPs are removing data caps for the time being.

If there are 63.7 million US subscribers averaging 3.2 hours of streaming a day, then we are collectively using 18.346 million terabytes of data per day and 527 billion TB a month. This increase in transmitted data has been enough to slow down internet speeds across the country, but the system is expected to survive.