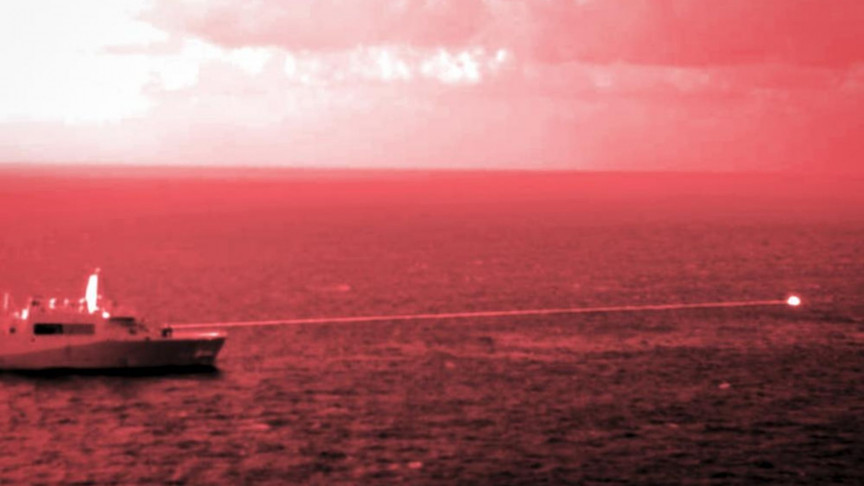 USS Portland tested a high-energy laser weapon system while sailing in the Gulf of Aden this week, a U.S. Navy press release said. The target of the test was a floating object that the amphibious transport dock ship had lowered on the surface of the sea as part of the demonstration.

USS Portland is part of the Essex Amphibious Ready Group that includes the amphibious assault ship, Essex, dock landing ship USS Pearl Harbor and Marines from the 11th Marine Expeditionary Unit, the press release added. In 2018, the Office of the Naval Research had selected Portland to host the laser weapon technology.

According to a Business Insider report, U.S. vessels in the Gulf of Aden, the water body separating East Africa from the Arabian Peninsula, are under threat from drone boats that are remotely operated by rebel forces in Yemen. Often laden with explosives, these boats are movving closer to their intended targets before being blown up.

The Navy further added in the press release that the LWSD is the next-generation version of the Laser Weapon System (LaWS) that was previously tested on the USS Ponce for three years, while it was operating in the Middle East. However, this is not the first time the LWSD demonstration has been held. In May 2020, the LWSD was used against a flying drone in the Pacific Ocean, where it successfully decimated the unmanned aerial vehicle.

In addition to this, the U.S. Navy is also testing the high-energy laser and integrated optical dazzler and surveillance or HELIOS system for its Arleigh Burke-class destroyers, Business Insider reported.