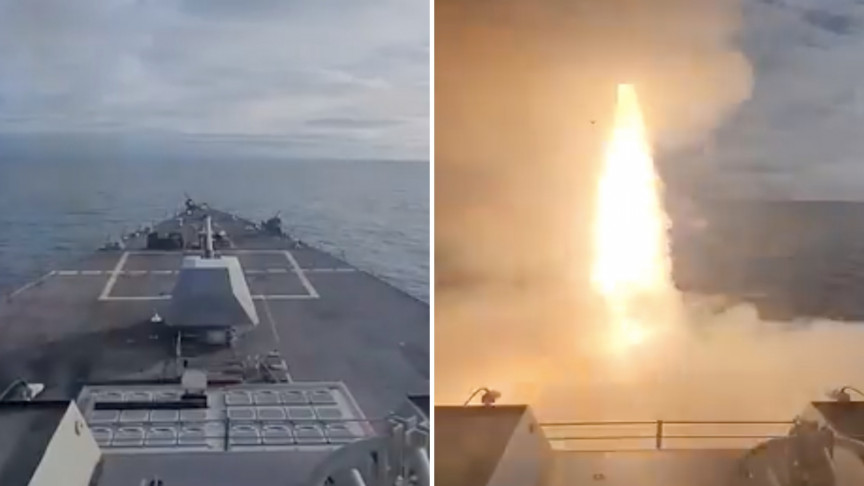 The SM-6 missile was launched off of the guided-missile destroyer USS John Finn on April 25 off the coast of San Diego, and managed to hit its target 402 km (250 miles) away. It was able to do so by using gathered data collected from manned and unmanned ships and aircraft.

“It was really complex… We teamed manned and unmanned vessels together. We also used the fusing capability that we’re doing some experimentation on. It was totally passive where we didn’t have active sensors on target,” Rear Admiral James Aiken said on Monday, April 25.

Using drones to help hit faraway targets will enable the U.S. Navy to detect, track, and ultimately, destroy enemies, even if they’re located a few hundred miles away. On top of that, they’ll manage to do so without ever jeopardizing friendly ships’ locations to enemy sensors.

This proof-of-concept SM-6 exercise paves the way for the U.S. Navy to augment its powerful, yet easily detectable, targeting radars with drones to exchange targeting data without the target becoming aware.

Manufactured by Raytheon Missiles & Defense, the SM-6 missile is a three-in-one missile that can perform anti-air warfare, ballistic missile defense, and anti-surface warfare exercises. It’s particularly made for navies, as it offers higher flexibility in limited ship space.

This latest U.S. Navy test demonstrated how such a surface-launched missile could go well beyond a ship’s radar range, which is limited by the curvature of the Earth.

As reported by Naval Technologies, UxS IBP 21 lead live-fire planner lieutenant commander Ryan Doyle said that “This entire exercise was a great opportunity to get staff exercise planners, program designers and most importantly sailors to work together and integrate multiple unmanned capabilities that are tactically relevant in many areas of the world today.”

Indeed, as the Navy mentioned, the aim of this battle problem was to test the capability with fleet sailors, and see how this technology and these systems could be used in future warfare.