US Army Picks 6 Companies to Find Solutions for EVs 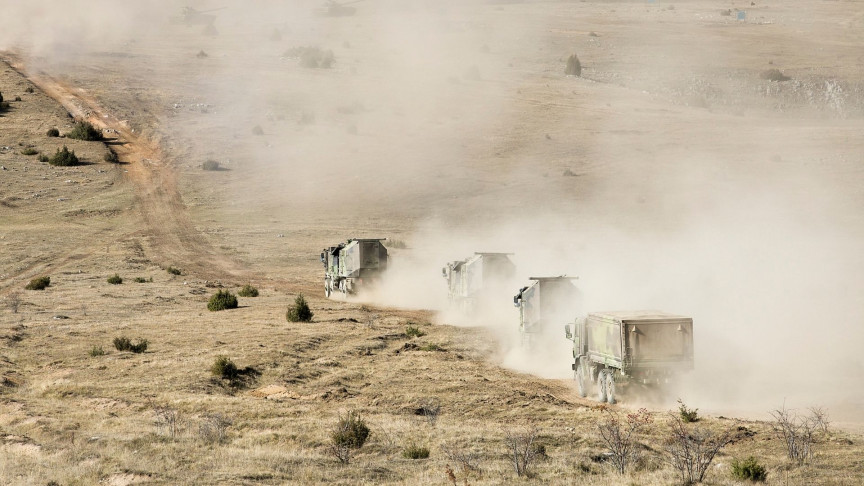 As the U.S. Army moves towards powering its future field vehicles with electric power, it’s selected six companies to help it on its mission.

Known as the Power Transfer Cohort, the six qualified U.S. companies come from all over the country, and many don’t have previous experience with the Department of Defense. However, they were all selected because of their range of different technologies and expertise, and for their desire to help the U.S. Army develop ways to power electric vehicles (EVs) in remote locations.

The Cohort Program works in collaboration with the Army Applications Laboratory (AAL) and Alion Science and Technology, said AAL in a blog post on April 12.

“Last year, we launched and validated this new Cohort Program approach. We know it works, and we’re already seeing the results for our Army mission partners,” said Col. Len Rosanoff, director of AAL.

“The Power Transfer Cohort is a chance to show that this model can scale across the Army to solve other complex problems. This approach will make the Army a better business partner for industry. And we want others in the Army to know they can do this, too,” he continued.

The future fleet of Army EVs will be made up of roughly 225,000 vehicles, all of which will have to have a power source once they’re out in the field.

The eight-week program kicked off on March 29 during a virtual event, and each team received $100,000 to complete it. The end result will be a concept design that will be presented to U.S. Army stakeholders.

The six companies in question include Coritech Services, Inc. from Michigan, Czero, Inc. from Colorado, Fermata Energy from Virginia, PC Krause and Associates from Indiana, Tritium Technologies, LLC from California, and Wright Electric from New York.

Currently, the Army’s fleet of vehicles can end up stuck because of a lack of fuel sources, or when their disposable batteries die. The hope with the new Cohort program is to minimize and, ultimately, eradicate these issues entirely.

These changes are already shaping up around the world. NATO, for instance, is looking into solar-powered tanks. And in terms of technological advancements, they’ve been a big focus for the U.S. Army. Just take its new goggles that see through walls or its next-gen rifle stabilizing system. We’re very curious to see what these six companies will come up with for the Army’s EV solutions.