US Army Developed Vaccine Shows Promise Against COVID and Its Variants 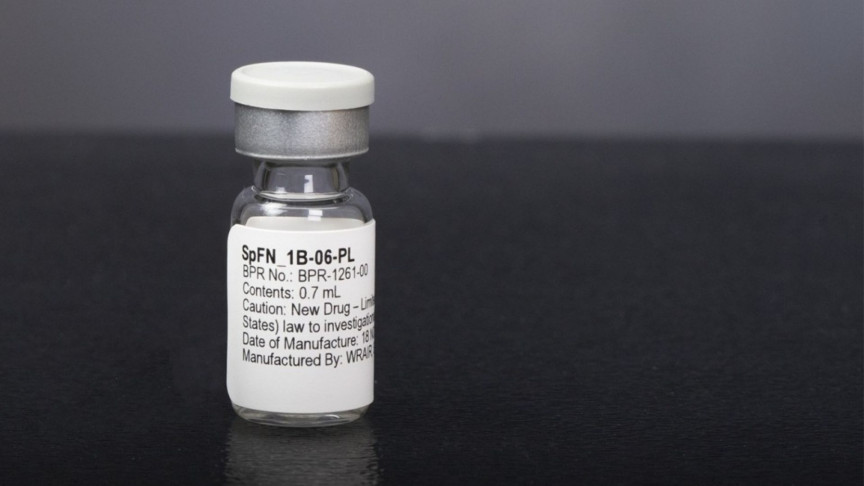 A novel vaccine against COVID-19 developed by the researchers at the Walter Reed Army Institute of Research (WRAIR) not only evokes a good immune response but also protects against its variants as well as other COVID variants, a U.S. Army press release said.

Vaccine makers are racing against time to develop a variant-specific booster should previously administered vaccines fail against the Frankenstein mix of mutations that the Omicron variant possesses. Although preliminary data shows that vaccines and boosters are likely to offer protection, for now, the possibility of another variant cannot be dismissed. Researchers at the Emerging Infectious Diseases Branch (EIDB) of WRAIR, therefore, developed a vaccine that can be used against all variants of the SARS virus and other variants that might emerge in the future.

To do so, the team used a new vaccine technology called Self-assembling Protein Nanoparticle, Business Insider elaborated. It consists of a small particle with multiple faces, each capable of carrying a part of a spike protein that the host’s immune system can latch onto and prepare against. Scientists attached spike proteins from multiple coronavirus strains on the Spike Ferritin Nanoparticle (SpFN) creating a pan-SARS vaccine candidate.

Results from WRAIR’s preclinical studies in non-human primates published in Science Translation Medicine showed that the SpFN when administered in two doses 28 days apart offered protection from the COVID-19 virus, its variants of concern such as Alpha, Beta, Gamma, and Delta variants as well as SARS-CoV-1 that caused an outbreak in 2002 and 2003, the press release said. Results from Phase I clinical trials in humans that began in April 2021 are expected later this month and be compared to COVID-19 vaccines that have already been approved.

“The repetitive and ordered display of the coronavirus spike protein on a multi-faced nanoparticle may stimulate immunity in such a way as to translate into significantly broader protection,” said Dr. Kayvon Modjarrad, Director of the EIDB at WRAIR, and the U.S. Army lead for SpFN.

“Our investment in developing a next-generation vaccine is an important step towards getting ahead of COVID-19 and future disease threats,” said Dr. Nelson Michael, Director of the Center for Infectious Diseases Research at WRAIR.