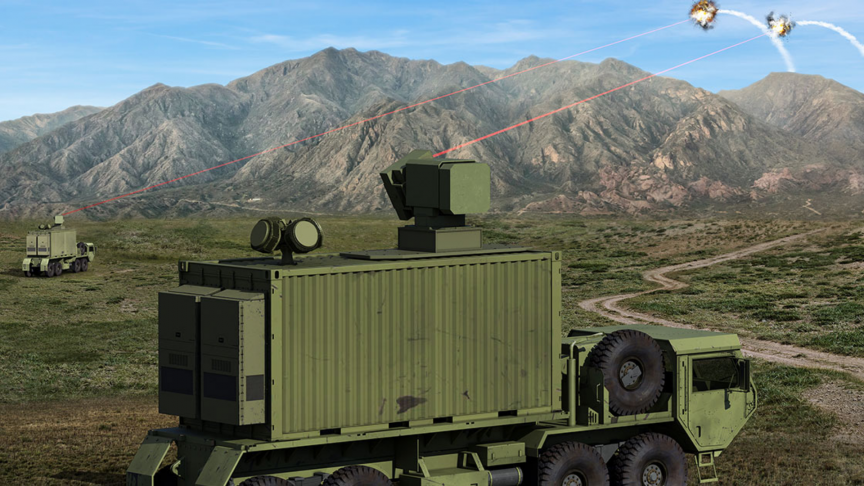 The U.S. Army has moved a step closer to a future where it uses directed energy weapons to counter its adversaries. The Rapid Capabilities and Critical Technologies Office (RCCTO) of the U.S. Army has awarded a contract to General Atomics Electromagnetic Systems (GA-EMS) and Boeing to develop a prototype of a 300kW-class laser weapon system, a press release said.

In its efforts to strengthen its Short-Range Air Defense (SHORAD), the U.S. military is using multiple approaches. Earlier this week, we reported that General Dynamics was teaming up with Epirus Inc., to deliver a directed energy weapon using high-power microwave technology. The weapon developed through this collaboration will find its way on the Stryker combat vehicles that General Dynamics makes for the U.S. Army.

In July this year, the RCCTO carried out a combat standoff for a series of futuristic scenarios involving aerial threats using a laser weapon. While the details of the weapon were not revealed then, the recent award for the high energy laser weapon system provides hints of who was involved in the standoff.

“The high power, compact laser weapon subsystem prototype that GA-EMS will deliver under this contract will produce a lethal output greater than anything fielded to date,” Scott Forney, president of GA-EMS said in the press release. The weapon system is expected to be deployed not only against unmanned aerial vehicles (UAVs) but also against missiles.

The contract for a prototype that demonstrates the design will employ two seventh-generation lasers developed by General Atomics, the press release added. “Recent architectural improvements have enabled our single-beam DG Lasers to achieve comparable beam quality to fiber lasers in a very simple design without the need for beam combination,” said Dr. Michael Perry, vice president for lasers and advanced sensors at GA-EMS.

For its part of the collaboration, Boeing will supply the laser beam director and precision acquisition, tracking, and pointing software, per the press release. “This technology represents a leap-ahead capability for air and missile defense that is necessary to support the Army’s modernization efforts and defeat next-generation threats in a multi-domain battlespace,” Forney added.

Interesting Engineering has reached out to General Atomics and will update the story when a comment is received.